Feeling sad isn’t always a bad thing, but the overwhelming feeling of depression can make you feel like your world is ending. Depression is a mood disorder, which is characterized by emotional sadness, behavioral modifications such as mood swings and an occurrence of random negative thoughts.

If you feel like you’re experiencing the blues on a consistent basis, don’t be discouraged; you’re not alone. Depression is becoming a common condition with more than 3 million people dealing with this mental condition every year.

Depression often results in a feeling of hopelessness. Various factors have been known to cause depressive disorders, including life events such as tragedy, death in the family, persistent disease, menopause or physiological factors.

Whatever the case may be, depression often results in complete isolation of an individual, interferes with their normal functioning, decreases performance and alters the life-work balance of the individual.

Depression can often become debilitating, but figuring out which form of depression an individual has might serve as a basis to help cure the condition. The types of depression include:

Various factors have been known to cause depression.

Various neurological disorders, physiological conditions and fatal diseases have been indicated in the development of depression.

This is one of the major causes of depression as life can be hard at times, full of traumas and tragedy. While some people are able to cope with the events, others fall into the void of deep shock or major depressive disorder. The events may be physical abuse, sexual exploitation, death, loss of a relationship, non-requited love and bereavement.

Various drugs and medications are known to cause depressive symptoms in a majority of the patients. Treatment of hepatitis with interferon is one such example.

Symptoms vary from person-to-person, however, some of the most common symptoms associated with depression are:

While some of the symptoms are manageable with drugs and therapies, other symptoms such as thoughts of suicide or aggressiveness should be met with utmost care and expert therapies. Patients should be constantly monitored for their actions and behavior. Early diagnosis and therapy/treatment are most effective in both severe and mild cases.

How to Treat Depression

Various clinical medications and physiological therapies have been indicated. However, it is pivotal to identify the cause and symptoms prior to initiating any treatment regimen.

Unlike antidepressants that cause severe adverse effects on mental health and libido, these SSRIs and SNRIs are associated with fewer side effects. They include:

Although not convenient, the behavioral and physical modifications play a critical role in elevating your mood, decreasing the feeling of loneliness, thoughts of suicide and inculcate new direction in life. Various strategies are:

Complications
Depression or major depressive disorder not only affects the individual but also causes coping problems for the immediate family, colleagues and friends. Additionally, the disorder causes long-term complications if left unattended. Some of the common complications are:

Various natural remedies and therapies, other than the conventional health treatment strategies, have been indicated in depression. These include:

Herbal Treatment: Two supplements, SAMe and 5-HTP, are used in treating depressive symptoms. These supplements are safe and do not cause any adverse events.

Hypnosis: This is usually rare and is practiced in various developing countries.

Massage Therapy and Meditation: It can promote relaxation and feeling of enlightenment.

What Foods Should You Eat When Dealing with Depression?

Research has shown a shocking connection between depression and the food that we eat. Certain foods can trigger depression while others may help elevate your overall mood. Listed below are foods that can help prevent future headaches and keep depression away:

Final Words for Those Struggling with Depression

While some can handle the struggles of everyday life, some fall victim to the seemingly never-ending cycle of sorrow. Depression is a major mood disorder, which is characterized by a loss of hope, a feeling of guilt or loneliness and persistent sadness. Early diagnosis and treatment are effective in managing the symptoms and decreasing suicidal attempts.

Family and community support are imperative during this time. A growing number of people have found that alternative remedies such as yoga and meditation are extremely effective when coupled with conventional medicine and can help manage and even cure this mental condition. Make sure you speak with your doctor to ensure these alternative remedies are beneficial for you.

How many people are depressed in the US?

According to healthline.com, 16 million people in the U.S. suffer from depression or experience at least one major depressive episode during their life. 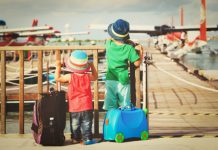