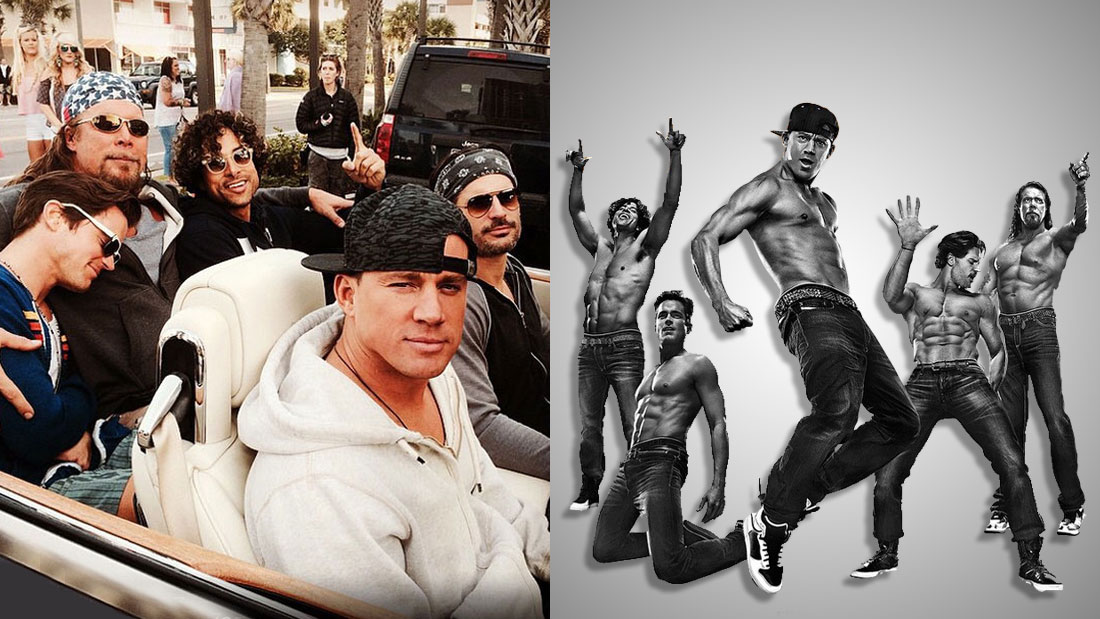 It’s finally here! With the initial release out of the way on 25th June, Magic Mike XXL is all set to hit theaters on 1 July 2015, and not a moment too soon. The makers have left us anxious and palpitating, ever since the first trailer cut of the flick was released back in Feb.

Needless to say, even then we wanted to get in there and feel Channing Tatum’s abs. That said, we’ve expanded our horizons to include some of the other cast members, namely Joe Manganiello, Adam Rodriguez, Matt Bomer and Kevin Nash, and if you want to know what it takes to have a body that almost looks Photoshopped (but, isn’t!), you’re in for a real treat.

Things are about to get hot and heavy, as we explore how the boys sweated it out for the super-sized flick, which we think should’ve totally been in 3D.

The XXLWay Of Fitness
The boys jacked-up their body with a high-protein diet and were completely off carbohydrates (how else do you get such well-defined six-packs?). Unfortunately, while it took care of bloating and gave them extreme muscle tone, the meal plan also left them moody and irritable.

Needless to say, a powerful cardio and fat-burning session was in order even while they were on the sets, because the gyrating, thrusting, body popping and helicopter moves in the dance routine called for some serious core strength, endurance, and calorie loss.

As for the rippled muscles that glistened under the lights, each actor turned to their trainer to strength train for a body worthy of a stripper.

Channing Tatum: His rock-hard abs were a result of two things—intense training, and even more intense dance routines. Dancing comes easily to the actor, but for the film he took it up several notches. He had two dance sessions—one all on his own, and one with the whole group. The actor trained for three hours every day. Tatum’s warm-up includes running for 10 minutes on the treadmill. He put in an unbelievable amount of time while working out with his New York-based trainer, William J Harris, who gets him screen-ready with circuit training.

Joe Manganiello: He did intense super-sets under the supervision of his trainer, Ron Matthews. He documents his road to being an exotic dancer in his book, Evolution. Joe unabashedly notes that the Magic Mike XXL fitness routine is challenging to follow, as it demands muscle building and fat burning at the same time. The result of his efforts are jaw-dropping, and we’re sure fiancée Sofia Vergara is only too happy!

Matt Bomer: He left behind his White Collar on the sets of USA network, and was all poised for the big screen. “Fear is a great motivator, so I just remember that at some point they’re going to call action and I’m going to be scantily clad and going to be held accountable for it, so fear motivates me to go workout.” Well, by the looks of the trailers, Bomer did good and has no reason to worry.

Adam Rodriguez: “The two months leading up to the movie were intense; three hours of physical training, two hours of dance rehearsals a day, and a strict diet“, revealed the actor, when E! News questioned about his exercise program for the movie.

Well, it’s all going down for real this Wednesday, but surely Matthew McConaughey will be missed in this installment. That said, we hear you should keep an eye out for dancer Stephen ‘tWitch’ Boss, and apparently Ellen DeGeneres’s gardener (also in the movie), has some great moves too.

Let’s hear it for the boys, ladies!

Read More:
5 Celebrity Dancers With Envious Bodies (& How You Can Get One Too)
Fitness First: Take Inspiration From These Leading Men
Bradley Cooper’s Secret To Gaining 40lb Muscle Weight For American Sniper