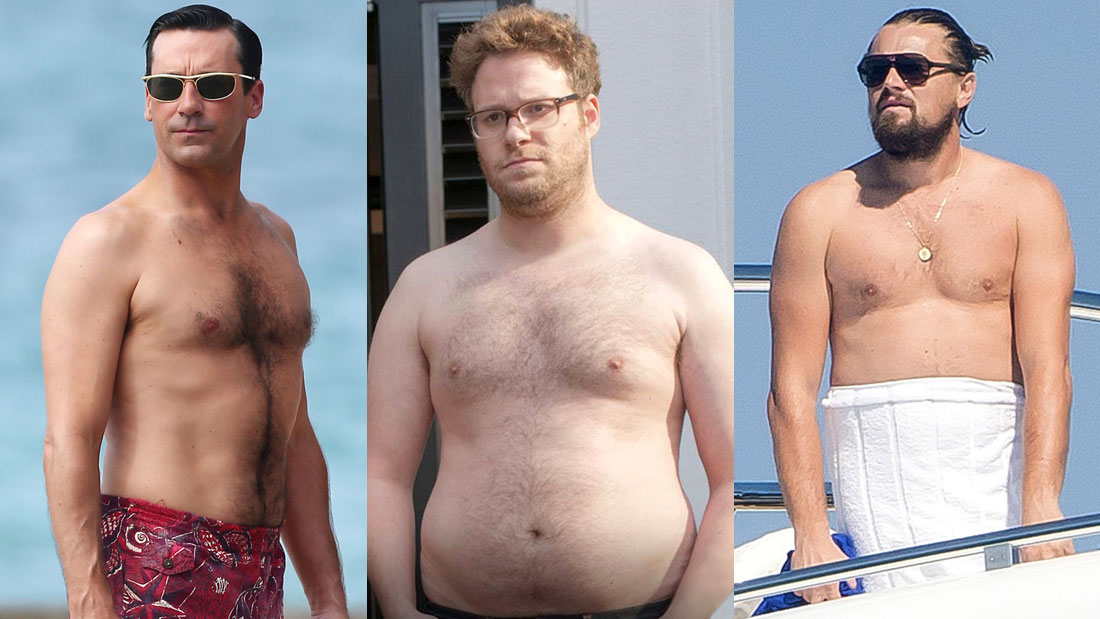 So, you’re dating a guy who has the body of a Greek God: his washboard abs, muscular arms and legs, and amazingly juicy bottom (we’re taking a stab here), are amazing to look at. You’re probably wondering how your average body type has managed to snag a demi-god that, let’s be honest, gets way too much attention than you’re comfortable with.

Well, that’s what you get when Magic Mike XXL inspires men around the world to up their game. However, in the face of 6- and 8-pack abs comes the latest ‘Dad Bod’ trend, which suggests that new-age women are extremely content with their men being the size of the average male—think Jason Segal, Leonardo Di Caprio, Seth Rogen.

The trend went viral after Mackenzie Pearson, a student stated in her blog post that more and more women crave men with “a cuddly torso and gentle paunch.” This physique is non-threatening and is a type that won’t undergo any drastic transformations over the years. And if you’re someone who doesn’t like too much change, well, here’s the perfect man for you.

Go Daddy, Go!
To be honest, this has stirred up controversies of the expected kind, with women rooting for the ‘Mom Bod’ movement. But, we feel an underlying wave is already on, what with celebrities and public figures supporting body positivism among women, so why not give the men a break too?

After all, isn’t weight loss supposed to be about being healthy, and not trying to conform to a body type or unrealistic image? We’re all for the Dad Bod, just as we’re all for the #nothighgap movement. The aim is to be fit, not skinny!