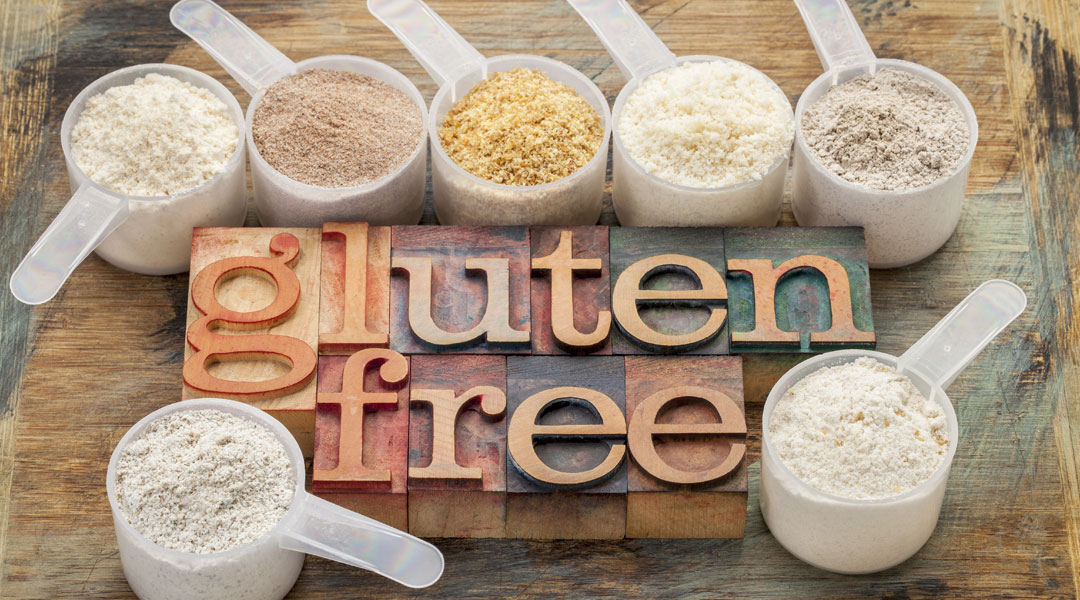 A gluten-free diet is a diet that excludes foods containing gluten. Gluten is a protein found in wheat, barley, rye, malts and triticale. Gluten is used as a food additive in the form of a flavoring, stabilizing or thickening agent, often as “dextrin”. A gluten-free diet is the only medically accepted treatment for celiac disease, the related condition dermatitis herpetiformis, and wheat allergy.

Additionally, a gluten-free diet may exclude oats. While oats themselves do not contain gluten, oats may be cross contaminated during their milling with wheat or other gluten positive food. To avoid contamination, its best to choose gluten free oats. In addition, small minority of celiacs are allergic to the avenin in oats and may have to avoid oats altogether, even those that say they are gluten-free. A recent systematic review tentatively concluded that consumption of less than 10 mg of gluten per day is unlikely to cause histological abnormalities, although it noted that more research is needed.

Origin of gluten-free diet
About 10,000 years ago, mankind moved away from a purely hunter -gatherer society and he began to grow his own grains, thus causing the start what we know today as agriculture. While the disease likely appeared shortly afterwards, its discovery did not happen until much later, in 1887, when the English paediatrician Samuel Gee first diagnosed it in children.

Today, grains form the majority of the Western world’s modern diet. As gluten exists throughout much of our diet, for those who are intolerant, it can be difficult to avoid.

What a gluten-free diet does
Gluten is the protein part of wheat, rye, barley, and other related grains. Some people cannot tolerate gluten when it comes in contact with the small intestine. This condition is known as celiac disease (sometimes called non-tropical sprue or gluten sensitive enteropathy).

Celiac disease is now clearly known to be genetically determined. Some people have it, but are asymptomatic. Others have the symptoms, but do not realize the cause. Nine out of ten people with celiac disease do not know they have it.  To form a diagnosis, a blood test is usually done first, followed by an endoscopy/gastroscopy and biopsy.

In patients with celiac disease, gluten injures the lining of the small intestine. This injury can result in weight loss, bloating, diarrhea, gas, abdominal cramps, and/or vitamin and mineral deficiencies.

When patients totally eliminate gluten from the diet, the lining of the intestine has a chance to heal and the person will stop having any symptoms.

Steps to carry out a gluten free diet
Removing gluten from the diet is not easy.  Grains are used in the preparation of many foods. Some food may contain small amounts of gluten, although they may not specify this on the list of ingredients. And it can be difficult to eat in restaurants where contamination can occur. However, staying on a strict gluten-free diet can heal the disease. A registered dietitian will help you work out a diet appropriate to you.

Foods that are safe to eat
The following can be eaten in any amount: corn, potato, rice, soybeans, tapioca, arrowroot, carob, buckwheat, millet, amaranth and quinoa.

Malt vinegar contains gluten but distilled white vinegar does not.
Grains are used in the processing of many ingredients, so it will be necessary to seek out hidden gluten.  The following terms found on food labels may mean that there is gluten in the product.

Any of the following words on food labels often mean that a grain containing gluten has been used: Stabilizer, Starch, Flavoring, Emulsifier, Hydrolyzed Plant Protein.

Pros of a gluten-free diet

Faster recovery time: A gluten-free diet may give you an athletic advantage.  Carbohydrates cause your blood sugar to have peaks and valleys. A high-protein, low-glycemic-load approach, which results from a gluten-free diet, increases the free fatty acids in the bloodstream. This enables you to save muscle glycogen, which is used for energy, during exercise.

Improved gut motility and function: Clinical studies show that those people with gluten intolerance are more prone to having various digestion problems, such as Irritable Bowel Syndrome (IBS).

Reduced Systemic Inflammation (SI):  While the process of SI is quite complex and technical, it can result in several unwanted conditions that result from a weaker immune system. To counter the process of systemic inflammation, experts recommend that sufferers of SI begin consuming a diet that consists strictly of whole foods and plant-based foods. They also often recommend that people with SI also eat diets that are free of certain substances, including Casein and Gluten. Such steps can provide an effective and inexpensive way to determine the causes of one’s problems with SI.

Improved nutrient absorption from food: A heavily grain-based diet seems to create some negative influences on the body’s ability to absorb nutrients from food. For example, a diet high in gluten can cause celiac disease, which can damage things called villi, which are contained in a person’s intestinal lining.

Cons of a gluten free diet
Many gluten-free products are not fortified or enriched and contain lower amounts of nutrients such as folate, iron, and fiber than other foods.

Additionally, because gluten-free products are not always available, many Gluten-Sensitive Enteropathy (GSE) patients may have trouble consuming the recommended number of grain servings per day.
A gluten-free diet can be deficient in fiber, thiamine, riboflavin, niacin, folate, iron, or calcium. Talk to your dietician. You may need vitamin supplements.

Conclusion
Researchers are still determining the benefits and drawbacks of consuming gluten, and its overall effects on weightlifters and athletes. However, those with celiac disease can heal their intestines and avoid any symptoms of the condition by choosing a gluten-free diet.