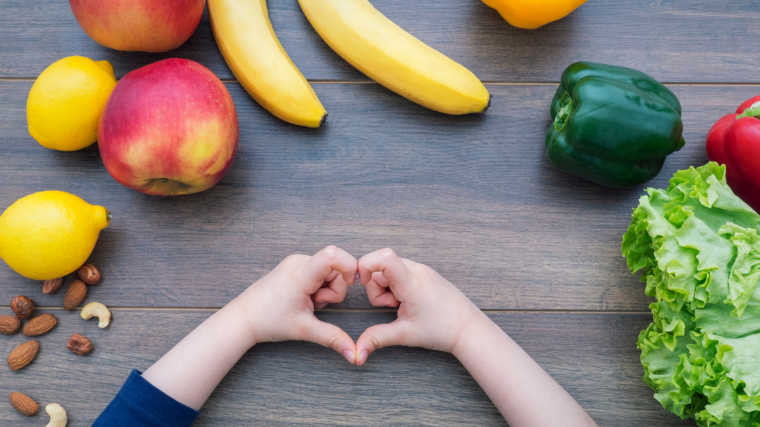 Kids can be some of the pickiest eaters, so serving them a plate of steamed veggies and fish probably won’t make the cut when it comes to healthy recipes for kids. Thankfully, it can be really easy to make healthy adjustments to some of kids’ favorite meals, including everything from lightened up chicken tenders to vitamin-packed mac and cheese.

It’s definitely important that food tastes good to kids, but it’s also important for the food to look similar to what they’re used to eating if you want them to even try it. The following 7 recipes will not only deliver more nutritional value, but they’ll also remind kids of the classics they’re used to enjoying.

This meal looks just like the restaurant meal your kids love but is actually much healthier. The chicken nuggets are coated in panko breadcrumbs, which are Japanese breadcrumbs that absorb much less oil than traditional breadcrumbs but provide just as much crispiness. The nuggets are also baked rather than deep fried, and since the panko crumbs are incredibly crispy, your kids won’t even notice the difference.

The sweet potato fries are also a healthy swap for regular fries, as the sweet potato has more fiber and vitamins, in addition to a lower glycemic index.

It can be difficult to get kids to eat their veggies, especially greens like spinach. One easy workaround is to “hide” the veggies in their favorite foods. Which kid doesn’t love cheese pizza? The trick is to blend the spinach with the pizza sauce in a high-powered blender until it’s seemingly invisible.

You can smear the spinach pizza sauce over wheat pizza dough, then top it off with their favorite cheese. They’ll never even notice they’re getting that super boost of Vitamins K and A in their meal!

Most kids love boxed mac and cheese. You know, the bright yellow kind from the blue box. That mac and cheese, however, is not very healthy and is filled with processed ingredients. This homemade version looks just like that, but with none of the unhealthy ingredients.

Instead, this plant-based version uses butternut squash and cashews (instead of cheese) to provide the creamy texture and bright, golden appearance kids love while packing in lots of vitamins A, C, B, K, and fiber. Kids love the taste so this is definitely a kid-approved mac and cheese!

Kids love hot dogs, but unfortunately, most hot dogs are made up of processed ingredients that can be harmful to their health. One fun alternative kids will still adore is a banana dog.

A banana is placed inside a wheat bun that has peanut butter spread on the inside. A drizzle of jam on top is all you need to complete the full effect of this healthy banana dog!

This is a healthy snack or dessert your kids will adore. Rather than load up actual tortilla chips with loads of cheese, apples are sliced and used as a bed for healthier toppings like peanut butter and honey.

You can top your nachos with whatever healthy toppings your family loves, like dark chocolate chips, dried cranberries, or crunchy granola.

Rather than serve a plate of large pancakes stacked on top of each other, doused in maple syrup, you can whip up these healthier mini pancake skewers. The pancakes are made with whole grain flours rather than all-purpose flour, and they’re portioned out to a much smaller size.

The skewers are also a great way to get more fruits into your child’s diet. The fruit not only adds nutritional value and bulk to the breakfast, but it’s also bright and attractive to little ones.

This recipe is another sneaky way to get some spinach into your child’s meal. The spinach is nestled between ham and cheese inside a warm tortilla, so the kids won’t mind the greens at all!

Make sure you use whole wheat tortillas and a healthier cheese like Swiss cheese for the healthiest version of these quesadillas.