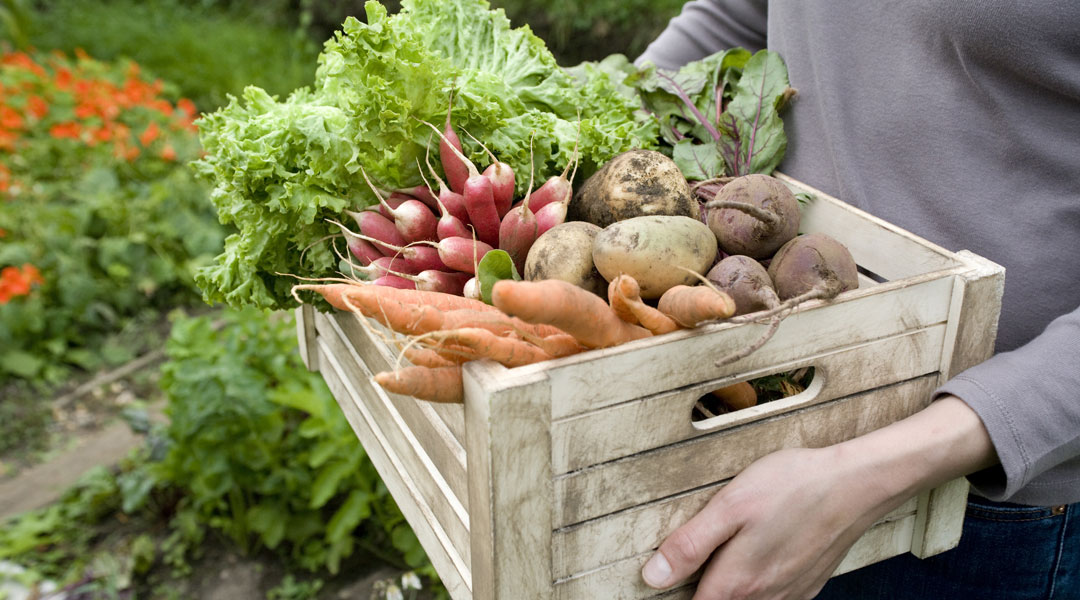 It’s Harvest Month and in celebration, we went on a quest to find the hippest food growers on our fair planet. Farming has been a part of American life ever since the first English settlers arrived at Jamestown in 1607. From those humble beginnings, there are now over two million farms and ranches in the USA, providing millions of Americans everyday with healthy and affordable food. The life of a farmer is definitely not an easy one, but if you like the open country, old fashioned hard manual labour and maybe running into the occasional, hungry, wild coyote (who could eat you for his dinner!) it might just be the life for you.

Believe it or not, some of the world’s most famous people enjoy the cow milking, corn-picking and vegetable growing lifestyle. American Presidents like George Washington, author John Steinbeck and even Superman (his alter ego is farm boy Clark Kent, remember?) are just a few who grew up on farms and were farmers in their early careers. Carrying on the tradition, here’s the next generation of celebrity agriculturists; when they’re not making headlines, they like to get their famous hands dirty in the soil and take their produce and harvest seriously.

Michelle Obama
A fashion icon and role model for women, the current First Lady Michelle Obama is also America’s biggest advocate for nutrition and healthy eating. Since 1800, the most famous address in America -1600 Pennsylvania Ave NW, Washington, DC – has been home to a number of farmers and their vegetable gardens. The second US President Adams and his wife actually grew their own fresh fruits and vegetables on the White House grounds to feed their family, while during the First World War President Wilson and his First Lady turned farmers due to food rationing and even brought sheep to graze on the famous lawns. Hillary Clinton may have had a vegetable garden constructed on the roof of the White House while her husband was Commander In Chief, but it’s Michelle Obama who’s the one with the biggest green thumb of them all.
Motivated to grow fresh food and start her own garden in 2009 when she realized her daughters were not receiving nutritious meals, the First Lady now grows more than fifty five different varieties of vegetables; everything from spinach to lettuce along with various herbs and fruits in the largest and most expansive vegetable garden to ever grace the White House lawns. The freshly grown produce is incorporated daily into meals prepared for the Obama family as well as visiting guests and dignitaries by the White House kitchen. The First Lady even published a bestselling book – American Grown: The Story of the White House Kitchen Garden and Gardens Across America – detailing her experiences of growing her own food and promoting healthy eating.

Paul McCartney
In 1966, in an attempt to save his millions from the taxman, Paul McCartney’s accountant suggested to the Beatle that he invest the money in property. McCartney purchased the High Park Farm near the Mull of Kintyre in Scotland on a whim of his then girlfriend model Jane Asher, never expecting it to become his long term home. When the Beatles broke up, McCartney moved to the farm with wife Linda and children, turned farmer, raised sheep, livestock and grew his own food. The farm life inspired McCartney to write some of his best songs – number one hits like The Long And Winding Road and Mull Of Kintyre are odes to that – while the iconic cover of bestselling album Ram, featured McCartney holding one of his sheep on his farm.
Over the years the music legend has quietly bought more farms across the world, including a massive 151 acre ranch in Tucson, Arizona. Perhaps, more infamously, McCartney’s farming skills became front page news after he was arrested for planting and growing marijuana on his farm in Scotland. McCartney at the time claimed he had no idea what he was growing; a fan had apparently gifted him the seeds, promising it to be exotic vegetables. Alongside with wife Linda, McCartney genuinely cultivated a whole range of fresh fruits, vegetables and other crops to serve up healthy meals everyday to his family. A number of best selling cookbooks by Linda highlighted the joys of farming and vegetarian home cooking and even now, the former Beatle strongly advocates being a vegetarian and eating freshly grown food.

Oprah Winfrey
“Oprah’s on.” That’s the catchphrase millions of women used every week while watching what was possibly the most influential show on American television. For over twenty five years Oprah Winfrey was the queen of the boob tube, influencing the lives of everyone, from celebrities to stay at home moms. Over the years, Oprah did plenty of shows on health, nutrition and eating right – she once even wheeled out a wagon full of fat to represent the 67 pounds she had lost on a diet – and introduced Americans to some of the biggest names in health today, from Dr. Mehmet Oz to Dr. Phil McGraw. Farming comes naturally to the now retired daytime talk show host. Inspired by her grandmother who grew fresh produce on the family’s tiny farm as with everything else Oprah does, the green thumbed billionaire’s gardens and farms are on a grand scale and very ambitious.
Her newest farm in Maui is spread out on one part of the 780 acres she owns of the Hawaiian island and she grows over a hundred different species of fresh vegetables, herbs and fruits on the land. There’s everything from turnips, lettuces, onions, spinach and strawberries, which Oprah harvests to whip up healthy dishes for herself. With tons of food harvested on the farm, she also donates the surplus fresh produce to the local charities and markets. Oprah says growing and eating fresh food has improved her health and well-being and believes many modern day health issues Americans face would be less, if one ate more freshly grown veggies and fruit on a daily basis.

Brad Pitt
Brad Pitt has always epitomized cool; he’s been at the top of People magazine’s “World’s Most Beautiful People” and “Sexiest Man Alive” list for what seems like forever and women worship the ground he walks on. Movies like Twelve Monkeys, Fight Club and World War Z have made Pitt one of this planet’s most famous and bankable stars. Somehow, over the last couple of years, he has gone from being just another Hollywood pretty boy to a wholesome family man and now, the biggest surprise of all, a dedicated farmer. Alongside wife Angelina Jolie and their six children, Pitt grows his own produce and fruit on their $60 million estate and adjoining vineyard called Château Miraval in Provence, France.
Pitt has always been somewhat of a Hollywood anomaly; he now claims he’s a farmer in interviews. Farming, Pitt admits, is his way of escaping from the Hollywood lifestyle, being one with nature, and more importantly, providing his family with healthy food. Over the last few years, Pitt has spent time learning about soil, the climate and then planting accordingly; his most prodigious harvest has turned out to be the grapes on his French estate. Pitt and Jolie turned their grapes into wine, and the first 6,000 bottles of their wine sold out within five hours of being offered. Their next offering, the 2012 Château Miraval Côtes de Provence Rosé, was named the best rosé of the year by various wine organizations and aficionados. Pitt prides himself on being environmentally responsible and encourages farmers to grow their crops in a way that promotes ecological sustainability.

Katy Perry
It’s difficult to keep up with Katy Perry at the moment. Almost every day she’s breaking some record. The Recording Industry Association of America (RIAA) recently named Perry as the best selling digital singles artist in the United States and she’s surpassed Justin Bieber as the most followed person on Twitter. Perry is now the first person with 50 million followers – she even holds the 2015 Guinness World Record for the most Twitter followers. Unless you’ve been marooned on a tropical island, you would know that she’s the biggest female pop star of the twenty first century. And when she’s not making hit records or touring across the globe, Perry is out in the sun, spending hours tending to her vegetable garden.
The sultry music icon grows a ton of vegetables and fruit on her properties and uses them to cook healthy meals for herself. Perry finds growing and harvesting her own produce relaxing and very fulfilling and says it’s now a dedicated part of her healthy lifestyle. Gardening has kept her fit – two hours of gardening uses up the same amount of energy as running a 12 mile marathon. When she’s on tour and away from home, Perry makes sure her diet still consists of freshly grown veggies and fresh organic fruit. Her last album Prism even contained a small packet of seeds, which Perry encouraged fans to plant and “spread the light.” And of course, in her most recent video – This Is How We Do It – food was the major theme with Perry dancing with watermelons and other fresh fruits. Millions of music fans across the world are now probably eating healthy and fresh thanks to Perry.