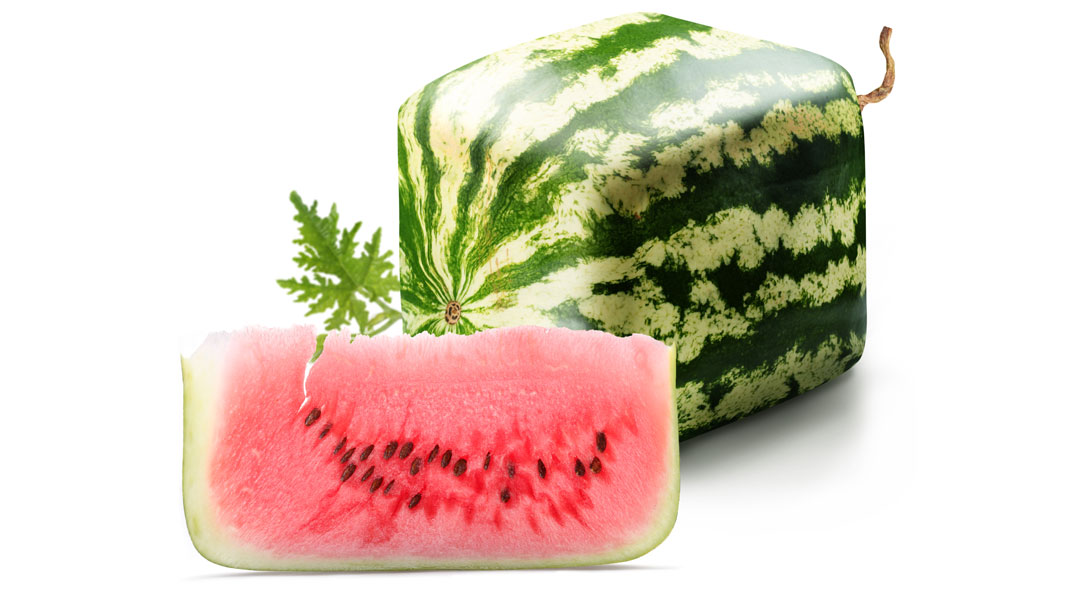 Square watermelons have become quite a rage in Japan, ever since a batch of cube-shaped fruits was harvested in Zentsuji City in 2014. They acquire the shape as they’re grown in boxes. However, since they are harvested before they ripen, they are not edible. So where do the Japanese use them? Square watermelons are a popular gifting item, also used for decorative purposes. A single cube weighs around 13 pounds.

Today, they’re more in demand than ever before. Japanese agricultural officials claim that the overseas orders for square watermelons have also gone up. In the United States, you might find them at top-of-the-line department stores for $100, at least.