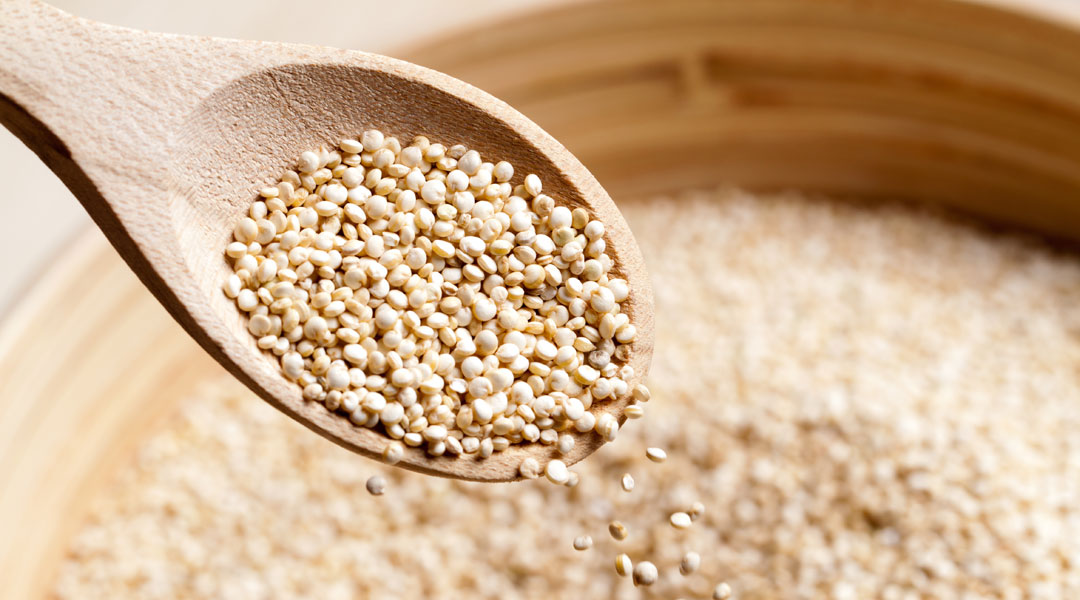 Quinoa originated in the Andean region of Ecuador, Bolivia, Colombia and Peru. It was known as ‘the gold of the Incas.’ The grain was used to feed and energize ancient Incan warriors because it increased stamina. Because it is a seed, rather than a grain, it has a high protein content (18 percent of RDA) and it has a balanced set of amino-acids, making it a complete protein.

In 1532, a Spanish explorer, Francisco Pizzaro, tried to eliminate the grain by destroying its cultivated fields.  His goal was to undermine the Incan culture by destroying the crop, which the Incas considered a sacred food and essential to their ceremonies. Fortunately, he did not succeed. Quinoa is a highly resilient crop, able to survive in poor soils and extremely dry terrains. The seed was “rediscovered by the outside world in the 1970s.

Quinoa is encased in bitter saponins, making it unpleasant for birds, which increases its resilience. In the past, these saporins were left on the grain making the food difficult to prepare. Today, it is sold once these casings have already been removed, making it an easy dish to cook with a nutty flavor. Popular with foodies, it is now sold in many supermarkets as well as health food stores. The United Nations has classified it as a ‘super crop’, because of its resilience, nutrition and fiber content.

Complimentary and varied ingredients: Quinoa’s high fiber helps regulate blood sugar by slowing down the conversion of complex carbohydrates into sugar. It is easy to prepare – it just need to be rinsed and boiled. It has a slightly nutty flavor that complements many diverse cuisines.

Beware of these though

A healthy twist to some recipes with Quinoa

Quinoa has become increasingly popular among the foodie and health food set for its nutty flavor, ease of preparation and nutritional qualities. It used to be found only in health food stores, but with its growing popularity, it is found in more grocery stores and on restaurant menus. It is excellent both as a culinary contribution to a quotidian dish, or for its versatility. While a little pricier than wheat, it has extra health benefits, as it is gluten free, and is a complete protein.