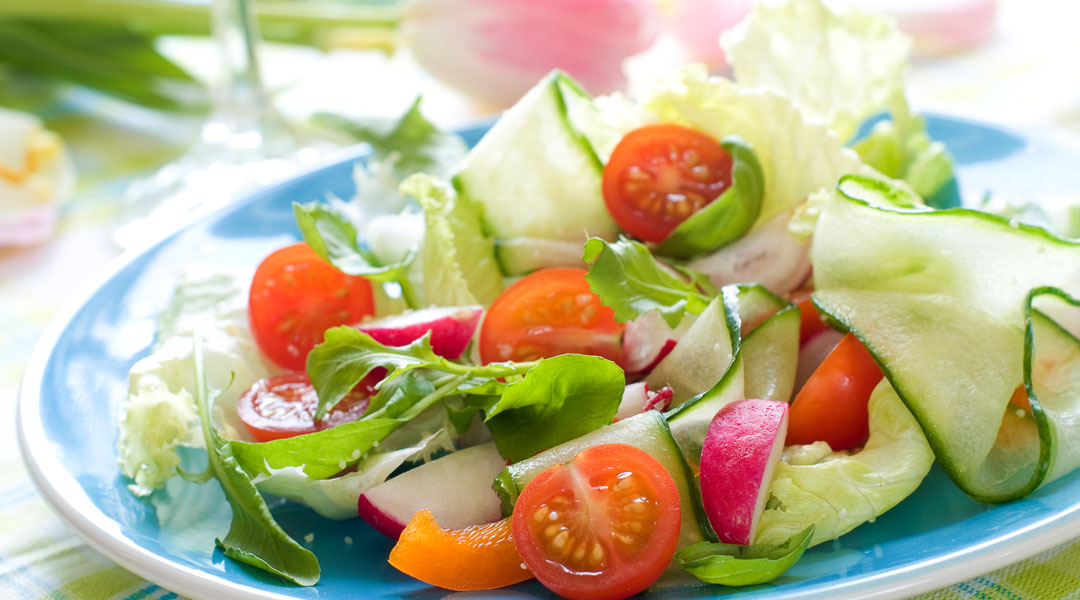 The raw food diet is a diet based on the belief that most healthy food for the body is uncooked. Cooking is thought to denature the enzymes naturally present in food. In general, the act of heating food over 116 degrees Fahrenheit destroys enzymes in food, although with some foods, this process starts at 106 degrees Fahrenheit.

According to raw foodists, if we consume too much cooked food, our bodies are forced to work harder by producing more enzymes. Eventually, a lack of enzymes from food is thought to lead to digestive problems, nutrient deficiency, accelerated aging, and weight gain.

Although most food is eaten raw, heating food is acceptable as long as the temperature stays below 104 to 118 degrees Fahrenheit. The cutoff temperature for heating food varies among those in the raw food community.

Origin Of Raw Food Diet
Raw foods as a dietary health treatment was first developed in Switzerland by medical doctor Maximilian Bircher-Benner. Bircher-Benner is also the inventor of muesli. After recovering from jaundice while eating raw apples he conducted experiments into the effects on human health of raw vegetables. In November 1897, Bircher-Benner opened a sanatorium in Zurich called “Vital Force,” named after a key term from the German lifestyle reform movement which states that “people should pattern their lives after the logic determined by nature”. The sanatorium is still treating patients today.

The German dentist Weston A. Price is considered another of the intellectual founders of the raw food movement.  In a 1936 work entitled Nutrition and Physical Degeneration, he observed dental degeneration in the first generation of indigenous people who abandoned traditional nutrient dense foods which included unprocessed raw milk. Weston-Price also noted, in his book, that the healthiest tribes he visited around the world all incorporated some raw animal foods in their diets.

What The Raw Food Diet Does
Raw foodists call cooked food  – dead food. This is because heat changes the makeup of food. Foods that have been heated have lost all of their life force, and their beneficial enzymes are destroyed. The digestive system has to work harder and longer to process cooked foods to get nutrition and energy from it. Once cooked, a food can lose up to 85 percent of its nutritional value.

On the other hand, raw foods have active nutrients and most of the enzymes have not been destroyed by heat. This makes them easy to digest.

Many people practice the raw way of eating because it is an effective way to lose weight. But that’s not the only benefit of adopting this healthy lifestyle.

The raw food diet contains fewer trans fats and saturated fat than the typical Western diet. It is also low in sodium and sugar and high in potassium, magnesium, folate, fiber, vitamin A, and health-promoting antioxidants. For this reason, it has been linked to more energy, healthier skin, a reduced risk of heart disease, and better digestion. Advocates say that it can help prevent against low energy, allergies, digestive disorders, weak immune system, high cholesterol, and candida.

Steps To Carry Out The Raw Food Diet
The first step to becoming a raw foodist is to start adding more raw foods into your diet. This can be very easy if you start with something simple like fresh fruit or smoothies. There are a number of raw food cookbooks that can help you add variety to your diet, including Raw Food/Real World: 100 Recipes to Get the Glow, RAWvolution: Gourmet Living Cuisine, Everyday Raw and Entertaining in the Raw, Raw: The Uncook Book: New Vegetarian Food for Life.

It can help to familiarize yourself with a couple of really delicious raw food recipes that you love. Get to where you can make them quickly and easily, that way when a craving strikes you have something to combat it with.

Pros Of The Raw Food Diet
People who follow a raw food diet believe it has numerous health benefits, including:

The raw food diet contains fewer trans-fats and saturated fat than the typical western diet. It is also low in sodium and sugar and high in potassium, magnesium, folate, fiber, vitamin A, and health-promoting antioxidants. These properties are associated with a reduced risk of diseases such as heart disease, diabetes, and cancer. For example, a study published in the Journal of Nutrition found that consumption of a raw food diet lowered total cholesterol and triglyceride concentrations.

The raw food diet is also thought to have a favorable acid-alkaline balance, being low in acid-forming food. Too much acidity in the body is thought to result in disease.

Besides the immediate benefits, the raw food diet may theoretically slow the aging process and reduce inflammation, because it contains fewer advanced glycation end products and other potentially damaging compounds.

Criticisms Of The Raw Food Diet
Critics argue that the enzymes that are destroyed by the cooking process would have been destroyed in the stomach, before the reached the gut and were absorbed by the intestines. For this reason, they say that the benefits of a raw food diet are overrated.

Another of the major concerns with the raw food diet is the risk of nutritional deficiencies. Raw foods may not supply the body with enough vitamin B12, iron, zinc, and omega-3 fatty acids. For example, one study found that people on raw food diets have higher levels of homocysteine and lower HDL cholesterol levels, due to vitamin B12 deficiency. Both are risk factors for heart disease.

People with hypoglycemia or diabetes should use caution with the raw food diet. Although the antioxidants, vegetables, and fiber can be helpful, if done improperly it may worsen the condition.

Side Effects
Some people experience a detoxification reaction when they start the raw food diet, especially if their previous diet was rich in meat, sugar, and caffeine. Mild headaches, nausea, and cravings can occur but usually last for several days.

Diets come and go, but the raw food diet has been around for thousands of years. Based on the idea that eating food in its natural state is better for your body than the alternative, the raw food diet has devoted followers worldwide.  Today there are raw food cookbooks and many have turned to it for health reasons and to boost their energy in frazzled and stressful times. Celebrity proponents include Demi Moore, Woody Harrelson, Jason Mraz, Ben Vereen and Carol Alt.