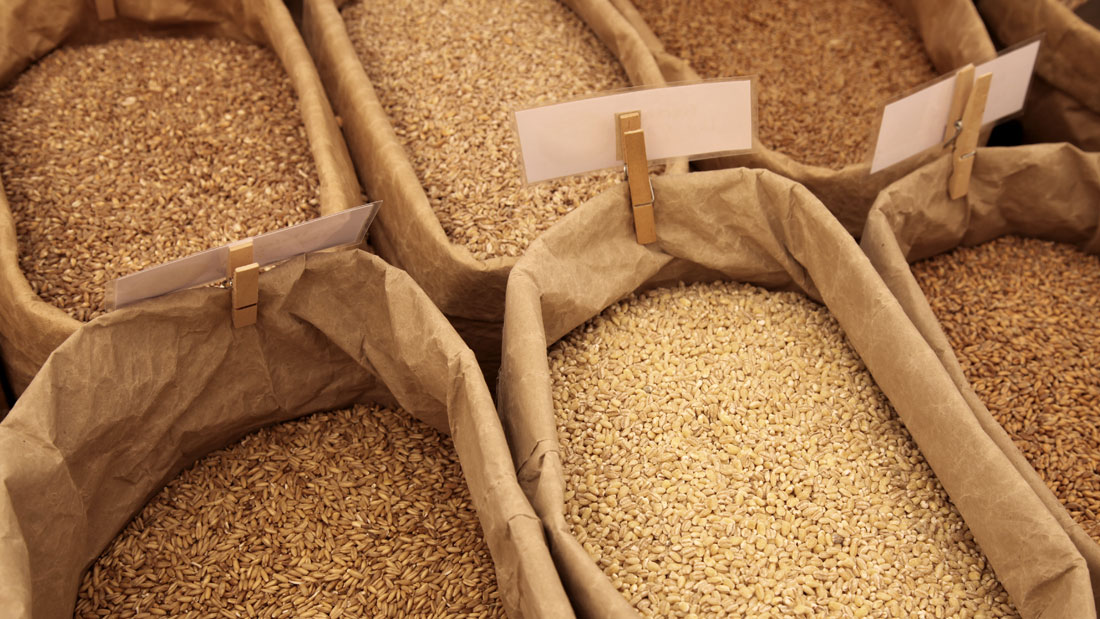 While some of us are still hung up on quinoa and are trying to incorporate it into every meal, the rest of the world is exploring several other super grains that are packed with nutrition and blend well with many recipes.

Right from farro to freekeh, these ancient grains are soon becoming a common name on restaurant menus. With their delicious buttery flavor, they make for a great alternative to rice and pasta. Celebrities like Victoria Beckham and Gwyneth Paltrow are including them in their diet, and celebrity chefs like Yotam Ottolenghi and Jamie Oliver are trying new and different ways to use them in their recipes. Get in on the trend, and get your hands on these super grains. Our top five:

Farro: Also called emmer, this ancient grain was brought by the Romans to Italy from Egypt, centuries ago. It has a distinct nutty flavor and is firm and chewy in texture. In comparison to quinoa and brown rice, farro has much more fiber, and fewer calories. You can use it the same way you use rice or quinoa to make risotto, salad, even soup.

Teff: Native to Ethiopians, teff is a really small grain but contains high amounts of proteins, iron and calcium, as well as vitamin C, which is not too common to grains. What’s also worth mentioning is that this grain is gluten-free, and is made of high-resistance starch that can keep you fuller for long. It is popular among A-list celebrities like Gwyneth Paltrow and Sting. The teff grain can be seasoned and used for a filling. Alternatively, you can add a handful to soup, to thicken it. You might also find teff flour in the supermarket, which has been long used to make Ethiopian pancakes called injera.

Freekeh: Claimed by Jamie Oliver as his new favorite superfood, freekeh is obtained by roasting green, unripe wheat. The result is a chewy, smoky grain that tastes absolutely delicious. It has up to four times more protein than brown rice and is also quite low on the Glycemic Index. It is loaded with ample fiber that supports the health of the colon. You can prepare it the same way as rice, and use it to make risotto and pilaf.

Amaranth: This Aztec grain is a powerhouse of nutrients. It is high in fiber, with a single cup meeting 21 percent of one’s daily recommendation. It is also an excellent source of amino acid lysine, and other nutrients like protein, calcium, magnesium and squalene, a compound that can aid in cancer prevention. Use it to make muffins, or try this Kabocha squash recipe.

Spelt: This grain was eaten in the Unites States in medieval times, but lost its charm with the modern cultivation of wheat. It has now resurfaced as a healthy food because of its high protein and fiber content. Its gluten structure is also much shorter than most grains, making it easier to digest. Spelt has a sweet, nutty chewiness and resembles the taste of barley. It can be found in a variety of forms including spelt berries, flour bread or pasta that you can use in your daily diet. The next time you make mac and cheese, try spelt macaroni.

Read More:
Foodie Forecast: 5 Trends To Emerge From The Healthy Food Awards 2015
Fast Five: Why Amaranth Is Ideal For Gluten-Free Cooking
Is Your Child A Picky Eater? Here’s How You Can Help