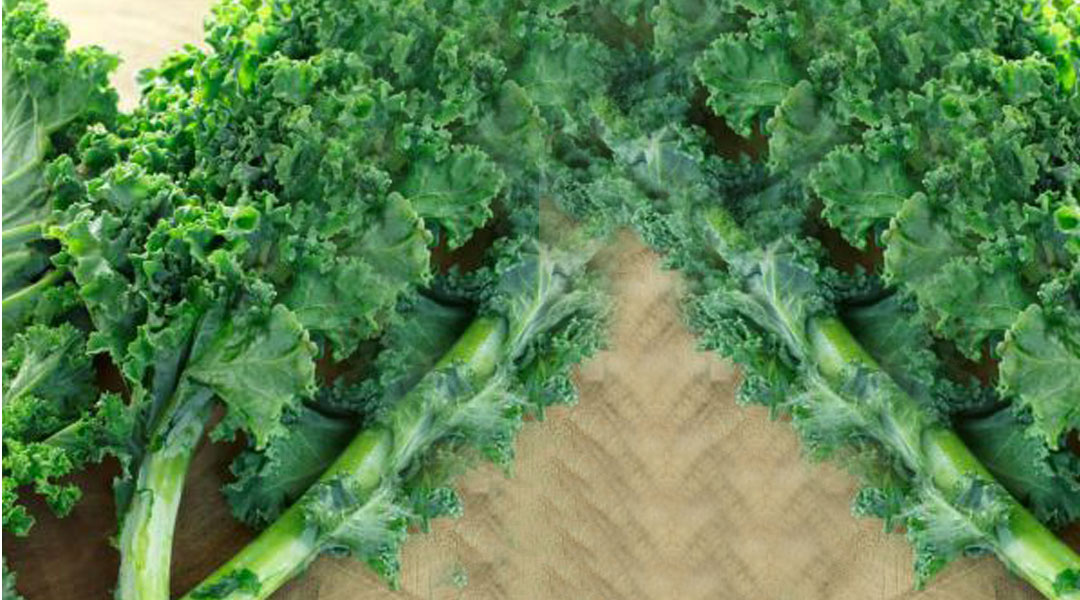 While all vegetables have vitamins, minerals and nutritional benefits, not all vegetables are created equal, and some deserve a little more attention. Kale is one of these super vegetables. Kale is a cruciferous vegetable, high in vitamins and minerals, particularly vitamins K, A, C and manganese.

Kale has been used in cuisines worldwide for hundreds of years, but it has become increasing popular among the health conscious for its antioxidants and anti-inflammatory properties. Its anti-cancer nutrients can be found in the form of Isothiocyanates (ITCs) made from glucosinolates.

Kale is high in fiber, and the isothiocyanates (ITCs) in kale have been shown to help detoxify the body’s cells. The fiber in kale has been shown to be particularly good at lowering cholesterol because of the vegetable’s interaction with bile acids.

Upon tasting kale, some find it too earthy or bitter. However, there are many different ways of preparing it, and it is used in Mediterranean, Northern European, African and Asian cuisines. It can be eaten raw or cooked, in stir-fries, soups, smoothies, salads, casseroles, etc. Although it is often eaten raw in salads, its cholesterol fighting properties are actually more efficacious when it is cooked (steamed kale, sautéd or boiled). Raw kale still has cholesterol-lowering ability–just not as much.

Kale – what is it?
Kale is a member of the Brassica Oleracea, or cabbage family. It is a leafy green vegetable which is otherwise known as borecole. There are several different varieties of kale which can vary in color, from fuschia to lilac, rust red to violet, white to mint, lime to hearty green. Popular varieties include leafy green, Dinosaur, also known as Lacinato or Tuscan, “Russian red”, “Scotch Curled”, ornamental kale and many others.

Kale has been cultivated for more than 2,000 years. It is thought to have originated in Asia Minor and was brought to Europe around 600 B.C. by groups of Celtic wanderers. English settlers brought kale to the United States in the 17th century.

Historically, Kale has been important because of its resistance to frost. Until the end of the Middle Ages, kale was one of the most common green vegetables in all of Europe. Curly leafed varieties of cabbage already existed along with flat leafed varieties in Greece in the fourth century BC. These forms, which were referred to by the Romans as Sabellian kale, are considered to be the ancestors of modern kales.

People often use ornamental kale to decorate their gardens, but it is most commonly enjoyed as a super healthy and nutrition packed food source. Kale in a popular vegetable around the world, and is used in many different cuisines. In the Netherlands, it is very frequently used in a winter dish (a stamppot), as a traditional Dutch dish called boerenkool. A traditional Irish dish, colcannon, mixes kale with mashed potatoes. In Portugal, caldo verde, combines pureed potatoes, diced kale, olive oil, and, chorizo, which can be replaced with Tempeh for vegetarians. In nineteenth century Scotland kail was used as a generic term for ‘dinner’ and all kitchens featured a kail-pot for cooking.

Kai-lan, or “Chinese broccoli,” a separate cultivar of Brassica oleracea much used in Chinese cuisine, is somewhat similar to kale in appearance and is occasionally called “kale” in English. Kale can be eaten raw or cooked. Kale freezes well and actually tastes sweeter and more flavourful after being exposed to a frost.

What are its benefits?
Kale has made a name for itself as a highly nutritious, super-vegetable.

Kale’s cancer preventive benefits have been clearly linked to its unusual concentration of two types of antioxidants, namely, carotenoids and flavonoids. Antioxidants are beneficial to the body because they prevent the buildup of a harmful bi-product of your metabolic processes, namely “oxidative stress.” Within the carotenoids, lutein and beta-carotene are standout antioxidants in kale.

Kale also contains at least 45 different antioxidant flavonoids, including kaempferol and quercetin. Kale’s flavonoids have both antioxidant and anti-inflammatory benefits, and for this reason have anti-cancer properties.

Studies on five forms of cancer — bladder, colon, breast, ovarian and prostate – have shown that the consistent consumption of cruciferous vegetables, e.g. kale, support the prevention of cancer. A clear link has been found with kale’s cancer preventive benefits and its unusually high concentration antioxidants. The Isothiocyanates (ITCs) made from glucosinolates in kale have also been linked to cancer-fighting properties.

Kale is also rich in omega-3 fatty acids. Consuming 100 calories of kale (approximately three cups) provide the body with 25-35% of the National Academy of Sciences’ public health recommendation for the most basic omega-3 fatty acid (alpha-linolenic acid, or ALA).  This omega-3 fatty acid has anti-inflammatory properties. Inflammation in the body has been linked to a range of disease, including cancer.

When we eat kale, the fiber-related nutrients interact with bile acids in the intestines and prevent the bile acids from being emulsified with the fat. Our livers use cholesterol in the production of bile acids.  Bile acids are used in the body to aid with digestion and the absorption of fats through a process known as emulsification.  Kale interacts with the bile acids, helping the body absorb more cholesterol.

The fiber-related components in kale do a better job of binding together with bile acids in your digestive tract when they’ve been cooked (cooked (steamed, sautéd or boiled). Cooking breaks down the fiber in kale, helping them interact with the bile acids. When the binding process takes place, it’s easier for bile acids to be excreted, and the result is a lowering of your cholesterol levels. Raw kale still has cholesterol-lowering ability–just not as much.

Word of caution
According to the Environmental Working Group’s 2011 report “Shopper’s Guide to Pesticides in Produce,” kale is among the 12 foods on which pesticide residues are most frequently found. Therefore, individuals wanting to avoid pesticide-associated health risks may want to buy organic kale.

Like brussel sprouts, cauliflower, broccoli, mustard, canola oil, peanuts and soy, kale contains goitrogen. Normally, excess levels of goitrogen are simply flushed out by the liver, however, persons with thyroid problems should be careful about kale consumption.

Concluding thoughts
Kale can be considered to be one of the healthiest vegetables. It provides excellent nutrition and per calorie, has high concentrations of vitamins, minerals, fibers, omega-three fatty acids and anti-oxidants. Kale has been show to help lower cholesterol and its flavonoids, carotenoids and isothiocyanates have been shown to help the prevention of cancer.

Some people find kale nutty, bitter or overly heavy on first taste. Luckily it is a highly versatile vegetable that can be cooked in many different ways. Many cuisines steam or steam-fry Kale with garlic – its strong taste complements other intense flavors such as olive oil, onion or sesame.