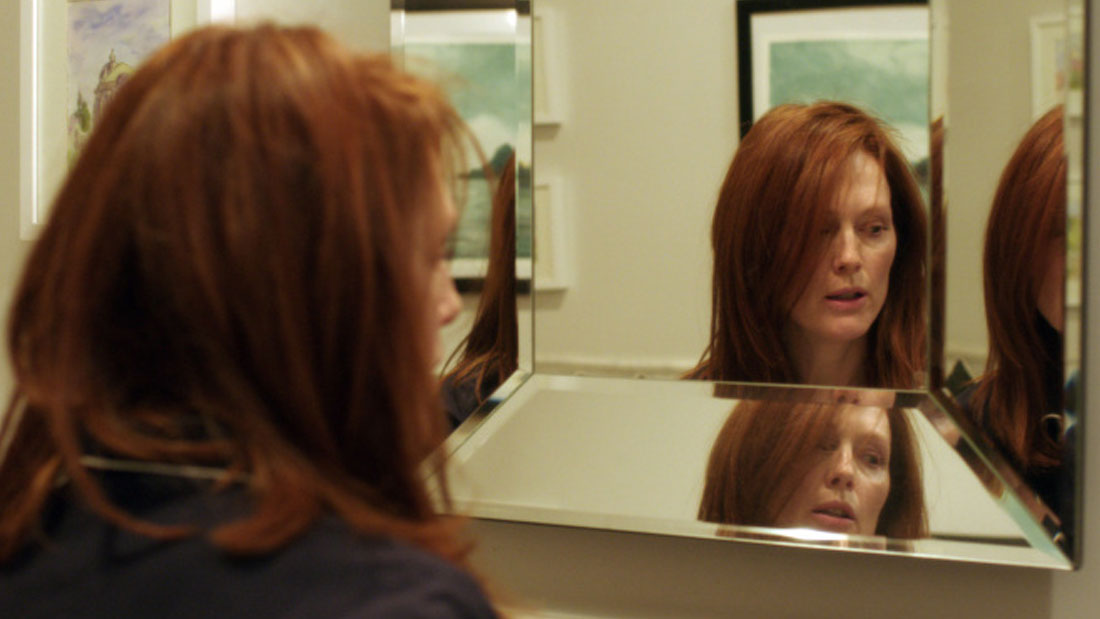 After being nominated four times, Julianne Moore finally won her first Academy Award at the 2015 Oscars, picking up the Best Actress trophy for her role in Still Alice. Moore plays Alice Howland, a vibrant and renowned linguistics professor at Columbia University, happily married with three children. Her life suddenly turns upside down, and becomes a struggle to do the things we take for granted, as she discovers she has Alzheimer’s disease.

Think you’re too healthy and too young to have Alzheimer’s disease? Think again. This progressive brain disease does not just affect old people; it can also develop before the age of 60, with women as young as 35 being affected. Today more than 13 million American women are living with or caring for someone with Alzheimer’s and it’s the sixth leading cause of death in the nation. By exercising regularly, eating right and making sensible lifestyle choices, read on to learn how one could avoid the disease.

Keep Your Body Active
One of the most important ways to preserve your brain cells and keep it healthy and active is through regular exercise. Studies have shown that that the risk of Alzheimer’s disease was 40 to 50 percent lower in those women who exercised more than three times a week. Any cardio exercise activity will pump more blood to the brain; blood also contains essential nutrients like glucose, which fuels every cell in the brain. Research has shown that regular exercise may even help new brain cells grow faster and keep you sharper. If you can’t hit the treadmill at the gym, work it into your schedule to jog or take a brisk walk around your neighborhood for at least 30 minutes, three or four times a week. Dancing, swimming, cycling and hiking are also great exercise activities that will not only burn calories but keep the brain fit.

Eat More Fruits, Veggies & Fish
Next time you’re hungry, reach for some fruit and veggies instead. Both are rich in vitamins and minerals such as vitamin B6 and folate that protect your brain cells. Incorporating them into the daily diet also reduces your risk of Type 2 diabetes and obesity; both can lead to Alzheimer’s. A study by the Chicago Health and Aging Project (CHAP) also found that eating fish once a week, gives you a 60 percent chance of not developing Alzheimer’s disease. Fish contains docosahexaenoic acid (DHA), an omega-3 fatty acid, which is an important structural component of the human brain and helps in slowing cognitive decline. Tuna, salmon, mackerel, sardines, swordfish and herrings are high in omega-3 fatty acids; remember that the next time you buy fish for the family.

Stimulate The Brain
Always dreamed of learning a new language, taking up belly dancing or playing the piano? Do it now; people who don’t exercise their gray matter regularly stand a chance of losing brain power, and learning or doing new things stimulates the brain to stay healthy. It’s important to have a hobby or to take up an activity; anything from painting, writing poetry, sewing, cooking, jigsaw puzzles or even going to a museum or a concert should get the cells working. Studies have also shown that reading a book, magazines or even articles on the internet (like this one!) are mentally stimulating activities. So you’re giving your brain a workout right now, just by reading this.

Get Enough Sleep
The more you sleep, the brain benefits almost immediately, no matter your age. According to German researchers, even napping for as little as 6 minutes can improve one’s memory and boost the brain cells. Sleep deprivation creates mood swings, but more importantly impairs one’s ability to think and the brain’s memory formation and retention–and puts you at a greater risk of developing Alzheimer’s disease. Adults need at least 8 hours or more of sleep; so it’s important to establish a regular shut-eye routine for your loved one and yourself. Make it a point to go to bed every night at the same time, and you’ll wake up feeling more refreshed and energetic than before.

Don’t Stress & Think Happy Thoughts
If you’re stressed out or depressed, neuroscientists have found that you are more likely to develop Alzheimer’s and at an earlier age. A Yale University study showed that stress and severe depression can shrink the brain by blocking the formation of new nerve connections. Apart from that, stress impacts the levels of oxygen going to the brain and also produces hormones that damage existing brain cells. Take some time out every day to keep your stress levels in check and make relaxation a big priority. Take up yoga or meditate for at least 15 minutes in your day; or just relax by drawing up a nice soothing bath, chatting with a girl friend on the phone, listening to some music, or even watching your favorite show.