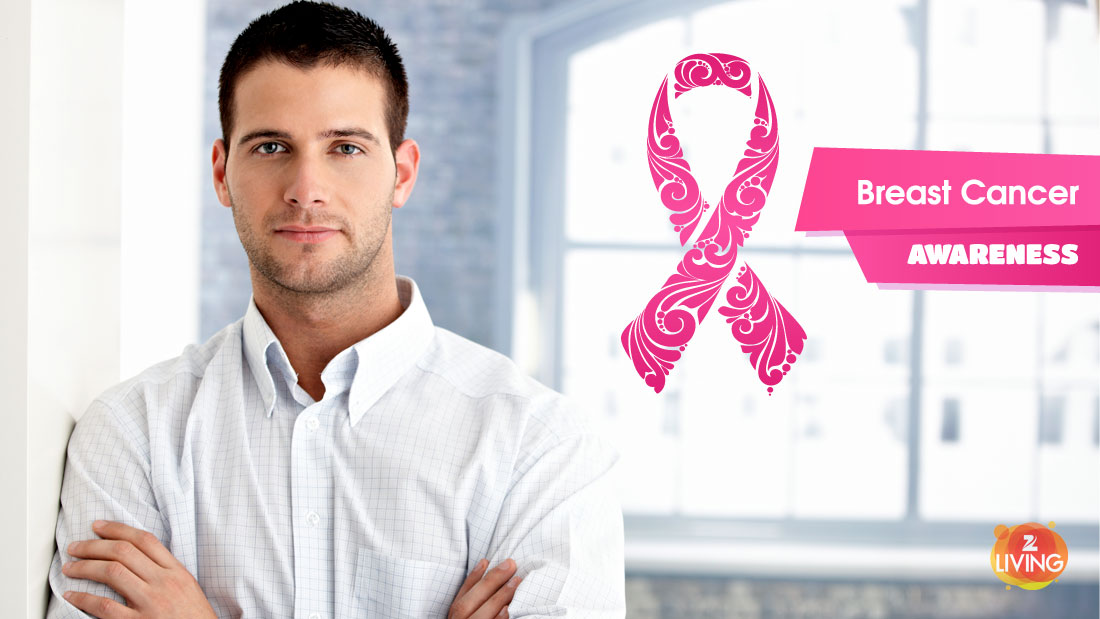 Yes, we’re talking about breast cancer here and since only women have breasts, why talk about men, right? Wrong.

Sadly, this is one of the many health myths that we’ve been living with all this while. If figures are to be believed, breast cancer though commonly occurring in women, affects around 1 in every 1000 men in America. In fact, the number of men with breast cancer has increased 25 percent over the last two decades. [1]

Experts say that many men ignore the early warning signs such as a lump in the breast or pain in the nipple as breast cancer is the last thing that’s on their mind. Besides, they’re too masculine to admit that they could be suffering from a disease that commonly affects women.

The Causes
When breast cells divide more rapidly than normal, the excess cells form a tumor or lump that may spread to other parts of the body. The fact is that everyone, irrespective of the gender, is born with a small amount of breast tissue which consists of milk-producing glands, ducts that carry milk to the nipples and some amount of fat.

Breast cancer in men usually occurs either in the milk ducts (known as ductal carcinoma), or one that begins in the milk-producing glands (lobular carcinoma), or cancer that spreads to the nipple (Paget’s disease).

The Risk Factors
While men do have a lower risk of breast cancer, it’s often detected during the third or fourth stage of the disease when it cannot be cured. Knowing your risk factors can help you get treatment in time. Here’s what puts you at risk.

The Signs
The first visible signs are usually a painless lump under the nipple or areola, a knot in the chest that a man may confuse with a muscle pull from a workout, inversion of the nipple, bloody nipple discharge or skin changes, such as an itchy, scaly nipple. Possible symptoms of breast cancer to watch out for include:

However, sometimes there can be a lump or swelling under the arm or around the collar bone which should not be confused with cancer always as it can be caused by gynecomastia (a harmless enlargement of breast tissue) [2]. However, it is always better to get yourself examined if you notice any of the above symptoms. Doctors advise that men above 50 should get a mammogram done on a yearly basis (or once in two years) to be on the safe side.