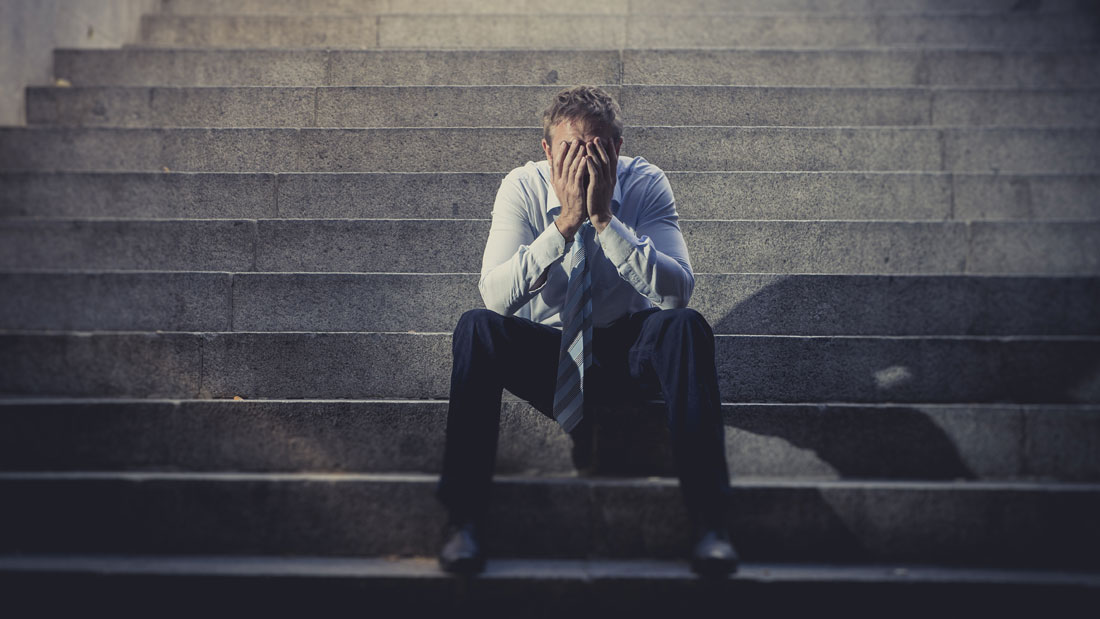 The horrifying crash of the Germanwings flight 9525 into the Alps late last month grabbed a lot of attention both from the media and the public—more so because it was revealed that the co-pilot Andreas Lubitz was suffering from severe depression and crashed the plane intentionally. Latest reports suggest that he had researched suicide methods on the internet in the days leading up to crash.

But while the media is more interested on finding the co-pilot’s internet history and how employers should approach the mental health of their workers, we are intrigued by another question—does depression affect men differently? We attempt to find some answers.

Depression In Men & How Is It Different?
Depression has been viewed primarily as a women’s disease. Of the 19 million Americans who suffer from clinical depression, less than one in 10 are men. Statistics, however, point out that 80 percent of depressed people who attempted or committed suicide were men.

Jim Hjort, a licensed psychotherapist from California and founder of the Right Life Project, says, “Depression can manifest in multiple ways that are unique to a person, including their role in society and their developmental history.”

Saying that depression is solely a woman’s problem is not only medically inaccurate but also morally wrong. Dr Lawrence Stein, PhD, a private clinical neuropsychologist from New Jersey, says, “Men and women both get depressed, but men express it differently. It is very easy for a man to be depressed and not know about it. Why? Because depression is more than negative emotions. Men who already are not as likely to be emotionally in touch, miss this important cue. ”

California-based international mental health expert Lynette Louise believes, “Men are more action oriented in their depression; they fight to get control of it by getting angry and controlling. They have a greater tendency to explode than implode and have a higher likelihood of an effective suicide and less likelihood of being diagnosed as depressed.” There are three aspects to symptoms when it comes to diagnosing depression in men.

Implications Of Depression In Men
As men are prone to externalize their depression and act out, they have drastic implications on themselves and others. Summarizing what depression does to a man, Lynette Louise says, “Depression sounds like a weakness. So when you attach the word “depression” to a man, the diagnosis itself can feel like a failure and increase the symptoms. When men pull the plug, they don’t care who’d be affected by it. Women, on the other hand, give up silently.”

Helping Them Cope
With the social stigma surrounding the condition, men tend to be resistant to any kind of therapy or medication. While they try to hunt for a solution alone, they often fall into pits and end up with problems such as drug abuse, domestic violence and suicide. (Related Video: Depression: Can You Snap Out of It?)

Dr Stein feels that seeking treatment can be a very scary proposition for men and it is important to establish a rapport. “Men are willing to be very active in treatment as long as it is based on pragmatic skill building. Sitting around and talking only about emotions leads to a poor outcome. Once men do realize the value of therapy in their progress, they focus on building better relationships at home, at work, and with friends,” he adds.

Lastly, we need to understand that men have fewer friends as opposed to women and tend to focus their relationship not on support but shared activities. Thus, instead of projecting depression as a weakness, we should actively involve men in discussing their emotional and social troubles.

Read More:
How To Prevent Depression Naturally
6 Yoga Poses To Drive Away Depression
4 Little-Known Facts About Depression (& How You Can Manage It)