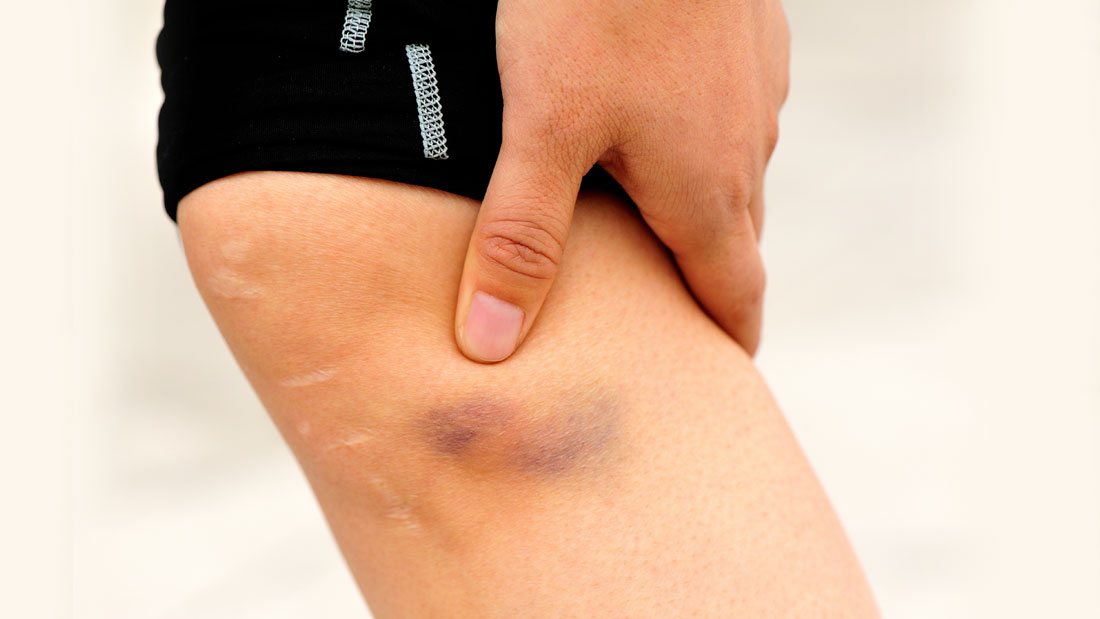 Hematoma is nothing but a localized swelling that is filled with usually clotted blood, caused by a break in the wall of a blood vessel. The aberration to the blood vessel can be spontaneous and caused due to aneurysm or an injury or trauma. Please note that hematoma is different from hemorrhage, which signifies active ongoing bleeding.

Hematomas can be classified depending on their location in the body. The most common ones are as follows:

Most commonly, hematomas are a result of injury or trauma. However, they can also present themselves as a result of surgery, invasive medical or dental procedures and certain medications (blood thinners, insulin, vaccines). Symptoms usually depend on the site of injury as well as any harm caused to nearby areas. The most common symptoms include inflammation (redness), pain and swelling.

Most hematomas tend to heal by themselves as the body breaks down the clotted blood and heals the broken blood vessels. The easiest treatment for hematomas is RICE (Rest, Ice, Compression, Elevation). The pain is usually due to the surrounding inflammation and can be treated with over-the-counter analgesics.