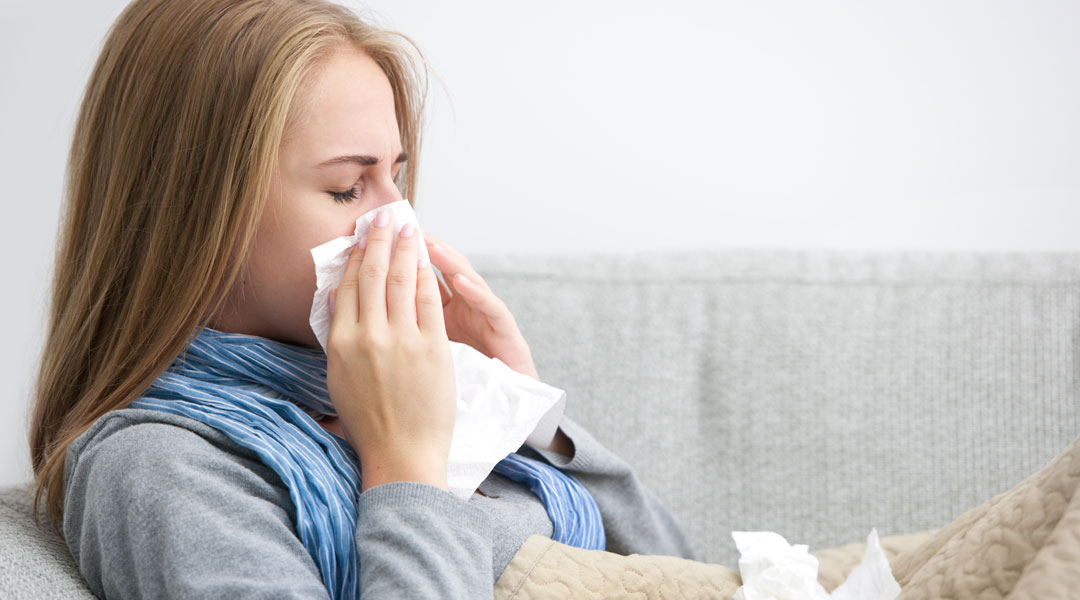 Rhinorrhea is the medical term used to describe a runny nose. A runny nose is fairly common and occurs mostly during winters. According to Mayo Clinic, your nose drips when your nasal tissue and blood vessels produce excess fluid or mucus. A runny nose is a common symptom of certain diseases and allergies such as common cold or hay fever. Crying, cold temperature or cocaine abuse can also make your nose run frequently.

Anything that inflames or irritates your nasal tissues can result in a runny nose. The mucus membranes produce more mucus than they can process, causing a build-up in the nasal cavities. This excess mucus can block the air passage and cause difficulty in breathing. Non-allergic rhinitis or vasomotor rhinitis are two conditions in which the nose runs for no known reason.

Excess build-up of mucus can block your sinuses and cause sinusitis. Moreover, if the mucus travels through the Eustachian tube (tube connecting the ear and the nose) it can cause pain or inflammation in the ear. Nasal congestion can accompany a runny nose, although not always.

A stuffy or runny nose usually clears up on its own in a few days. Call your doctor if: