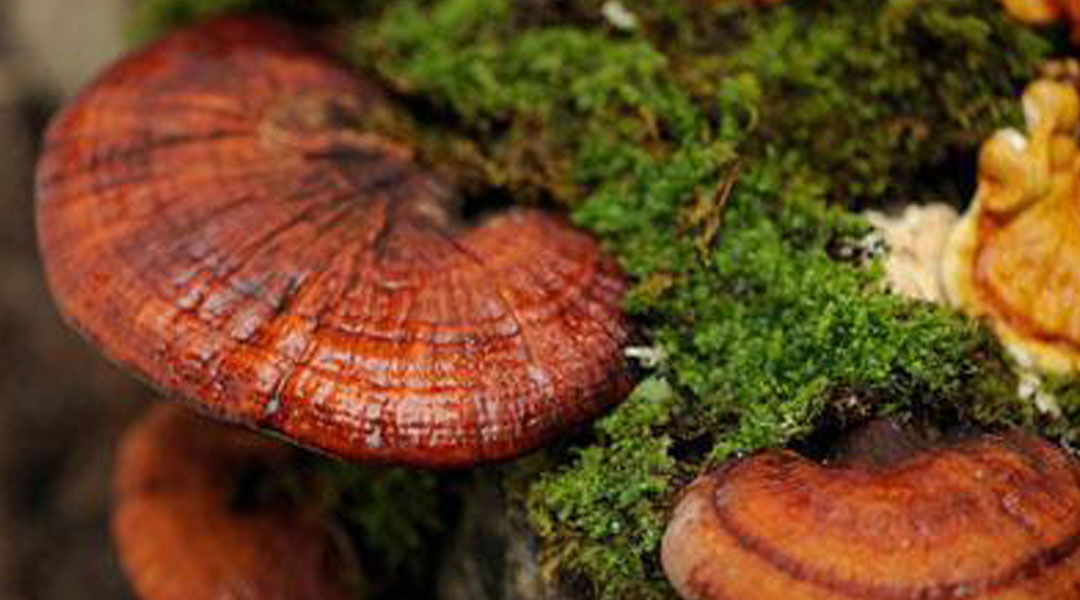 Ganoderma lucidum is the first ever mushroom known to be used for health benefits. For thousands of years, it has been used in Asian medicine. Also known as Reishi or Lingzhi, the mushroom grows naturally as a parasite on trees in the tropics and temperate zones throughout the world. It feeds off dead leaves of maple, oak and other broadleaf trees. With growing scientific research, the mushroom’s medicinal qualities are now being increasingly recognized in the west.

Ganoderma lucidum has been used as a medical remedy in China, Korea, and Japan for centuries. This edible mushroom is considered to preserve human vitality and to promote longevity. Ganoderma lucidum functions as a preventive medicinal herb. It works to aid the body’s immune system, as well as the overall health of our internal organs. It acts as an anti-fungal, anti-hypotensive, antiviral, and anti-inflammatory agent. It also functions to block the spread of tumor or cancerous cells as a part of its anti-tumor properties. In addition, herbalists use Ganoderma lucidum to treat various diseases, including allergies, arthritis, bronchitis, gastric ulcer, hyperglycemia, hypertension, chronic hepatitis, hepatic disease, insomnia, nephritis, scleroderma, inflammation, and cancer. It also has systemic benefits in treating tumors, detoxifying the body through liver cleansing, as well as treatment for heart disease. Its antioxidant properties allow it to reduce the signs of aging, and it also treats hypertension.

Ganoderma is one of the oldest known herbal medicines. Herbalists use it for allergies, arthritis, bronchitis, gastric ulcer, hyperglycemia, hypertension, chronic hepatitis, hepatopathy, insomnia, nephritis, neurasthenia, scleroderma, inflammation, and immune system health. To use the mushroom, chop &frac12; ounce of the dried mushroom into tiny pieces, or measure &frac12; ounce of the powdered herb, and put into a bowl. Then add three cups of cold water. If you are using the powder, you can drink as is – one cup three times per day. If using the dried mushroom, let the cold water and mushroom combination sit for two to three hours before slowly bringing to the boil. Simmer for 45 minutes, cool and then strain. Drink one cup three times per day. Enjoy and toast your own heath!