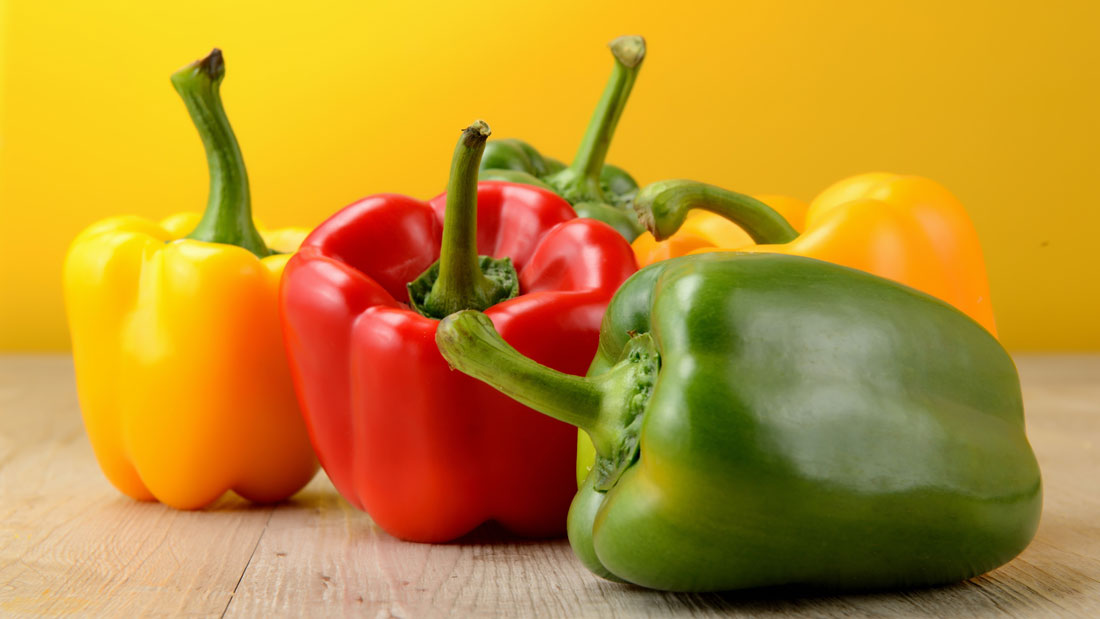 Did you know a medium-sized red bell pepper contains 169 percent of the Recommended Dietary Allowance (RDA), making it one of the richest sources of vitamin C?[1]

Bell Peppers & Anemia
Anemia is characterized by a reduced ability of the blood to carry oxygen to different parts of the body, resulting in weakness and tiredness. Iron deficiency is the most common cause of anemia.

Besides being a decent source of iron, bell peppers are exceptionally rich in vitamin C that increases the absorption of iron from the gut.[5] Not only do they reduce the risk of anemia, they also help in easing symptoms such as weakness, extreme fatigue, headaches, shortness of breath and frequent infections.

How To Take It
The absorption of iron significantly increases when had with vegetable or fruits high in vitamin C.[6] Having raw bell peppers with foods rich in iron such as spinach or meat can increase the body’s iron reserves and reduce the risk of anemia.

Here are some interesting bell pepper recipes you can try.
Adzuki And Mung Beans With Bell Peppers And Cilantro
Stuffed Quinoa Bell Peppers

For more interesting stories, visit our Health page and read about other Natural Remedies here.

Read More:
Relieve It With A Herb: Alfalfa For Anemia
Eat To Beat Iron-Deficiency Anemia
What’s Up Down There: What Causes Iron Deficiency Anemia & What Can I Do To Boost My Iron Levels During Pregnancy?
Iron Man: Christopher Charles Creates An Iron Fish To Cook With & Beat Anemia