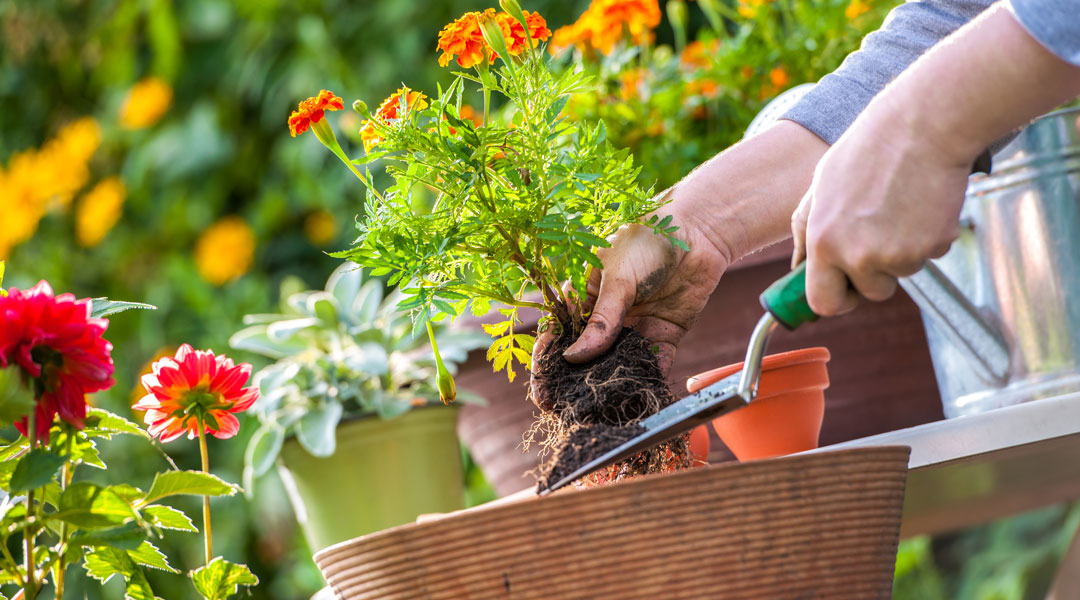 Managers try everything to get their employees up and running at their productive best. Here’s a new study which shows that the therapeutic effect of greenery does not work only in outdoor settings – a few plants around the office can spruce up employee performance as well.

In experiments, UK researchers found that enriching a lean office with potted plants could increase productivity by 15 percent.

“Whatever the environment is generally speaking, it’s a better environment if it’s enriched and plants are a very cost-effective way of enriching your space,” Craig Knight of the University of Exeter told Reuters Health.

Knight, one of the study’s authors, said the idea behind a so-called lean office space is that clearing everything from the work surface except items needed for work is supposed to reduce distractions, which should then lead to better productivity.

But when you look at that lean office space idea through any scientific lens, psychological, biological, or neuroscientific – the idea doesn’t hold any water at all, he said.

“There is no animal on the planet that thrives in a lean space, whether it’s an ant or a gorilla, it doesn’t matter, if you put anything in a lean space it suffers,” Knight said.

Green spaces, on the other hand, are thought to improve workers’ concentration and productivity by a number of mechanisms, Knight and his colleagues write in the Journal of Experimental Psychology: Applied.

Because past studies to document that effect suffered from limitations, Knight’s team set out to compare the impact of lean versus green office spaces in three separate experiments performed in real offices in the UK and The Netherlands.

In the first study, 34 participants worked in a collective lean space without plants and 33 participants worked at desks with direct views of at least 2 plants from each desk. Both work spaces were on the same floor in a central London office building.

After three weeks, the participants answered questionnaires to measure their perceptions of air quality, concentration, workplace satisfaction and productivity.

The researchers found that participants in the green office reported increased workplace satisfaction, and better concentration and perceived air quality compared to the workers in the lean space.

The authors noted, however, that satisfaction in the lean workspace also improved over the three weeks, possibly because participants in the lean office space could have been exposed to the plants when they walked by the green office space.

The second study was similar to the first, but the green and lean office spaces were on separate floors of the same building and the workers spent a longer time in the experimental settings.

Twenty one participants were assigned to the lean office space and 60 were put into the green office. All participants filled out questionnaires at the beginning of the study, two weeks later and again at 3.5 months. The researchers also analyzed company measures of productivity for 48 of the participants.

Similar to the first study, people in the green office space reported increased workplace satisfaction, but the participants in the lean space did not.

There was no apparent impact on productivity in this study, but the authors say productivity was difficult to measure in this office where most work was done by talking to customers on the phone.

So the third study focused on productivity, with 17 participants working in a lean office and 16 in a green office. People in each office space completed specific tasks and the researchers timed them with stopwatches.

The participants who worked in the green space completed the tasks more quickly than those in the lean space and did not have any more errors. Productivity increased by about 15 percent in the green office.

The authors suggest that adding plants to an office makes employees more physically, cognitively and emotionally involved in their work.

Knight said that plants are good at cleaning the air and their presence can make “a fantastic difference psychologically.”

“The first has to do with just the simple production of oxygen and the removal of volatile organic compounds that sometimes exist in the workplace,” said Hall, who wasn’t involved in the study.

Volatile organic compounds in the form of formaldehyde, benzene and hexane are often given off by paints and carpeting and plants help to scrub those compounds out of the air, he told Reuters Health.

Hall said a second benefit is the ability of plants to remove carbon dioxide from the air.

“The third major area of benefit is related to productivity that stems from the enhanced creativity that occurs within the midst of plants, as well as enhanced memory retention,” he said.

Studies suggest that memory retention could be enhanced as much as 20 percent, he added.

Beyond serving as living air purifiers, plants are “fascinating to perceive, and as such do not demand effort to attract our attention,” said Ruth Kjærsti Raanaas, a public health researcher in the Department of Landscape Architecture and Spatial Planning at the Norwegian University of Life Sciences in As.

Since they are not fatiguing, experiences of nature in the office can restore our ability to direct attention, said Raanaas, who was not involved in the new study.

Plants may also improve productivity because they are aesthetically pleasing, she said. “As such, it can contribute to satisfaction with the environment and well-being and a feeling of being taken care of by the leaders, which is found to be of high relevance for health and productivity in a work place,” she told Reuters Health by email.

But for people to feel better around plants, the plants have to be healthy, Raanaas cautioned. In a forthcoming study, she and her colleagues found that residential rehabilitation patients felt the condition of indoor plants reflected the health of residents, and plants that looked unhealthy were “depressing to look at.”