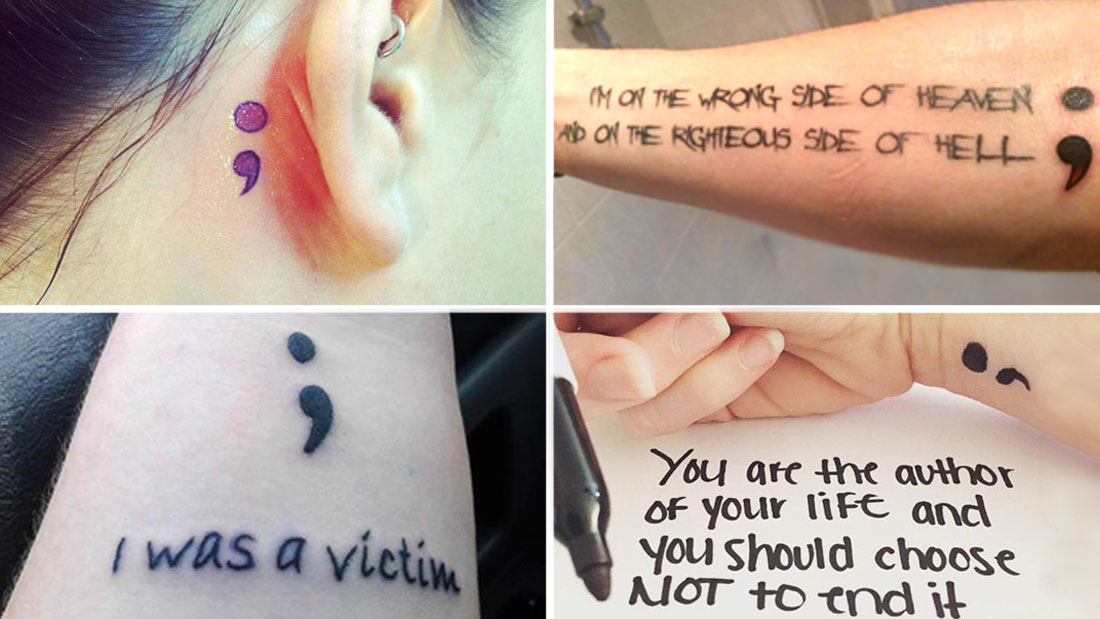 According to the National Alliance On Mental Illness, approximately one in five adults in the US—43.7 million, or 18.6 percent—experiences mental illness in a given year. While most of these folks, their friends and families struggle to function normally in a society where experiencing mental illness has always had extreme amounts of stigma attached to it, it is heartening to see overwhelming support being shown on social media in the form of a semicolon tattoo.

Tattoos of a semicolon are surfacing everywhere, and the people getting them are taking to social media to profess their support for people dealing with issues like depression, suicide, addiction and self-injury. The person responsible for starting this trend is Amy Bleul, founder of Project Semicolon, which she founded as a tribute to her late father, who was a victim of suicide.

The semicolon has been chosen as its symbol because it “represents a sentence the author could have ended, but chose not to. The sentence is your life, and the author is you,” according to Project Semicolon.