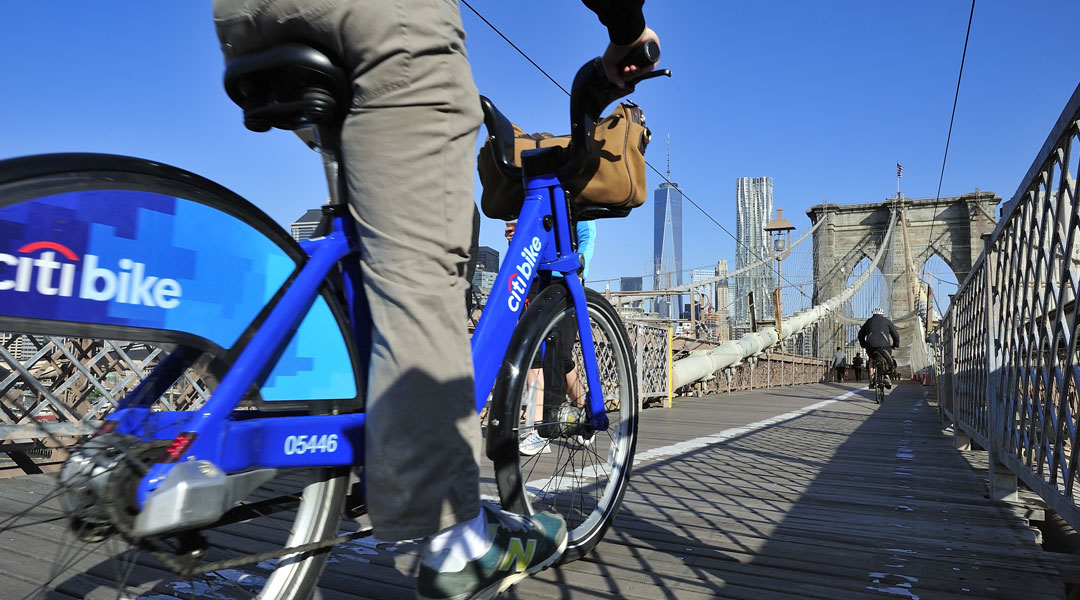 When you live in a city like New York, just navigating from point A to B can sometimes be a feat. So when you’re introduced to an alternative mode of transportation, you tend to jump right on it. After the Citi Bike program was introduced, most people I know who lived close to a station signed up.

Five months ago the bike share system debuted to mixed reviews, but today, the numbers speak for themselves. More than 80,000 people have paid the $95 annual membership and the bikes have traveled more than 8 million miles on 5 million trips.

There are many benefits to Citi Bike, and cycling in general, but when it comes to a New Yorker’s perspective, the top reasons to ride vary.

Great way to view the city

Rebecca Louie is a Queens resident who uses Citi Bike to commute to and from work.

“I am usually tied to a desk, so the physical activity is a welcome treat,” she says. “I’ve also found other Citi Bikers to be very friendly. The shared smiles and tips make me feel part of a movement.”

Another bonus? The chance to be a tourist in her own city.

“Just last week my commute took me alongside the East River, and under the Manhattan and Brooklyn Bridges,” says Louie.

Debra Roth, another avid Citi Bike user, appreciates the convenience factor that comes with her membership.

“It’s great to just pick up a bike and go,” she says. “It’s inexpensive and easier than having my own bike. Plus, it is the fastest transportation, and it’s fun and good for you.”

Let’s talk about a biker’s shape, shall we? A 135-pound woman pedaling 12 to 14 miles an hour for 60 minutes burns 488 calories. Let’s say your round-trip commute takes an hour total. That’s 2,440 calories in a single workweek!

Calorie counting aside, cycling is a good way to prevent heart disease and improve your energy. A study published by Psychotherapy and Psychosomatics revealed bike riding increased energy levels by 20 percent and decreased fatigue by 65 percent. That’s because cycling releases dopamine in your brain, which is directly linked to energy levels.

Biking is good for the environment, too. For one, it has almost no carbon footprint. More bikes on the road mean fewer cars, trains, and buses.

Easy on your wallet

If all that’s not enough, consider the math. A yearlong membership to NYC’s Citi Bike system is $95, while a 30-day unlimited pass for the city’s subway and bus program (MTA) is $112.

While Citi Bike’s popularity exceeded expectations, the system is far from flawless. Riders have complained about stations that aren’t working properly or bikes that can’t be returned to a malfunctioning dock.

On a nice day, it can be nearly impossible to even find a bike. The Citi Bike app lists the number of available bikes and docks at each station, but it’s not in real time.

And of course, there’s the question of safety. Some cyclists weave in and out of traffic or don’t follow simple biking rules. Citi Bike doesn’t currently provide helmets at its stations, though members do get a discount on select brands at local bike shops.

Even still, the number of injuries for Citi Bike users reported is low when compared to total ridership numbers. In the millions of recorded trips, only eight incidents involving Citi Bikers were reported and none of them were serious.

As a testament to the bike share program, New York City is planning expansions in Brooklyn, Manhattan, and Queens. No start date has been released yet.