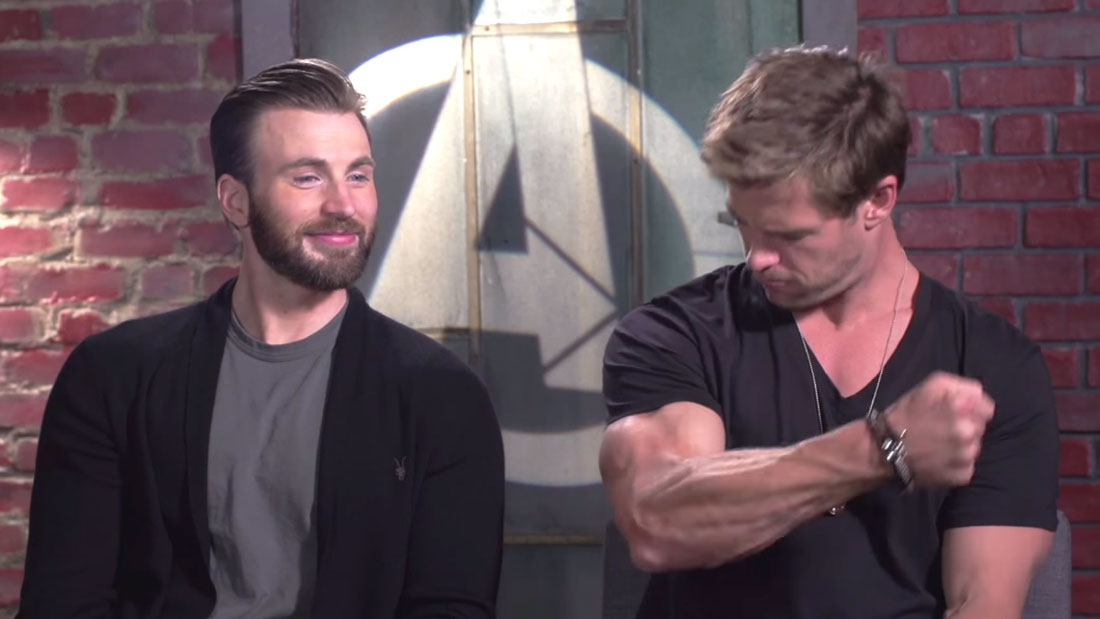 When a movie is about superheroes, can anything but muscle power be the topic of conversation? Take your pick from Hawkeye and Black Widow’s lean cuts, or Thor and Iron Man‘s beefed up physique, either way, Hulk would win hands-down when it comes to who has the most muscle mass.

Unfortunately though, our favorite characters are all suited up for the roles they play, but a recent one-on-one reveals what lies underneath those clothes, what with MTV News conducting the How Well Do ‘The Avengers’ Know Their Biceps? test.

Between the spandex and visual effects, we’e not surprised that Scarlett Johansson, Chris Evans, Chris Hemsworth, Mark Ruffalo and Jeremy Renner got as many wrong as they did. However, Ruffalo was called out instantly, because his real-life built isn’t exactly beefed up, and those hairy arms were a dead give-away! Ironic that he plays Hulk, right?

For those who didn’t know, Hemsworth’s pointy elbows were also a point of discussion; be sure to look out for them in the next installment. Now, kickback and enjoy the hilarious video, and maybe you’ll feel inspired to drop to the floor and give us 10 push-ups.

Read More:
How To: Do Basic Dumbbell Bicep Curls
Be Up In Arms With These Toning Exercises
How To: Do The Pec Deck