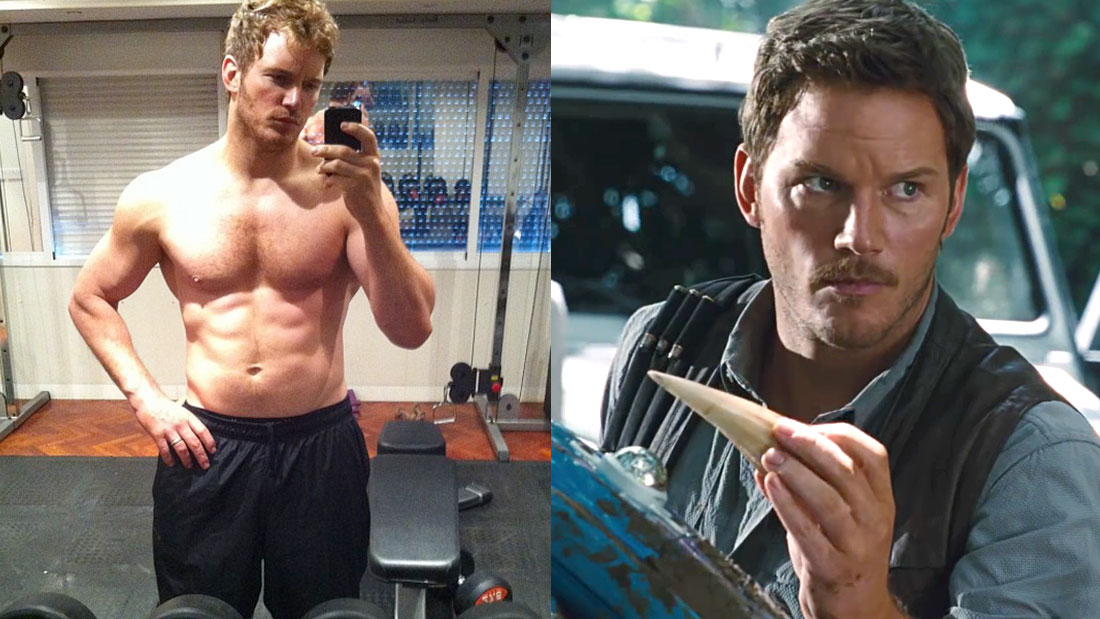 There was a time when the star of the record-breaking movie, Jurassic World, weighed an unimaginable 300lb. Well you can’t do much when your wife is a wonderful cook, or so says Pratt.

So while we’re all for a woman who loves to feed her man and keep him happy (if that’s the sort of thing that works for you), Anna Faris managed to stay in incredible shape with portion control, while Pratt knocked back his, hers, and all the leftover food with a lot of wine.

Blaming it on the yo-yo effect, the Parks and Recreation actor has often gained and lost weight for his roles in popular movies like Guardians of the Galaxy, Zero Dark Thirty, and Moneyball. Like so many other actors, Chris went all out to carve a trim figure for his roles, but off camera, found it hard to sustain the food habits and cardio workout routines.

Sadistically, he would challenge himself to gain as much as possible and as fast as possible in these break periods; so much so, that at one point he weighed 300lb while he was shooting for Parks and Recreation. You’d never believe that he was the same guy who would survive on protein and roughage, and indulge in some serious circuit training, swimming, mountain biking, rowing and calisthenics.

It was only after Zero Dark Thirty that Pratt decided to commit to fitness and not be a yo-yo dieter anymore. And we’re happy as hell, for the Jurassic World actor looks healthier than ever.

Hopefully the erratic food plans haven’t caused long-term damage to his body and skin. But, if you find yourself in the same boat, or are an emotional eater, there’s a whole host of problems you’re putting your body and organs through, so resolve it now.

Read More:
Listen Up Boys, Dwayne ‘Rock’ Johnson & Kevin Hart Show You How To Get InstaFit
David Beckham & The Pretty Little Liars’ Stars Demonstrate Alternative Strength Training Routines
Victoria Beckham Bans David From Snacking (& How You Can Give It Up, Too)