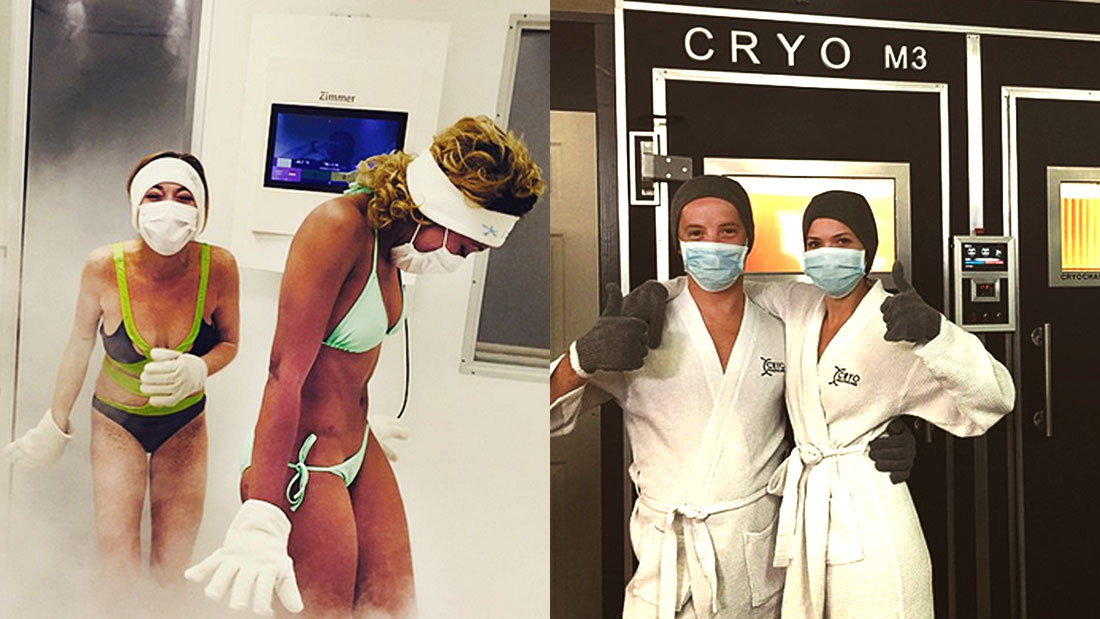 Now, there’s a reason why cryotherapy, a treatment used for medical conditions and to relieve pain, has suddenly become such a rage in the weight loss segment.

Maybe it’s the celebrity endorsement by Demi Moore, Lindsay Lohan, Bobbi Brown and Daniel Craig, or the fact that Cristiano Ronaldo was impressed enough to buy the iced chamber for himself at a staggering cost of $50,000+.

In the most basic form, Cryotherapy revels on the premise that using cold presses and low temperatures can help deal with muscle pain, spasms, injuries, and regulate the endocrine and immune system, too. Over time, the concept has gained momentum and is being used by popular spa studios in America for its weight loss, metabolism-boosting, and complexion- and cellulite-clearing benefits.

As mentioned, it does indeed claim to help you lose about 800 calories in three minutes. Well, before you sign up for a session, here’s all you need to know.

Cryotherapy For Weight Watchers
In Greek, cryo means cold, and therapy means cure. The three-minute session will have you standing in a chamber, or perhaps in a room where air to the tune of -120º C to -180º C is pumped in. With protective gear for your hands and feet and just your undergarments for cover,  all you have to do is stay put for the required time. This is followed up by a session of some light warm up exercises or back-to-basic workouts like riding a stationary bike.

Leaving things on a cautionary note: While most clients seem to love (but find it hard to afford) the treatment, a few have reported temporary side-effects such as numbness and irritated skin.

PS: Here’s an exhaustive list of Diets For Weight Loss.
Also, head here to catch the latest in Fitness Trends.