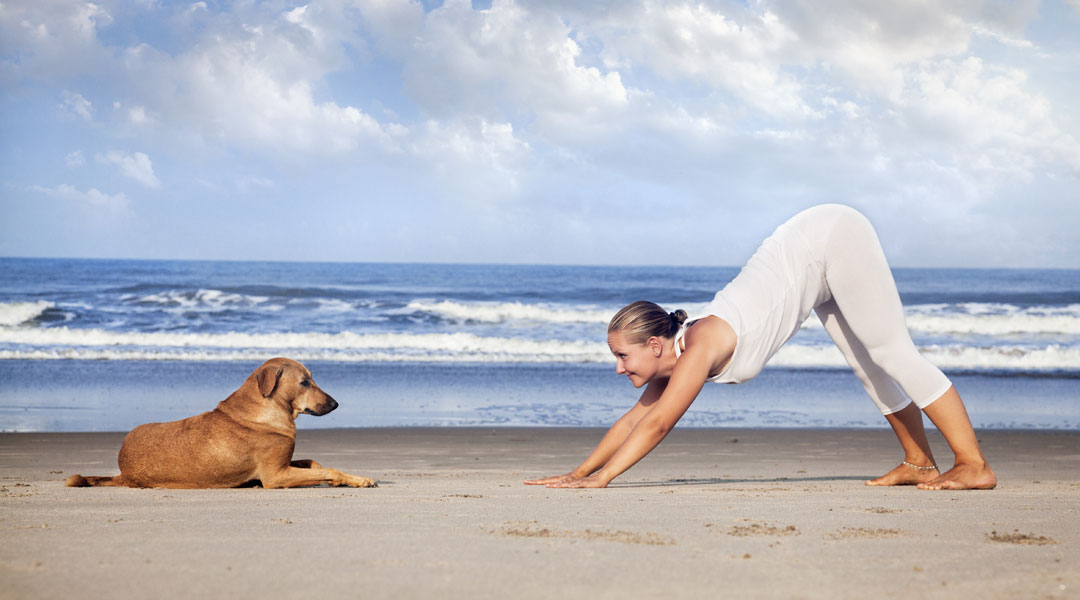 It’s been proven that practicing yoga has some amazing health benefits, from lowering blood pressure to helping you lose weight to increasing flexibility. One of the newest and social yoga styles is known as doga or dog yoga. This is considered to be a non-traditional form of yoga and has only been around since about 2005. Even though it is a relatively new form of yoga compared to the traditional practices that’s been around for thousands of years, humans and non-humans alike seem to enjoy this newest version. Here are some of the great benefits of practicing yoga with your four-legged friend.

Owner Benefits: If it weren’t for owning a dog, many owners would not get out and walk as much as they do. Doga works the same way: Taking your dog to a yoga class is a great way to make sure you’re going to yoga class, which can help reduce your stress levels, promote flexibility and increase overall healthy well-being.

Bonding Time: Doga focuses on the bond between humans and non-humans. Both owners and their dog can take advantage of this relaxing, bonding time. It’s important to note that dogs are not considered props in doga, but both humans and dogs work together during the practice for everyone’s benefit.

Older Dogs Can Benefit: People aren’t the only ones who can take away the health benefits of a yoga class. Doga has been said to appeal to a dog’s natural instinct to stretch. Dogs can work on flexibility and have specific muscle groups massaged during the practice. This can help older dogs become less susceptible to arthritis and ACL injuries in their later years.

Remember that doga is not for teaching dogs tricks, and it’s not a behavioral training class. Dogs participating in doga should have a solid foundation of basic obedience behaviors, such as sit and stay, solidly under their belt before participating. This is so human and dog participants can get the maximum amount of benefits out of the session. Doga should never be forced upon a dog. Owners will need to be mindful and listen to their dog’s body language. If your dog is pulling away, squirming, or doesn’t seem interested in the pose, don’t force it.
Remember, doga is designed to work on the bond between human and dog, not break it apart.

The downward facing dog is no longer a pose just for humans in yoga class!