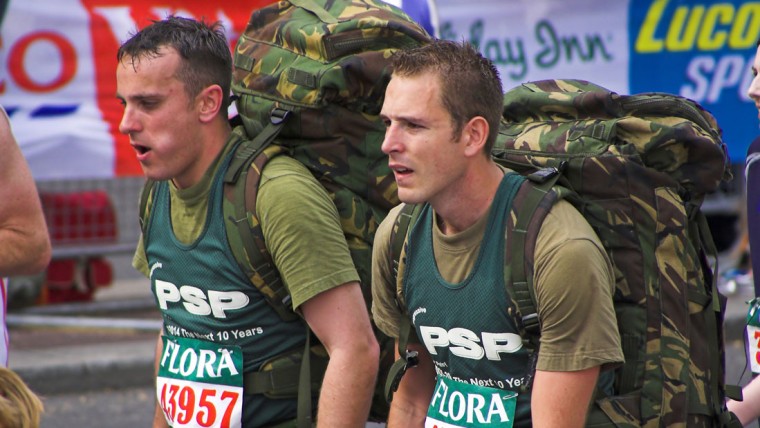 The American Army is constantly upgrading its PRT, or Physical Readiness Test, in order to better equip its soldiers to meet immensely challenging circumstances, build stamina, and reduce the chances of any potential injury. Soldiers are expected to be fit in order to survive, fighting tooth and nail to win combat with grace and dignity. Hence, the drills set in this well-thought-out program serve a greater purpose.

Interestingly, the last four years have seen the implementation of yoga asanas such as: Chaturanga Dandasana/Four limbed staff pose, Bakasana/Crow Pose, Adho Mukha Svanasana/Downward Dog, and Tadasana/Mountain Pose in the routine. Unfortunately these “exercise drills” are not acknowledged or credited as yogic postures. In fact, they have been renamed to mask the moves as Prone position, squat position, and straddle stance. These asanas are highly potent in fulfilling the principles and components required of the American Army.

The three principles of the US Army are based on integration, precision and progression:

The three components are dependent on creating superior body strength, endurance, and mobility. There is no doubt yoga asanas such as the ones the army has chosen to put in to their daily practice satisfy all of the above aims and goals. In fact, it will not be surprising to see the implementation of more and more yoga postures to create agile bodies and heightened concentration that soldiers require in battle.

The sad part of all of this is the dismissal of the value given to the lineage of yoga as a practice and its tremendous benefits. Creating a united connection of the body, mind and breath through yoga, should be made mandatory in the training of all soldiers.

Needless to say, the average Joe too can benefit from the army drill and other military-inspired workouts such as bootcamp training, rucking, martial arts, rock climbing and sledgehammer training. It was only about time that a common man’s workout routine (such as yoga), crossed the battle lines and found its foothold in army training.

Read More:
10 Yoga Facts: The Good, The Bad, & The Downright Mind-Blowing
Did You Miss It? New Yorkers Channel Their Inner Yogis At Times Square
#YogaDay: A $27 Billion Industry Has Taken America By Storm