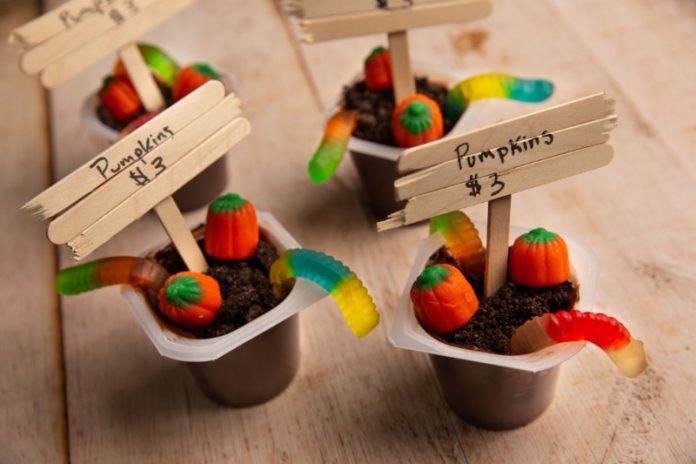 Growing up, dirt cups were always a fun dessert to eat at class parties. Not only were they easy for the parents to assemble and bring to class, but the chocolate pudding and Oreo cookie crumbs were much-loved by the kids.

These pumpkin patch dirt cups also feature candy pumpkins, an addition that not only showcases the theme of these dirt cups but adds a festive, fall touch to this chocolate treat.

Kids love making these dirt cups because it involves candy and creativity, two things that can win over almost any child. Parents love this project because it is relatively simple and doesn’t require a ton of expensive ingredients. 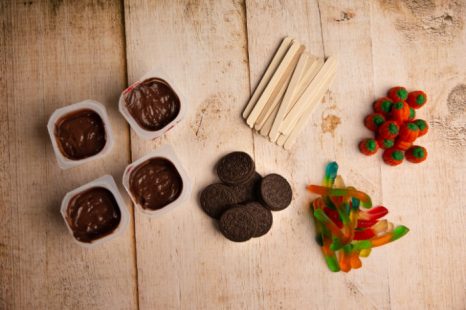 To make these pumpkin patch dirt cups, you will need: 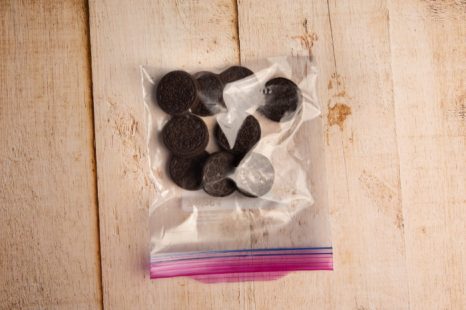 Add a handful of Oreo cookies to a quart-size ziplock bag and seal shut. 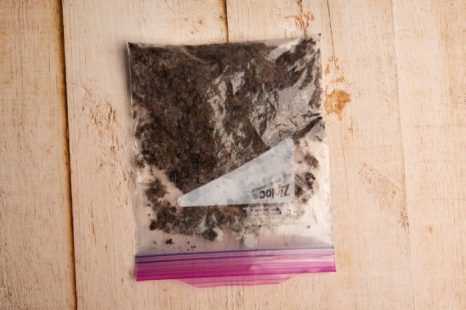 Use a rolling pin over the bag of cookies to crush them into fine crumbs. 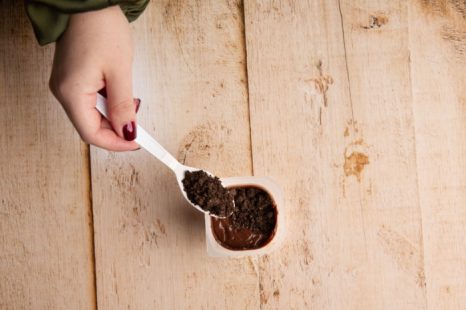 Scoop a couple teaspoons of cookie crumbs over each snack pudding cup, just enough to cover the surface of the pudding. 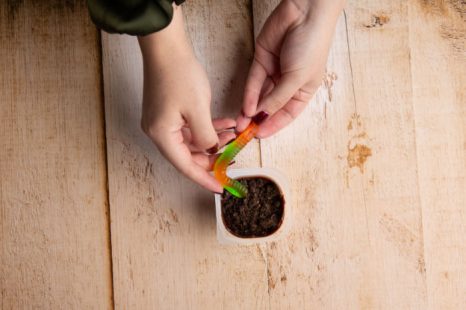 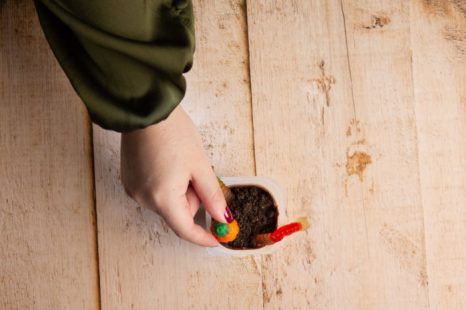 Add a couple of candy pumpkins to each chocolate pudding cup. 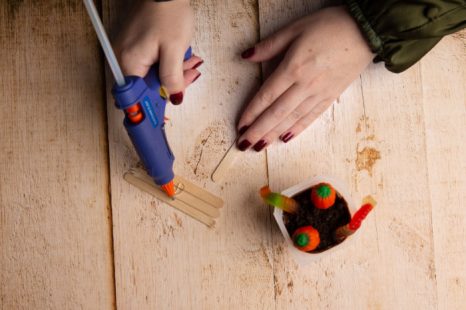 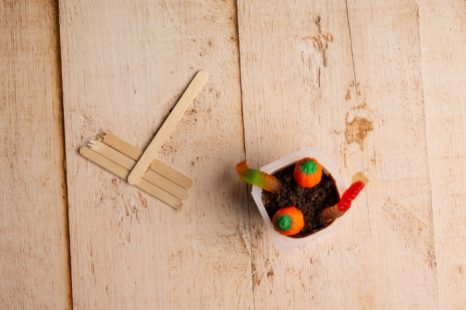 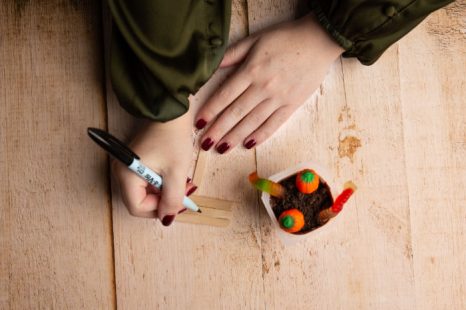 Once the glue has dried, flip the sign over and write “Pumpkins $3” using a black marker. 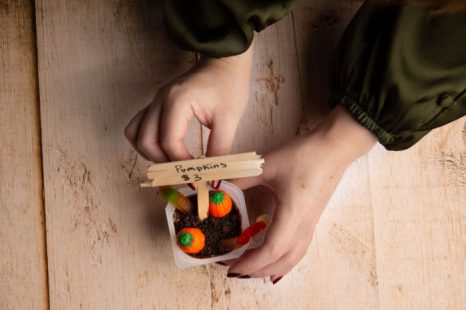 Gently insert the sign into the pudding cup, right in the center. 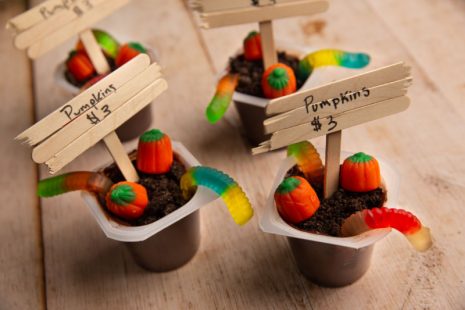 For more DIY ideas, be sure to check out our collection here.