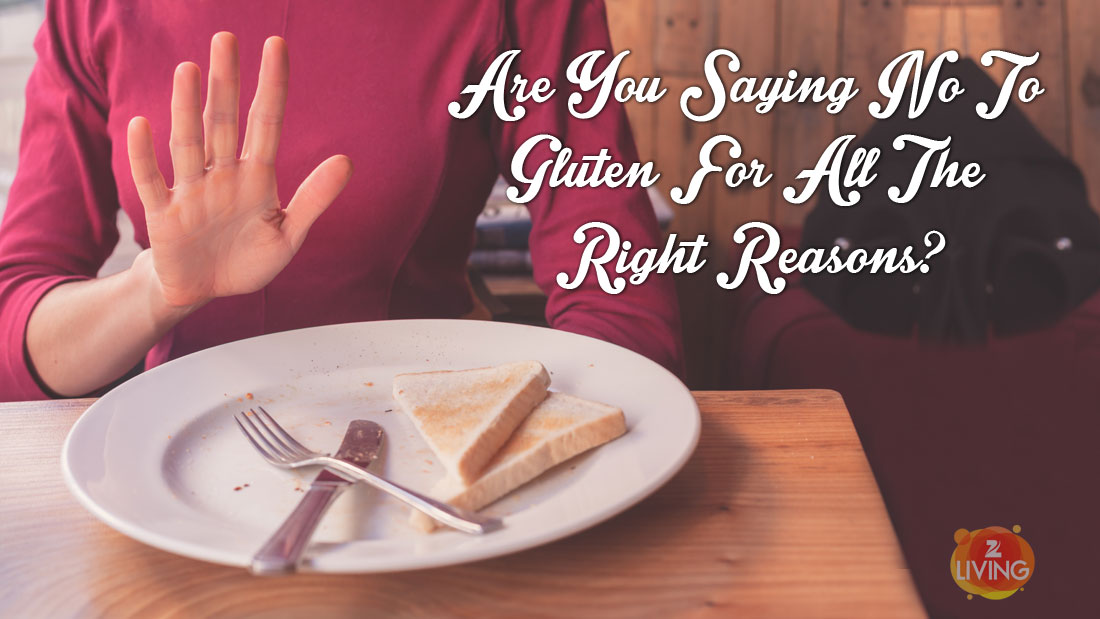 Food fads come and go—one moment we’re all going bananas over quinoa, which is an ancient seed-grain that’s been around since 3,000-4,000 years ago, or can’t stop talking about the other seed-grain that’s even faster to cook, called teff, which was eaten way back between 8,000 and 5,000 BC. Kale made a startling debut into the American consciousness despite being cultivated for over 2,000 years. And nothing spiked the interest in these healthy foods more than the fact that they are simple, wholesome and most importantly, gluten-free.

The gluten-free industry is both, massive and confusing. Massive because gluten-free products were a $2.5 billion business in the US in 2010, and confusing because the classification for various types of gluten can be, well, confusing.  Finding out whether you have a Wheat Allergy  vs Celiac Disease vs Gluten Sensitivity is finally a bit easier, now that a group of scientists has tackled that issue and is suggesting a new classification system for types of gluten intolerance.

Please note that a gluten-free diet can be life-sustaining for people with celiac disease and gluten-sensitivity, because it excludes foods containing gluten (a protein found in wheat, barley, rye, malts, and triticale). Gluten is one of the main elements used in food that keeps the elasticity intact during the fermentation phase. It is what makes bread and other dough-made foods chewy.

But isn’t it odd that a decade ago, not many Americans had even heard of gluten. Today, a survey says that almost a third of our population is trying to avoid this protein. Could it be because they’re suddenly making healthier lifestyle choices, or that they’ve finally been correctly diagnosed after suffering for years and being blissfully ignorant that such a condition exists, or dare we say, they’re just jumping on to the ‘food conscious’ bandwagon because of the ‘me too’ effect?

The trouble is that now there’s a whole market of gluten-free products to cater to this demand and moreover, people who choose to go gluten-free without actually needing to, continue to omit wheat, rye and barley from their diets in hope of weight loss and other miraculous expectations. What they don’t realize is that they’re losing out on the nutrition packed into these little grains, and spending money and effort trying to sustain a dietary choice that isn’t essential to their survival in the first place.

According to the Archives of Internal Medicine, one in 133 people has celiac disease (CD) and at least another six percent of the US population suffers from non-celiac gluten sensitivity. If you are not among these people, please don’t be a faker.

If you still want to go ahead and be gluten-free, just remember that you might end up looking a bit ridiculous, like the guys in this video:

PS: Head to our Food section for healthy recipes and the latest food trends.
Here are some more recipes and tips for a Gluten-Free Diet.