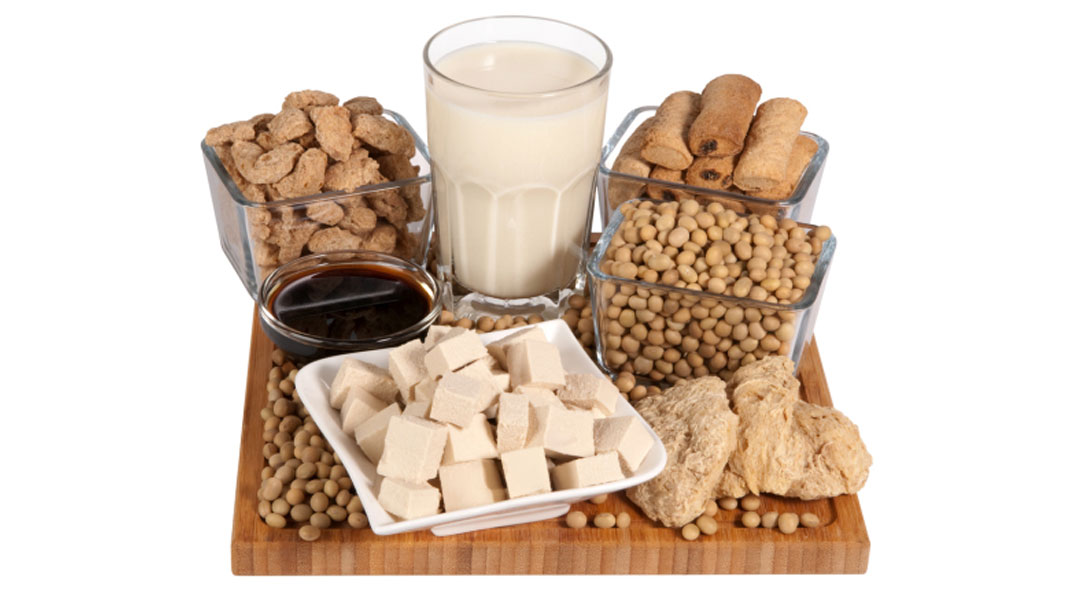 Soy milk, made from soybeans, is a popular health food often used as a replacement for the traditional dairy milk.  It can be consumed, used in cereal, coffee and most milk based recipes. It is available in organic form, as well as in varieties such as unflavored, chocolate and vanilla. Soy milk is high in calcium and protein, with less fat content than is found in dairy milk.

Made from soybeans
Soy milk is a drink made from healthy and nutritious soy beans. It is naturally high in protein and is usually enriched with calcium, vitamin A and vitamin D, making it competitive with traditional dairy milk.  Soy milk has been popular with the health food crowd ever since it first arrived on the market.

Its popularity continues to grow and it now generates $1.3 billion in revenue in the United States alone. Soy milk fans prefer it for a number of reasons: dairy milk allergies, vegan status, lactose intolerance or they simply prefer the taste. Other products continue to be  made with soy milk such as soy cheese and soy ice cream.

High in protein
One of soy milk’s most notable benefits is its high levels of protein, which can be used by the body to build, maintain and repair muscle mass. Protein also works as fuel to provide the body with energy.

Soy milk sometimes comes enriched with calcium.  On average, a glass of enriched soy milk provides the same level of calcium as dairy milk. Also, soy milk is enriched with vitamin D, vitamin A and riboflavin.  Vitamin D, the sunlight vitamin, helps with the absorption of calcium and is good for teeth and bones. Vitamin A is required for function of the retina of the eye.

Great addition to any diet
While often associated with vegetarians, vegans and the health community, soy milk is a great addition to anyone’s diet.  By contrast, a glass of dairy milk contains 35 mg of cholesterol, 10 percent of the daily value; as well as 5 g of saturated fat, about 25 percent of your RDA on a 2,000 calorie diet.

Dairy milk’s original advantage over soy milk may have been that it contains vitamin D and calcium, which soy milk lacks. However, many soy milk brands now fortify their drinks with these and other vitamins and minerals.

Word of caution
A number of studies have found that consuming high amounts of soy milk or soy based food can boost levels of estrogen in the body.  In premenopausal women, estrogen eases the length of menopause and lowers levels of sex hormones, possibly preventing cancer. In men, there is a theory that it affects testosterone levels, although the most recent research suggests that it does not affect semen or plasma hormones. Estrogen and progesterone are also found in cow’s milk, so this could also affect men’s health. More research is needed on the hormonal effects of cow’s and soy milk on men’s health.

Soy milk has a number of advantages over cow’s milk. It is low in saturated fat and cholesterol. It’s an excellent alternative for those who object to animal farming or are lactose intolerant or can’t eat dairy. Some people may be concerned about soy milk’s lack of calcium or vitamin D, however, there are now fortified versions of soy milk, so this should no longer be an issue.