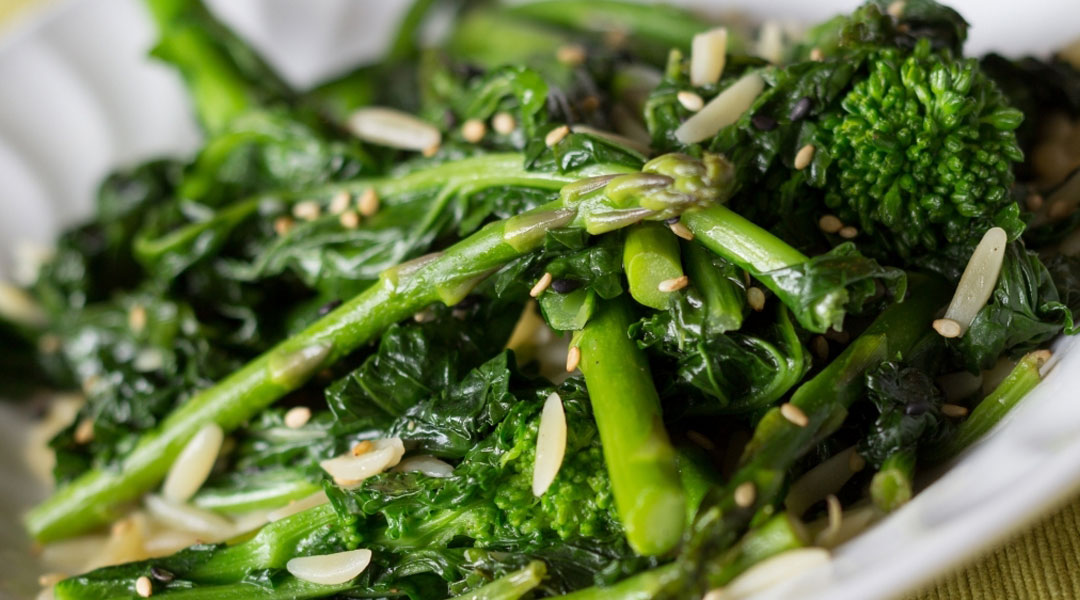 Stir-frying is the overarching term for two different Asian method of cooking: ch’ao (炒) and bào (爆). Both forms use a wok, but differ in the amount of heat used, the speed of cooking, and the amount of required tossing required when using the wok. The ch’ao technique is the most like sautéing. It was introduced to the Western world by food author Buwei Yang Chao in a book published in 1946 entitled How to Cook and Eat in Chinese. Roughly translated, ch’ao may be defined as “a big-fire-shallow-fat-continual-stirring-quick-frying of cut-up material with wet seasoning,” a description that was Ms. Yang abbreviated to stir-fry. The wok is heated to a high temperature and a small amount of oil added. Spices such as rice vinegar, soy sauce, ginger, garlic, are added. The meat and vegetables are seared, with the meat cooked first then removed to cook the vegetables. The wok is covered, to allow the vegetables to cook, and then the meat is added back in before serving.

With the bào technique, the wok is heated until it glows a dull red. Once the wok is hot enough, a small amount of peanut oil or lard is added. The meat and veggies are added and tossed continuously until the food is cooked. The ingredients are chopped into small pieces to aid cooking.

Cooking the perfect dish
The key to cooking stir-fry is to chop all the ingredients and measure all the spices beforehand. Pre-heat the wok before adding the oil. Cover the oil while cooking so that it heats faster. Dried spices should be added at the start of cooking, and fresh ones near the end. Add any spices, onions and garlic before the oil gets too hot, i.e. before it starts to smoke. You should add the ingredients that need the most cooking time first.

The health benefits
Stir-fry is widely used around the world because it’s a fast, flavorful form of cooking. Because only a small amount of oil is used, and the oil is heated at a high temperature, the dishes tend to be low fat, although the exact fat content depends on the dish.

The  cons
Stir fry recipes tend to use soy sauce as a dominant flavor, which is high in sodium. A single serving (18 g or just over a tablespoon) of soy sauce contains 42 % of the RDA on sodium. Excess sodium has been linked to many health problems including hypertension, heart disease and stroke.

Some restaurants use excess amount of oil which speeds up the cooking time, but also increases the fat content of the dishes. Avoid dishes where the food is covered in oil. And if you are cooking stir-fry at home, remember that a tablespoon of cooking oil contains 119 calories, so use sparingly. If you have a good pan, you don’t need much oil to prevent the ingredients from sticking.

How do I make it healthier?
Use lean meats or replace the meat with tofu. The quality and nutrition depends on the ingredients.

Use firm tofu and dry it: place between two paper towels for about 20 minutes before cooking. Drying the tofu will mean that it absorbs less oil during cooking.