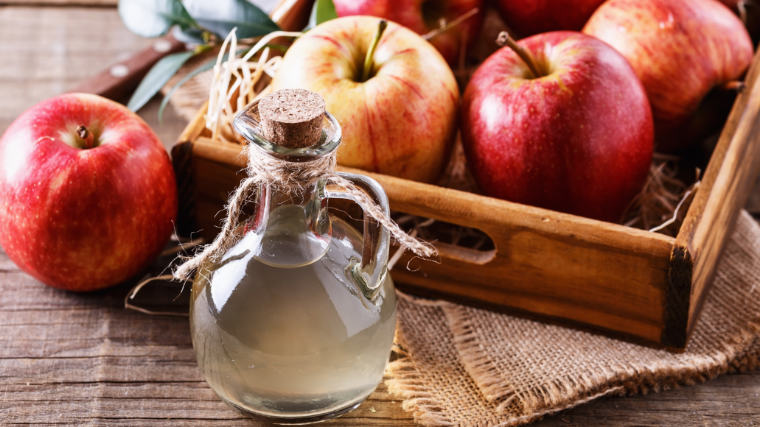 From preventing diabetes and promoting weight loss to detoxifying your entire body from the inside out, apple cider vinegar has proven to be beneficial since 400 B.C. Even the “father of modern medicine,” Hippocrates, utilized the medicinal properties of apple cider vinegar to cure a variety of ailments including coughs and colds.

What Is Apple Cider Vinegar?

Apple cider vinegar, also known as cider vinegar or ACV, is a type of vinegar made from apple cider or apple must. Chopped apples are covered with water and left at room temperature until the natural sugars ferment to form ethanol. Bacteria and yeast then work together during the second process of fermentation to convert this alcohol into acetic acid, which in return creates apple cider vinegar.

The word vinegar is derived from the Latin words Vinum, meaning wine, and Acer, meaning sour. In essence, vinegar simply means sour wine. Although the properties in apple cider vinegar prove to be beneficial, you must take into consideration that not all ACVs are created equally.

Plainly speaking, filtered apple cider vinegar is made of apple juice and water. The filtering process removes the vinegar (also known as the “mother”) and any other residue, resulting in a clear, amber-colored vinegar. It is likely that this vinegar has also been pasteurized, which further refines and clarifies the vinegar.

Unfiltered apple cider vinegar is also made of apple juice and water, but the “mother” hasn’t been filtered out and the vinegar isn’t pasteurized. Its appearance is often cloudy and may contain small amounts of residue.

What is the “Mother” in Unfiltered Apple Cider Vinegar 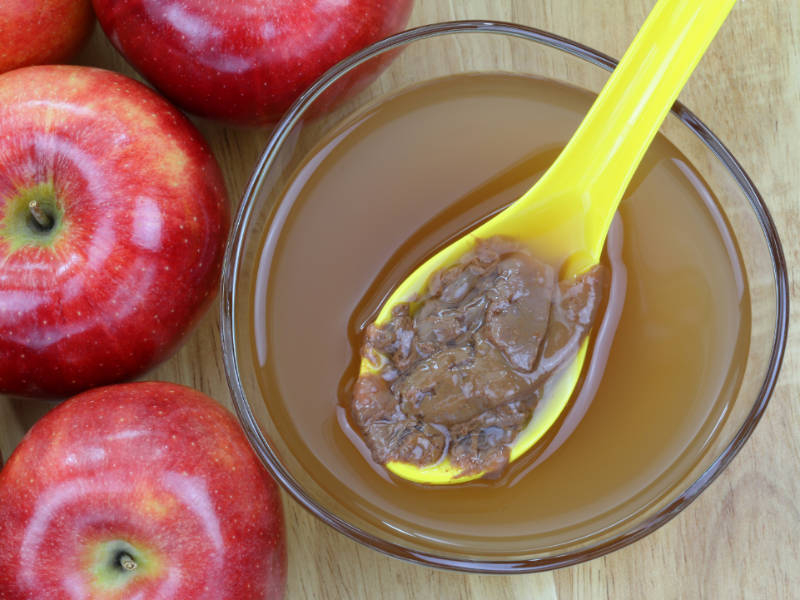 As a matter of fact, one study conducted by the Journal of the American Dietetic Association shows drinking apple cider vinegar reduced total calorie intake by 200-275 calories over the course of one day. Although 275 calories may seem minute considering there are 3,500 calories in a pound, coupled with a healthy diet and physical activity, it’s more likely you’ll reach your weight loss goal sooner.

Apple cider vinegar can promote heart health by lowering cholesterol levels. Cholesterol is a fat-like substance that can build up in your arteries, causing them to harden and narrow. High blood cholesterol puts a strain on your heart, making it work harder to push blood throughout your body.

Tip: Along with one to two tablespoons of apple cider vinegar, try limiting your sugar intake and include a variety of healthy fats to help reduce your cholesterol levels.

A study conducted by Diabetes Care showed vinegar consumption helped improve insulin sensitivity by up to 34 percent in those struggling with either type 2 diabetes or insulin resistance.

The ability of apple cider vinegar to help maintain normal blood sugar is a well-studied benefit. According to the European Journal of Clinical Nutrition, one study proved that consuming vinegar after eating a slice of white bread reduced blood sugar levels by a whopping 31 percent.

According to a study conducted by the Journal of Cosmetic Dermatology, treating acne scars with lactic acid, which is a component of apple cider vinegar, over a span of three months significantly improved pigment and texture in the skin along with reducing the appearance of scars.

Mix all the ingredients and apply the paste over your face — excluding the eyes, mouth, and eyebrows. Leave this mask on for 10-15 minutes.

While rinsing off with warm water, use a washcloth for added exfoliating effects.

Inside the World of Apple Cider Vinegar