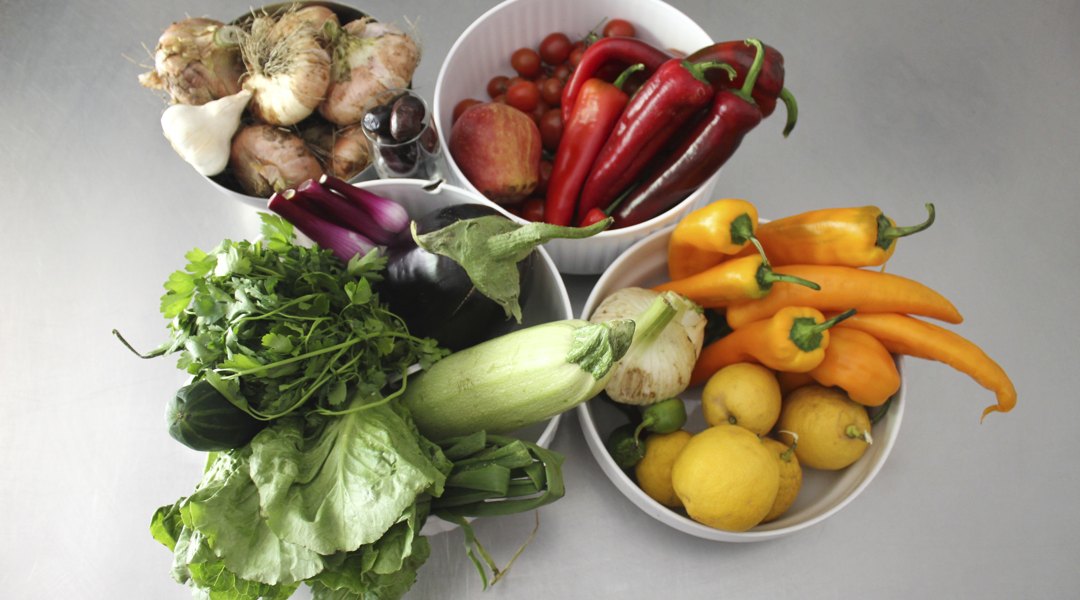 The Ayurvedic diet is widely used in India, where an estimated 80 percent of people follow it or have at one time. It is considered a holistic form of medicine, based upon eating foods that are appropriate to your particular Prakriti (constitution).

Ayurveda may be the oldest system of traditional healing still practiced today. It originated in India 5000 years ago and has grown popular throughout the world. Ayurveda promotes balance in the mind, body, and soul through a lifestyle incorporating appropriate diet, exercise and spiritual practices such as meditation and mantras. The goal to have harmony in life.

According to Ayurveda, the body is made up of three specific doshas, each requiring a different approach to health and wellness. These doshas, known as Vata, Pitta, and Kapha, are dynamic forces with distinct characteristics that shape all things in the universe. Each person is born with a unique constitution called Prakriti.  Every Prakriti has Vata, Pitta, and Kapha in varying amounts, with one dosha being the dominant force.

In the Ayurvedic view, an imbalance between the doshas produces a condition called vikriti, a Sanskrit word that means ‘deviated from nature.’ Therefore, each individual’s diet should be suited to his or her Prakriti.

During times of vikriti, or imbalance, the Ayurvedic diet can be used to either decrease or increase the three doshas until the balance is restored. The dosha balancing the effect of a food is determined by its taste: salty, sour, sweet, bitter, astringent, or pungent and its other qualities: heavy, oily, cold, hot, light, or dry.

As noted, Ayurveda is one of the most ancient systems of medicine in the world. Its roots reach back to the ninth century BC. Hindu legend holds that Lord Brahma, the god of creation, upon recognizing the intense suffering of human civilization, shared this practice with spiritual leaders to ease this suffering.

One of these texts, named the Rig Veda contains verses which discuss the nature of health, and the concept of the three doshas (Vata, Pitta, and Kapha). Another text, called the Atharva Veda, lists the eight divisions of Ayurveda: Internal Medicine, Surgery of Head and Neck, Ophthalmology and Otorhinolaryngology, Surgery, Toxicology, Psychiatry, Pediatrics, Gerontology or Science of Rejuvenation, and the Science of Fertility.

Later writers, including Sushruta and Charaka, took passages from the Vedic Scriptures and compiled them into separate medical textbooks, called Samhitas. One of the most widely accepted Ayurvedic texts, the Sushruta Samhita, outlines surgical techniques. The Charaka Samhita is a major text on internal medicine.

Due to its long history and  influence on the development of Chinese, Arabic, Greek, and Roman medical thought, Ayurveda is often referred to as the “mother of medicine.”

Ayurveda contents that there are five elements in nature: Akash (space), Prithvi (earth), Vayu (air), Jal (water) and Agni (fire). The five elements combine in the human body in various proportions to reflect as three doshas: Pitta, Vata, and Kapha.  The predominant dosha is the deciding factor in choosing the line of treatment to bring your doshas into balance.

The Vata dosha controls the joints and muscles, heart, respiratory system and those parts of the central nervous system controlling fear, pain, and anxiety.

The Kapha dosha affects the physiognomy, immunity levels and the emotional tendencies of greed, forgiveness, love, and calm.

The Pitta dosha controls the digestive system, the rate of metabolism, intelligence and the emotional tendencies of jealousy, anger, intelligence, and understanding.

Water at room temperature is at the core of a balanced Ayurvedic diet. Drink plenty of water and infuse it with herbs for your dosha type. This is designed to aid the digestive system as well as keeping the body hydrated.

Following Ayurvedic diet, principles does not limit the quantity or variety of your diet. It encourages you to eat all natural foods, eliminating the toxins found in preservatives, additives, and flavorings. As a result, the diet suggests you take time preparing your food and continue enjoying your meals while consuming the foods that fit your body type.

Ayurveda is a holistic health system that aims to bring about harmony in the body, and between human beings in a natural world. It looks at the body, as well as the health of mind and soul as well.

Use Non-Toxic Herbs & don’t Overdo It

Although there is much anecdotal evidence supporting the Ayurvedic diet and herbs, and it is estimated that up to 80 percent of people in India use it or another form of traditional medicine, many scientific studies have been inconclusive or found that the herbs worked no better than placebos.

Like any medicine, certain Ayurvedic herbs can have side effects. For example, too much aloe juice can cause diarrhea and dehydration. Taking high doses of licorice root could cause swelling of the hands and feet. It is best if you consult your doctor before proceeding with any Ayurvedic herbal option.

The Ayurvedic diet uses warm water prepared with herbs as part of its daily cleansing rituals. The practice of rasa shastra which adds metals and other substances, including mercury to the herbs in preparation, is a part of Ayurvedic medicine. Ayurvedic proponents believe that the toxicity of these materials is reduced through purification processes, which often involve both prayers and pharmaceutical techniques. A 2008 study of more than 230 products found that approximately 20 percent of remedies (and 40 percent of rasa shastra medicines) purchased over the Internet from US and Indian suppliers contained lead, mercury or arsenic. If you use Ayurvedic herbs in your diet, read the labels to ensure that they do not include any traces of toxins or metals.

The Ayurvedic diet, also called Ayurveda, is a holistic medical system which integrates and balances the body, mind, and spirit. The Ayurvedic diet is based on consuming food to bring your doshas into balance. The type and quantity of food will depend on whether you are kapha, pitta or vata type person. The Ayurvedic diet is widely used in India, with an estimated 80 percent of people subscribing to its benefits. However, to date, there is insufficient scientific evidence that it helps any specific medical condition. More research is needed.