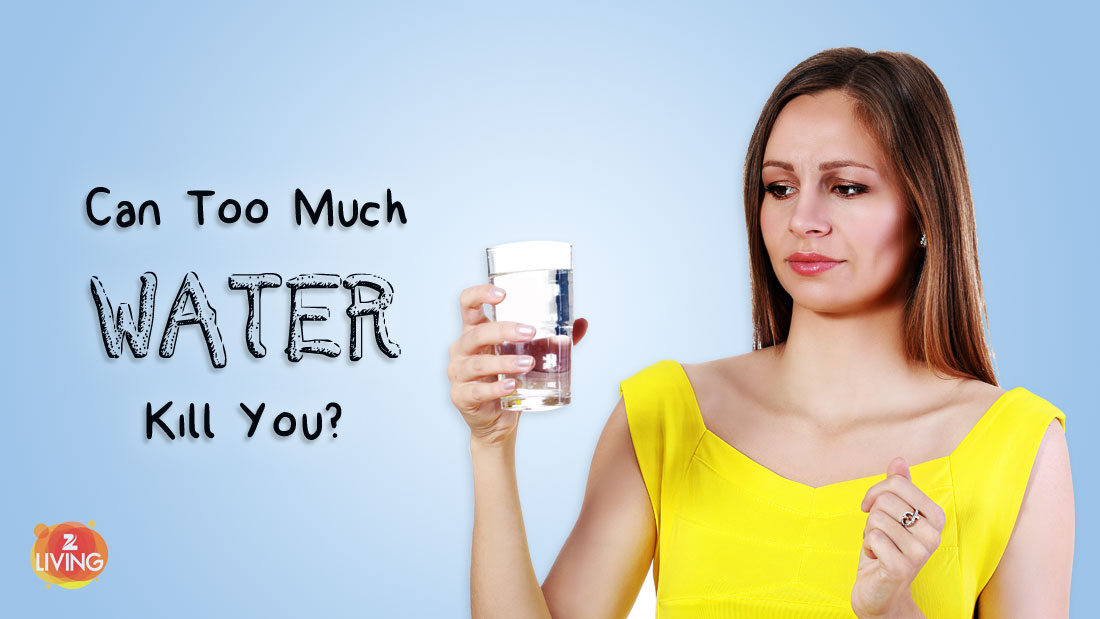 Water—the sine qua non of life—makes up for 60 percent of every human being, running through our blood, inhabiting our cells and lurking between the vacant spaces. Playing an intrinsic role in our physiology, it is vital for every small and big reaction that takes place in our system.

We lose water through sweat, urination, defecation and even through our breath, and replenishing the lost stores is of utmost importance. Of all the health advise we get bombarded with on a daily basis, drinking plentiful water (about 8 glasses of 8 ounces) ranks the highest. But have you ever wondered who prescribed these measures? And on what basis?

Water—The Indispensable Liquid, But How Much Is Too Much?
Drinking enough water, it seems, can resolve everything from wrinkles and brain fog to everything in between, but can we go overboard on drinking this fluid?

Paracelsus, the scientists who put forward the concept of ‘everything can be dangerous, depending on the dose’, did have a fair idea of what he was, in fact, talking about. While modern science has since drifted away from this belief, it seems apparent that this saying holds solid ground when it comes to the ‘fluid of life’—water.

Yes, overhydration can be lethal! Dr Randy Wexler, associate professor of Family Medicine at The Ohio State Wexner Medical Center, says, “Consumption of too much water can result in the dilution of ions in the body, particularly sodium leading to a condition called dilutional hyponatremia (low sodium). If it is too severe, it can cause fluid fluctuations in the brain that can be ruinous.”

Kosta Kokolis, a licensed physical therapist and board certified athletic trainer in the state of New York echoes with Dr Wexler adding, “Water poisoning/intoxication occurs when electrolyte balance in the blood becomes lower than the safe limits. This is caused when sodium, the key-indicating factor, drops below normal functional limits due to excess water intake. This is very common in marathon runners, and during endurance training, because of the excessive thirst.”

In 2007, a 28-year-old California woman died after competing in a radio station’s on-air water-drinking contest. After consuming close to 6 liters of water in just three hours in the “Hold Your Wee for a Wii” (Nintendo game console) contest, Jennifer Strange, threw up in the studio and went back home with a throbbing head and nausea and was found dead a few hours later. So, yes, death by water, or more commonly known as water poisoning or hyponatremia, is officially known.

A YouTube video published by the American Chemistry Society last year, talks about how too much water can be hazardous. It highlights that it takes only about 6 liters of water to kill a 165-pound person.

Understanding Water Poisoning
In essence, hyponatremia means nothing but ‘insufficient salt in the blood’. A healthy blood concentration of sodium per liter falls in the range of 135 to 145 millimoles. In an event of hyponatremia, this concentration can shift below 135 millimoles and cause problems.

The amount of water, salts and other solutes in our body is closely monitored and regulated by our kidneys, which do so by sieving blood through their millions of twisted tubules. When one drinks too much of water over a short span of time, the kidneys cannot flush it out quickly enough, resulting in retention of water in the blood. However, this excess water quickly leaves the blood and is drawn to the regions where the concentration of salt is higher, majorly the cells. This osmotic effect causes the cells to swell up.

While most cells have the flexibility and room to stretch, some don’t—especially the neurons. Brain cells are closely packed inside the skull and literally have no space to stretch. “Rapid and severe hyponatremia can result in the entry of water inside the neurons which can cause the brain to swell. This swelling is not good news as it can result in seizures, bradycardia, respiratory arrest, unconsciousness, coma and even death”, explains Dr Wexler.

The common symptoms of water poisoning are:

Tips To Prevent Hyponatremia
Kokolis advises, “Rather than worrying what amount is too much, everyone should know what his or her normal amount of daily intake is. Sticking to the recommended guidelines is the best way to avoid over-hydrating.”

He further adds, “While exercising you should balance what you’re drinking with what you’re sweating and that includes sports drinks as well, which can also cause hyponatremia when consumed in excess. During exercise, one should increase water intake depending on the intensity of the workout to accommodate for fluid loss. With moderate to short exercise bouts, 1.5 cups to 2.5 cups are recommended.”

In summary, while too little water can be disastrous, too much can be equally damaging. Use your thirst as a barometer to account for how much water you need to drink. This way you do not run the risk of either dehydration or over-hydration.

Read More:
Busting The Myth: Drinking More Water Can Help You Lose Weight Faster
Feeling Tired, Fat Or Sick Often? You Could Be Dehydrated
Keep Your Kidneys Healthy With These 5 Superfoods