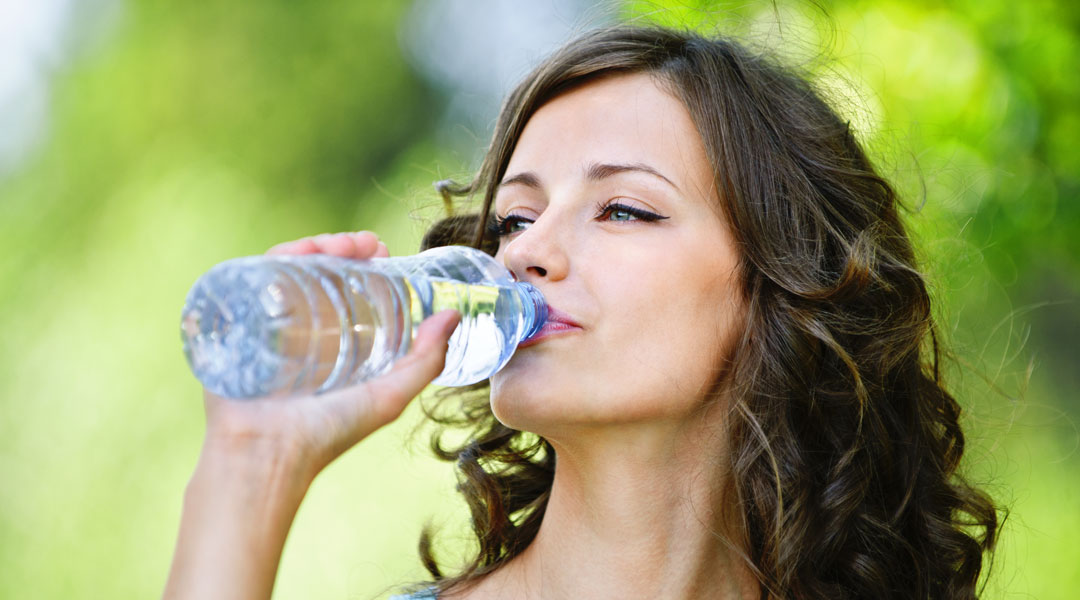 Q: Which type of water is the safest and healthiest to drink? Tap, filtered, or bottled?
A: I believe that filtered tap water is the safest and most economical way to go. I say ‘filtered’ because a massive 2008 investigation by the Associated Press showed that America’s tap water, coast to coast, is contaminated with a vast array of prescription and over-the-counter drugs, including antibiotics, pain medications, antidepressants and sex hormones…in “significant concentrations.” This is happening because when people take pills, their bodies absorb some of the medication, but the rest is flushed down the toilet and water treatment plants don’t remove pharmaceutical residues. They remain in the water that eventually lands back in our drinking water supplies.

Scientists are concerned that even in small concentrations these drugs could harm us over time because water is consumed in such large amounts every day. Our bodies may be able to deal with a big one-time dose of a chemical, but if a small amount is consumed continuously over years…no one really knows what can happen to our health.

Use bottled water in a pinch — it’s important to stay hydrated!, but know that 8 out of 10 plastic water bottles used in the U. S. become garbage or end up in a landfill, contributing to global warming. They’re also found in our oceans as small bits of plastic that fish and birds mistakenly eat because they look like krill. It has been estimated that over a million sea-birds and one hundred thousand marine mammals and sea turtles are killed each year by ingestion of plastics in our oceans.

Bottled water may also not be as safe as you think. In a major study comparing 1,000 bottles of different water brands by the NRDC, several of the brands tested contained dangerous chemicals. Also, the longer a bottle of water sits on a shelf, whether in a grocery store or your refrigerator, the higher the risk you’ll consume a greater dose of a chemical called antimony, a potential carcinogen.

It is estimated that about 25 to 30 percent of the bottled water sold in America comes from a city or town’s tap water – sometimes further treated, sometimes not. To find out if your bottled water comes from city tap water, check the bottle label or the cap – if it says “from a municipal source” or “from a community water system”, this means it’s derived from tap water.

To check your local water quality: go to the Natural Resources Defense Council’s site at www.nrdc.org and then go to “What’s on Tap”? You should be able to access your community’s Annual Quality Report, or you can ask your water utility company for a copy of its annual water quality report. You can also call the EPA’s Safe Drinking Water Hotline at 800-426-4791. Your own water could further be contaminated due to old pipes leading to your faucets.