Parkinson’s disease affects around 200,000 people a year, and while there is already a number of medications to help relieve this ailment, a natural alternative has been proven effective in treating the symptoms — Cowhage.

Cowhage is a bean-like plant that’s native to southern China and eastern India and grows abundantly in tropical and subtropical regions of the world. It has been used in the treatment of Parkinson’s disease and ailments ranging from reducing stress to boosting energy.

Botanical Name and Family of Cowhage

Cowhage is scientifically known as Mucuna pruriens. It belongs to the Fabaceae or Legumes family and has often been referred to as Velvet bean, Atmagupta, Cow-Itch plant, Kapikachhu and Kawach.

Cowhage is a climber that produces legumes. This herb is native to tropical regions of the world, especially widely found in Asia and Africa. Along with its use in agriculture as a soil fertilizer, it also has several medicinal effects and is widely used in Ayurveda as well as the Unani medicine system.

In Ayurvedic medicine, cowhage is known as a nerve tonic and adaptogen that helps the body deal with stress. It is one of the few herbs, alongside Amla, Brahmi and Ginseng, known to stabilize all three of the doshas. This also has quite a reputation as an aphrodisiac and has been used to stimulate the female reproductive system as well.

Cowhage contains levodopa — a substance that converts into the neurotransmitter called dopamine and, therefore, it is effective against Parkinson’s disease, which involves low levels of dopamine. This herb also contains other chemicals such as nicotine, dimethyltryptamine, serotonin and bufotenine.

Cowhage also possesses a number of other bioactive substances, including tryptamine, steroids, alkylamines, cardenolides, coumarins and substances like zinc, iron magnesium and manganese.

Traditionally, the seeds and extracts of cowhage have been used against snakebite. Ayurveda uses this herb to deal with Parkinson’s disease.

Cowhage is also used to deal with parasitic infections, depression and anxiety, and it is used for a condition where a hormone called prolactin is present in excess. It provides relief from muscle and joint pain on local application to the affected area.

Cowhage is available in the form of a powder and as a standardized extract; however, due to its strong effects, it must only be used under adequate medical supervision.

The hairs on the seed pod contain serotonin and exposure to this can cause severe itching. Some of the other common side effects include bloating, nausea, vomiting and insomnia.

Some people may suffer from a headache, agitation, confusion and delusions. Use of cowhage must be avoided by persons with cardiovascular problems, liver disease, diabetes, melanoma, peptic ulcers and mental illness.

Add More Functional Herbs to Your Life With These 6 Products

How to Update Your Herbal Apothecary for Fall Allergies

Why You Should Use Hibiscus to Help With Blood Pressure Management 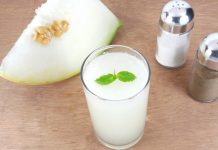