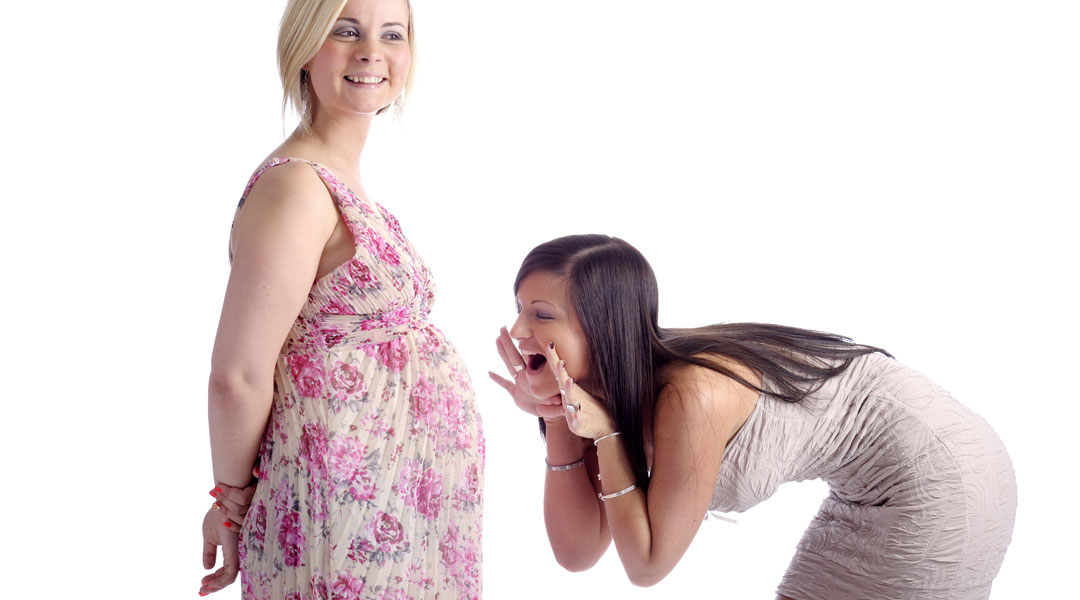 Scientists believe that a fetus may be able to hear by week 18 of pregnancy—16 weeks after conception. This is because the cochlea may have developed by then, while the other parts of the ear keep developing as the months go on, into the 20th week of pregnancy.

Just as we can hear things when we’re under water, bones in the fetus’ head conduct sound, allowing it to hear noises from outside the womb.

Obviously, the sounds inside the uterus are the loudest—the mother’s voice, heartbeat, and digestion—but research indicates that fetuses respond to male voices, too.

Research also shows that newborns can recognize specific songs they heard in utero. So if you want your baby to love your favorite band as much as you do, or at least be familiar with their latest album, play it often while you’re pregnant. The same goes for reading stories and talking with your family members and friends.

You might also enjoy:
Prenatal Vitamins For A Healthy Pregnancy
Flying When Pregnant: What To Keep In Mind

About the author:
Katie Ginder-Vogel is a freelance writer and editor based in Madison, WI. She holds Bachelor’s and Master’s Degrees in English from Stanford University. An avid runner, hiker, and swimmer, Katie writes regularly about health and wellness. She has two children and a dog, who keep her company on the trail, on the road, and in the pool.