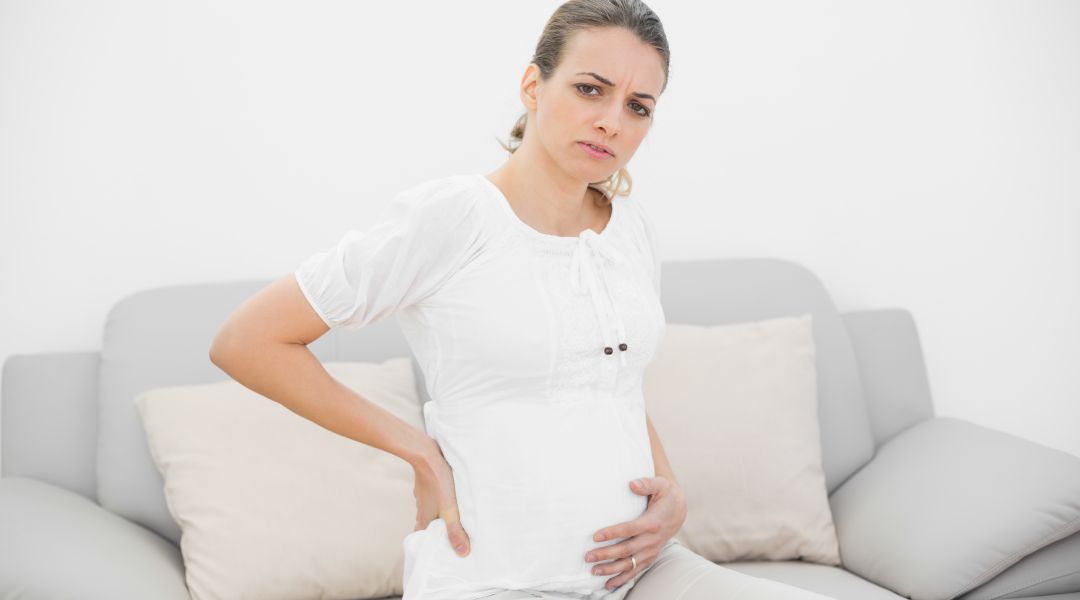 Having a period while pregnant, i.e. bleeding during pregnancy can be normal or it could be a sign of a serious complication. Understanding the difference will help you know when to call a doctor.

Can you have a period while pregnant?
In short, no. However, you may still bleed while you are pregnant, which isn’t rare, although it could suggest that something is wrong with the pregnancy so doctors take it very seriously. You should call the doctor if you have more than a dime-sized drop of blood. Spotting could be normal or it the sign of a serious complication.

Implantation bleeding: This is a term used to describe the bleeding that occurs when the egg is implanted in the uterine lining. As the uterus lining is rich in blood, when the egg tries to dig in it causes bleeding. While common it is different to a period – the blood is dark brown, rather than bright red, and it usually occurs a few days before your menstrual cycle. The flow is also lighter.

Hormonal changes: You may find you have light bleeding, called spotting, during the menstrual days which can be confused with a period. This bleeding will end as the pregnancy develops.

Miscarriage: Miscarriage could cause bleeding and is most likely during the first trimester of the pregnancy. Aside from bleeding, pregnant women may also feel lower abdominal pain and passing of tissue and clots through the vagina.

Ectopic Pregnancy: This medical emergency during pregnancy is one of the common causes of bleeding or having a period while pregnant. Ectopic pregnancy occurs when the implantation occurs outside the uterus. Aside from vaginal bleeding, pregnant women experiencing ectopic pregnancy may also suffer from sharp pain in the lower abdominal area.

Placental Abruption: This usually happens in the last trimester of pregnancy and can cause vaginal bleeding. This happens when the placenta detaches from the uterine wall before the delivery. Pregnant women with placental abruption may also suffer from intense pain in the stomach. Placental abruption is most common in pregnant women who are over the age 35, using recreational drugs, high blood pressure or have sickle-cell anemia.

Placenta Previa: A complication of pregnancy in which the placenta grows in the lowest part of the womb (uterus) and covers all or part of the opening to the cervix. The main symptom of placenta previa is sudden bleeding from the vagina. Some women have cramps, too. The bleeding often starts near the end of the second trimester or beginning of the third trimester.

Other conditions: Other common causes of bleeding while pregnant are infection, cervical irritation, preterm labor and cervical growth.While it is impossible to have a period while pregnant, you may bleed during pregnancy. If you see more than a dime-sized drop of blood, call your doctor. Spotting might be normal, or it could be a sign of a serious complication.