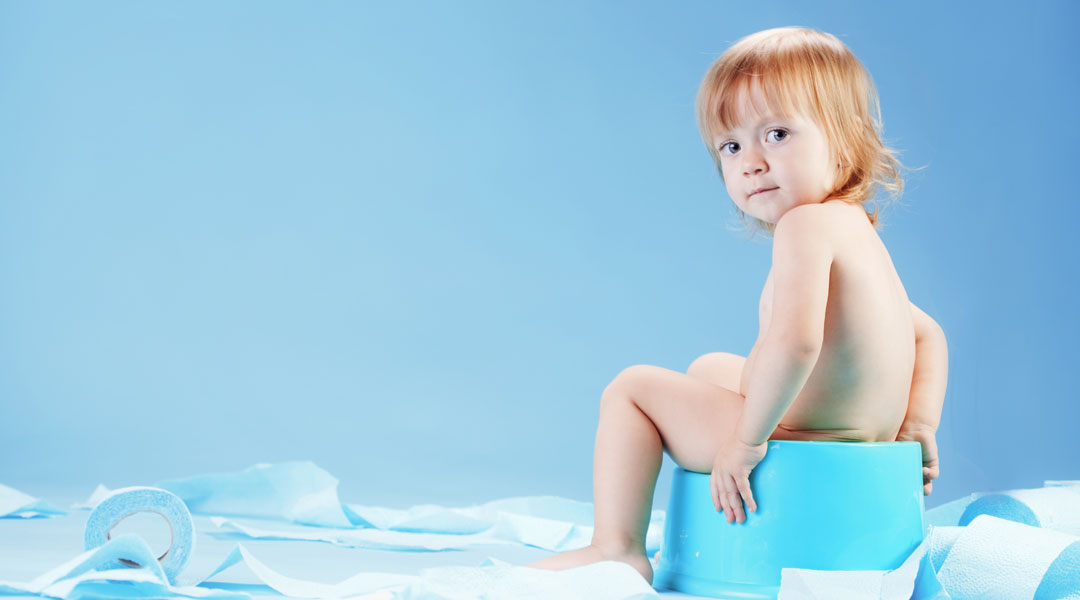 I’ve always been amazed by the amount of energy, effort and time parents put into potty training their children. Many treat it like a job, with the attendant stress and exhaustion.

As a parent who moved enough to have four different pediatricians by the time my oldest son was three, I was inclined to trust the advice I heard from all four of them: “Just wait. You’ll know when he’s ready.”

Even when I worried that he was really late to toilet train, his preschool teacher said, “If you’ve given him the information he needs, then he’ll decide when he’s ready.”

Now that he’s potty trained, with very little effort on my part, I feel fairly confident saying to other parents, just like my pediatricians said to me, “Trust me. Just wait. You’ll know when he’s ready.”

According to the American Academy of Pediatrics (AAP) Healthy Kids website, which offers countless potty training tips for parents, several factors are key: emotional readiness, body awareness, the cognitive ability to make a plan and carry it out as well as the ability to think in a more complex way.

“It really depends on the personality and development of the child,” says Edward Kulich, MD, a New York based, board certified pediatrician who makes house calls to families in greater New York City, New Jersey and Connecticut and treats the children of numerous celebrities. “I’ve seen kids who have potty trained themselves at 18 months, but it’s normal not to be potty trained and be 5. Some kids aren’t ready until later.”

According to Kulich, readiness depends on the child’s personality and physical development. Bladder maturity and the ability to control one’s bowel muscles are key. Also, nighttime potty training can take longer than daytime training.

“If a child sleeps deeply, he can wet the bed at night,” explains Kulich. “If a child can go all night without pooping, that can be a good sign that they’re ready, because they have the muscle control of their bowels.”

According to the AAP, if your child is having accidents at school or when you’re not at home, that’s normal and will resolve with time. Children usually do better at home because it’s the most familiar environment for them. For example, kids get caught up in playing at school, and having to get a teacher to watch their stuff or come with them to the bathroom (which could be down the hall from the classroom), can be reasons enough to cause them to have an accident. The same goes for being at a friend’s house, the library or the park.

Likewise, major life events, like a cross-country move or a new sibling, and transitions, like moving from one classroom to another at preschool, can delay or cause regression in toilet training.

“There’s nothing wrong with putting your kid back in diapers and giving them another six months, even if all the kids in your playgroup are potty trained and all the other parents are talking about it,” says Kulich.

Kulich warns parents against being too overeager. “Some parents want it done, and they want it done fast,” he says. “If the child isn’t ready, it can cause problems. Kids can develop constipation, and it turns into an issue.”

Kulich encourages parents to take the approach with which they are most comfortable. “Some parents are very involved in the process and want results, so they’ll encourage their kids to run around without diapers as early as 19 months to potty train,” he says. “Others wait until preschool, so the child can see other people using the potty. Others are even more laid back than that.”

As for that saying that boys toilet train later than girls? “Not true,” explains Kulich. “Those are usually anecdotal reports. Often younger siblings catch on faster, though, because they have a model.”

“Parents should understand that it’s OK if their kid doesn’t catch on immediately,” reminds Kulich. “Pushing the issue with a kid that’s not ready tends to cause more problems than it’s worth.”

You might also like:
Parenting QA: What’s The Best Way To Handle Potty Training When Taking A Long Car Trip?
Parenting QA: How To Potty Train In Public Places Like Parks And Museums?
10 Tips For Stress-Free Travel With Kids