For those who aren’t aware, squalene is a natural substance that humans produce, but it is also commonly found in olive oils and shark livers. This particular oil has been praised for its abilities to fight acne while improving the look and overall feel of the skin. Squalene oil has been found in a variety of skincare products ranging from facial serums to daily moisturizers.

In addition to benefiting your face, were you aware that squalene oil can benefit your well-being as well? From boosting the immune system to displaying anti-cancer capabilities, this oil that no one really has heard of might just be a staple in your home once you find out what else it’s capable of.

Before we get into the benefits, you should know that even though squalene and squalane are spelled similarly, squalene is broken down into squalane and squalane is the oil that is most commonly found in cosmetic products. Squalene offers the many health benefits listed below.

Squalene has some beneficial abilities when it is consumed, either along with your food or as a supplement. These abilities include anticancer effects, antioxidant activity and it may even improve the immune response to vaccines.

In a 2014 study involving mice, researchers found that when squalene is used in combination with Doxorubicin, a common chemotherapy drug, the effectiveness of this drug was 10 times better at killing cancer cells and inhibiting tumor growth than it would be by itself.

Reduces the Side Effects of Chemotherapy

In another study conducted on mice later that same year, it was concluded that squalene reduced the DNA damage caused by the chemotherapy drug doxorubicin, especially when squalene was given after doxorubicin. The study also found that squalene increased tolerability of doxorubicin five times that amount while also preventing heart toxicity, which is a common side effect of doxorubicin treatment.

Squalene oil contains elements that have the ability to strengthen an individual’s immune system response. According to a study conducted by the American Cancer Society, this oil contains alkylglycerols, which some researchers have claimed can fight off colds, viruses and infections. Other conditions, like arthritis, asthma and psoriasis, may also be alleviated by squalene oil supplements.

In a 2016 study, researchers discovered that mice show signs of liver dysfunction and abnormal enlargement of the liver because they do not have the ability to synthesize squalene as humans do.

However, when higher levels of squalene synthesis in mice were linked to increased liver size and dysfunction, along with high cholesterol levels, researchers found that a balance between high and low squalene levels may be beneficial in treating liver dysfunction.

Protects the Neurons in Parkinson’s Disease

In another study conducted on a mouse with Parkinson’s revealed when squalene was administered for seven days, the mouse maintained levels of dopamine in the brain and reduced oxidative damage while preventing the toxicity of a chemical that destroys dopamine neurons (6-OHDA).

Since these studies have been conducted on animal subjects, there are little to no human studies that support the efficiency of squalene use. Nevertheless, studies are still being conducted and what researchers have discovered so far seems promising for a variety of health ailments. Squalene can be found in supplements and in oil form, but make sure you speak to your doctor before adding any new supplement into your daily regimen.

For the first 15 min. cialis price in south africa Then BOOM, 20 min. 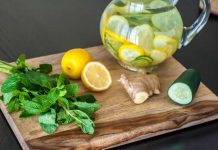