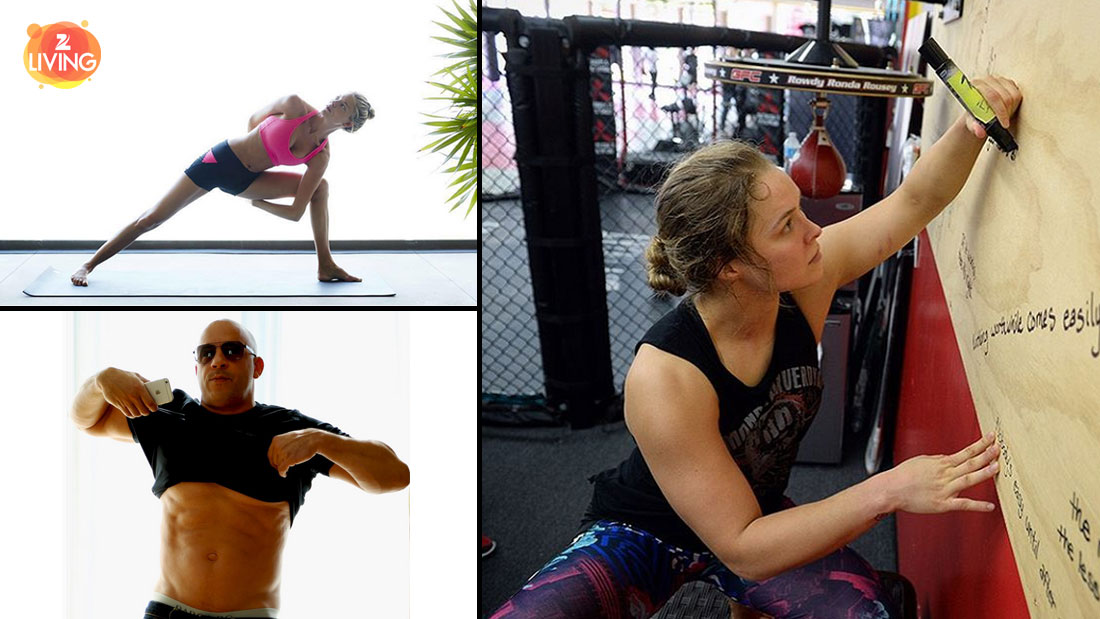 Almost every other Monday, we round up the most impressive fitness updates on social media, most of which are led by celebrities. On our radar this week are Vin Diesel, Martha Hunt, Gwyneth Paltrow and Ronda Rousey, each of whom deserve to be at the top of the leaderboard.

Stretch It Like Martha
This Victoria’s Secret Angel took to Instagram with the bound side angle pose, a yoga asana that opens up the hips. A variation of the triangle pose, it works as an excellent full-body stretch that relieves stress, improves digestion, and gears you up for more complicated postures. Make note that this is an intermediate pose and must be practiced with extreme caution.

Cardio With Vin Diesel
The A-lister relies on good old running to get some aerobic exercise. Gearing up for the next instalment of The Fast & Furious, we’re sure he’ll be adding some power lifting to his routine, closer to the filming of the movie which is set to release in April 2017. Running is an all-encompassing workout that increases the oxygen delivered to the body.

Find Inspiration With Rousey & Paltrow
While UFC champion Ronda Rousey took to what looked like an inspiration wall with a pen to say, “use you hands as a tool, your mind as a weapon,” Gwyneth posted a snapshot from her Tracy Anderson class, which is customized to suit one’s body type and goals. The A-list celebrity trainer was our Fitness Star of The Week very recently, so if you, too, want to work out like Gwyneth, here’s how you can adopt the Anderson program.