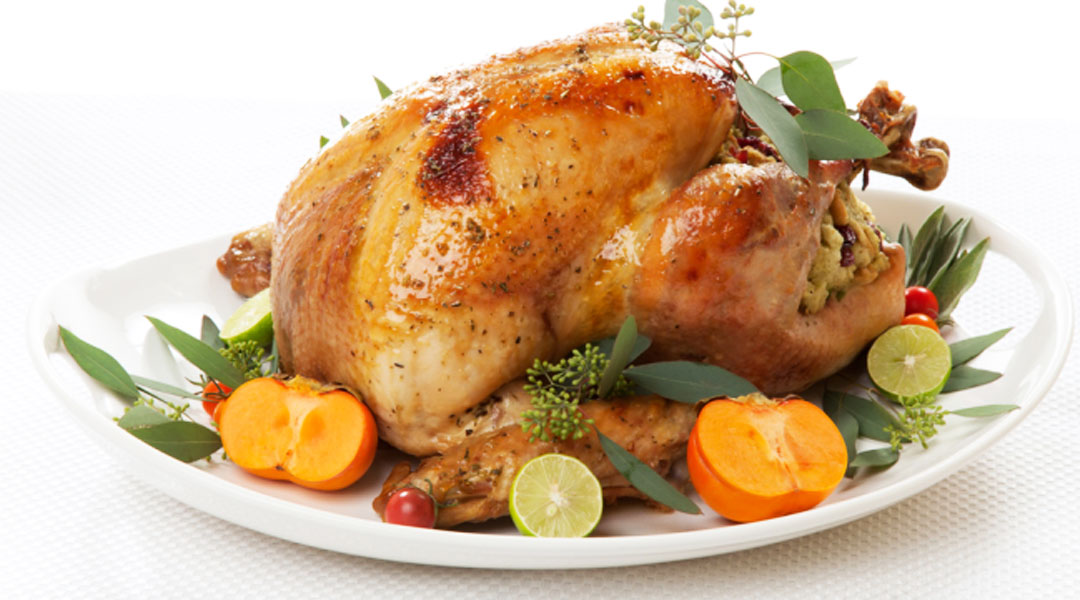 Native to North America, wild turkey was a staple in the Native American diet. It was introduced to the early Pilgrim settlers in 1620 when, following an unlucky crop year in the new climate, they began cultivating native eating traditions. They began eating foods like corn, squash and turkey. The first Thanksgiving was celebrated in 1621 at the behest of Governor William Bradford. Native Americans were invited guests of honor and turkey was served.

Thanksgiving became an official holiday in the United States on October 3, 1863; and in Canada on January 31, 1957. The traditional Thanksgiving meal has always been roast turkey, potatoes, stuffing, and cranberry.

Turkey is a healthy, satisfying meal for any time of year. Like chicken, it can be used in soups, salad, sandwiches, casseroles, and pasta dishes to add protein, flavor and nutrients.

Packed with vitamins and minerals
Along with chicken, turkey is a lean and healthy source of meat protein. Healthier than red meat, poultry contains important vitamins and minerals that are essential to good health. Turkey is part of a group of high protein foods (including tuna and egg whites) that can help keep post-meal insulin levels within a desirable range.

Mind your turkey portions
Animal proteins are significant sources of dietary cholesterol and saturated fat. These two compounds have been associated with development of various chronic diseases, including heart disease and some forms of cancer. Even lean meat like turkey should be eaten as part of a balanced meal that also contains vegetables, grains and legumes. Portion sizes of any meat, including turkey, should not be more than 3 to 4 ounces.

Turkey contains naturally occurring substances called purines, which are commonly found in plants, animals, and humans. In some individuals who are susceptible to purine-related problems, excessive intake of these substances can cause health problems. Since purines can be broken down to form uric acid, excess accumulation of purines in the body can lead to excess accumulation of uric acid. The health condition called “gout” and the formation of kidney stones are two examples of uric acid-related problems that can be related to excessive intake of purine-containing foods. For this reason, individuals with kidney problems or gout may want to limit or avoid intake of purine-containing foods such as turkey.

Healthy turkey tips
The turkey should be fresh: Turkey can cause salmonella disease if not cleaned and stored properly.

Avoid the skin: Almost all of the fat in turkey is found in the skin, and dark meat is higher in fat than the light meat.

Roast don’t fry: As always, battering and frying in oil significantly increases the fat content in any food.

Turkey is versatile, high in protein and low in fat. Roast turkey is not only festive at holiday time, but appropriate any time of year. Leftovers can easily be incorporated into other turkey-based recipes. Turkey is also a healthy substitute for red meat. Burritos, pasta and hamburger patties can be made with turkey for a lower fat, healthier meal.

Read More:
Cooking With Lentils
The Diabetic Diet: What You Should Know
Grocery Tips For Healthy Diabetic Meal Plans