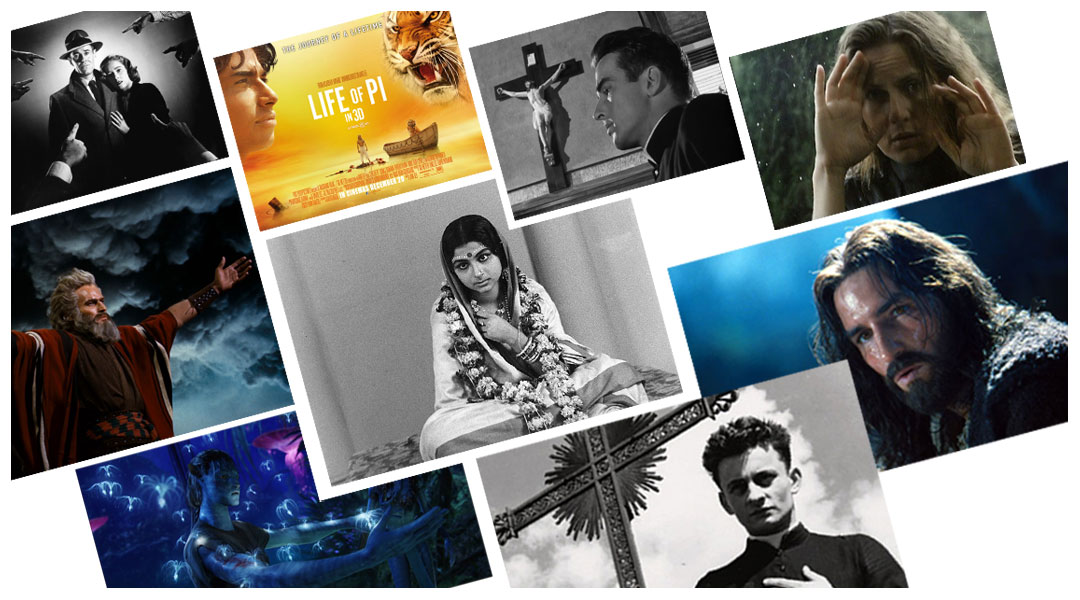 Spirituality is just another name for the connection with your spirit. We may have the desire but might not know where to start. Some are found poring over books, others find spiritual masters or healers. However, not many turn towards films for help. It may sound like a peculiar prospect, but cinema has lent itself to spiritualism.

Here are some spiritual films, or films inspired by spirituality, that you should not miss:

1. The Tree of Life (2011)
This is the closest any feature film can ever come to meditation. It traces the beginning of life on earth, even the beginning of earth itself. It intercuts it with family life and living in the modern world. Terrence Malick’s films are becoming more esoteric and overtly spiritual as he transcends into the second phase of his career. These films don’t have a conventional plot, and stray more towards offering an experience. The Tree of Life is the definitive spiritual experience on celluloid.

2. The Fountain (2006)
Darren Aronofsky, the director of The Fountain said his film is about coming to terms with your own death. This may sound morbid, but this film is about much more than death. It explores several themes like love, reincarnation, science, Biblical allegories and more. It’s a cerebral puzzle and a transcendental experience. The stunning music by Clint Mansell adds to the beauty of the film. Aronofsky’s recent Biblical epic, Noah, is another provocative film that must not be missed.

3. The Ten Commandments (1956)
The Ten Commandments was the first Biblical film that also became a blockbuster. The story of Moses could not get more compelling and grand. More than 30 years later, Krzyzstof Kieslowski has made 10 films about the 10 commandments with a modern spin to them. This masterwork doesn’t exactly preach each commandment, but presents scenarios where these divine rules mingle with human folly.

4, 5. The Wrong Man (1956) & I Confess (1953)
Alfred Hitchcock was known as the master of suspense, not exactly for being a cinematic spiritualist. These are his only films which deal primarily with Christianity and faith. Hitchcock’s main theme across his films was: an innocent man wrongly accused of a crime, which happens to be similar to the later life of Jesus Christ. He was accused of being the king of Jews and various other crimes he didn’t commit. He took the punishment without a cry, and did not speak up to defend himself. These two Hitchcock films are about such men. One doesn’t speak even after being falsely accused of a murder; the other cannot speak out of the holy priest-penitent privilege when a man confesses to him about a murder. The resolution of both films is played out by a higher power.

6. Life of Pi (2012)
Life of Pi is an epic adventure and a challenging survival story. Sounds a lot like life, doesn’t it? This film isn’t just for people who believe in a higher power, it should be seen by believers of humanity. Characters like Pi are a rarity in cinema. He doesn’t just believe in one religion, he believes in all of them. This allegory of a boy conquering his animal instincts and learning to befriend a tiger is nothing short of magical.

7. Devi (1960)
Religion comes with the infamous baggage of superstitions. Nominated for the Palme D’Or at the Cannes film festival, Satyajit Ray’s film is a mindful look at the perils of superstition but never looking down upon it. The film is about a young woman who is believed to be the incarnation of a goddess. Following a dream where her father-in-law sees her as the reincarnated soul, she first shrugs off the idea but soon, she starts believing it to be true. What follows should be seen by everyone interested in religion.

8. Diary of a Country Priest (1951)
“God is not a torturer”, cries out the protagonist. This somber film about a tormented priest fighting with his inner demons and outer rebukes is one for the ages. The priest writes his diary and talks to himself throughout most of the film. It sounds like an inner dialog with God. His dialog with everyone around him raises profound questions about human existence and the divine presence. His final words are, “All is Grace.”

9. Winter Light (1962)
If Diary of a Country Priest is the yin, Winter Light is the yang. Like the film above, Winter Light is also about a priest but he isn’t the most strong believer. He doubts and questions the silence of God. This film is quite depressing and dreary. It’s isn’t an easy watch, but it isn’t afraid to face the questions head-on. It doesn’t offer an optimistic answer, but it does offer a truthful resolution.

10. 2001: A Space Odyssey (1968)
2001: A Space Odyssey and The Tree of Life are fraternal twins. An intellectual mind tends to believe in science more than religion. Stanley Kubrick made the most cerebral films but 2001: A Space Odyssey is perhaps the only one where he touches upon the idea of a higher power. The film is split into phases of life on earth, or phases of the earth, some might argue. It follows the evolution from ape to modern man to the final man. Kubrick also toys with the idea of what could come next in earth’s destiny. It’s an endlessly fascinating film with more than a dozen interpretations.

11. Spring, Summer, Fall, Winter… And Spring (2003)
We are aware of the seasons in nature, but what about the seasons in a man’s life? This deeply moving film is set on a house on a small lake. It rarely leaves this location. It is about two people, about the most sacred relationship, not just in Buddhism but in every ism, that of a master and his disciple.

There are many films made on the life of Jesus Christ, but these are the most important. King of Kings and The Greatest Story Ever Told are straightforward but effective retellings in an old-school Hollywood way. The Gospel According to St Matthew is considered by many as the best depiction of the life of Christ. The Passion of the Christ is the most successful, but it irked some members of the audience for its anti-Semitism. The Last Temptation of Christ is the most unconventional of the lot; it’s also the most controversial.

Then there are films like Avatar, that portray spirituality in more subtly, set against the backdrop of a futuristic world. No matter which of these you choose to see, each movie will bring home a sense of peace, learning and inspiration.

Read More:
10 Amazing Movies Every Woman Must Watch
Cuddle Up With These 10 Romantic Oscar Movies
Spirituality – Your path to a purposeful life
7 Fabulous Movies That Will Inspire You To Run