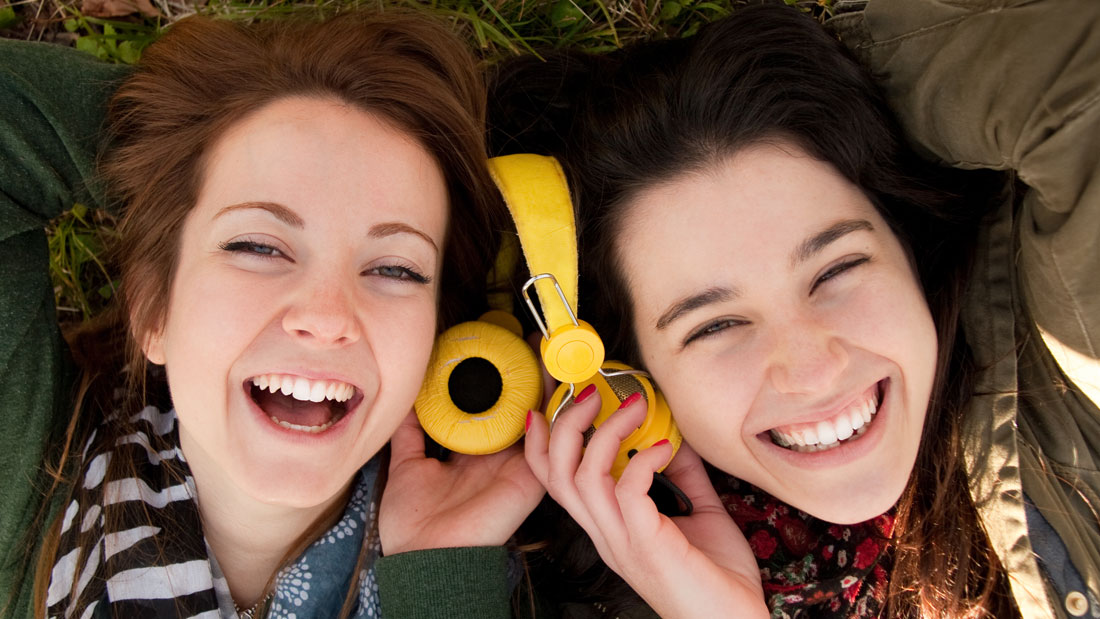 It’s International Women’s Day on March 8, and this year’s theme is all about empowering women. We decided to celebrate the worldwide event by selecting ten of the biggest songs, that highlight the beauty and power of being a woman. If anyone knows a thing or two about being empowered and ruling the world, it’s the music divas we’ve featured here.

These powerful ladies will stir you up with their anthems, which are guaranteed to make you feel sexy, strong, confident and well, awesome! Play these loud while working out, doing the housework, or simply having a good time with the girl friends.

1. Respect, By Aretha Franklin
The biggest girl power anthem ever, would you believe that it was originally released by soul superstar Otis Redding in 1965? Franklin heard the song and decided to change the words from a man demanding respect, to those that empower women everywhere. A landmark for the feminist movement, this Grammy-winning song has become a rallying cry for women and girls of all ages, and is checked by First Lady Michelle Obama as one of her favorite songs.

2. Independent Women (Part 1), By Destiny’s Child
Who runs the world? Without doubt it’s Queen B, and as part of Destiny’s Child, she came up with this much-loved girl power anthem. Originally featured in the Hollywood flick Charlie’s Angels, Beyoncé wrote this after a big blowout with her then boyfriend. The songs mantra was “I don’t need a man, I’m independent“; it’s all about being a strong, confident and financially independent female. What’s more, this hit even ended up in the Guinness Book of World Records for being the longest-running song on the charts by a female group.

3. I’m Every Woman, By Chaka Khan
The number one hit for Whitney Houston in the 1990s, the original by Chaka Khan is a timeless anthem and an exuberantly sexy celebration of being a woman. A fourteen-year-old Whitney actually sang backing vocals on the original 1978 hit, and later cited the song as one that empowered her to become a successful woman. Oprah loved the song’s message so much, that she unveiled the “I’m Every Woman” campaign in 1993, using this as her show’s theme song all season long.

4. I Am Woman, By Helen Reddy
If you ever need to boost your self-confidence and feel you can take on the world, listen to this top anthem. On its release, I Am Woman became a cultural milestone across the US, and is now synonymous with the American woman’s liberation movement. Reddy won a Grammy Award and created waves with her acceptance speech. She thanked “God, because She makes everything possible.” The song was even played at the 2010 Oscars for Kathryn Bigelow after she became the first woman to win the Best Director Award.

5. Superwoman, By Alicia Keys
Alicia Key’s number one hit in 2008 set the record straight for girls and women around the world, giving them hope that they could achieve anything they set out to do. An uplifting song for any woman that is going through changes in her life, it’s about acknowledging that ordinary women like your mother or you are the real heroes. They take care of themselves and stand by their loved ones no matter how hard and difficult times may seem. It earned Keys her second consecutive Grammy Award for Best Female R&B Vocal Performance.

6. Express Yourself, By Madonna
The Queen of Pop never sounded better than she does here in this funky pop tune about female empowerment that’s inspired everyone from the Spice Girls to Lady Gaga. In this hit, Madonna urges women to express themselves and their inner feelings clearly and never to settle for anything but the best in life. Madonna’s mantra was if a woman didn’t speak up for what she wanted, then she was not going to get it. An MTV classic, the David Fincher directed clip was the most expensive music video in history at the time.

7. Sisters Are Doing It For Themselves, By Eurythmics
More self-empowering than a motivational seminar, Annie Lennox shares the vocals with soul sister Aretha Franklin and The Charles Williams Gospel Choir. A beacon for women’s rights the world over; this classic hit is about being strong and confident as a woman, and reminds women that they can achieve anything they set their heart and mind to. A perennial favourite on movie soundtracks and TV shows, it’s been covered by everyone from Kylie Minogue to even Lisa on The Simpsons.

8. What’s Love Got to Do With It, By Tina Turner
Women around the world were immediately singing along with the Queen of Rock on this liberating anthem about reclaiming your life after heartbreak and a bad relationship. After years of spousal abuse, Tina finally split from her husband Ike. She got nothing in the divorce and endured many hardships. This all led up to one of the biggest hits of all time. What’s Love Got To Do With made Turner a music icon, won her three Grammys, and even inspired an Oscar-nominated movie (with the same title) about Turner’s life, starring Angela Bassett.

9. I Will Survive, By Gloria Gaynor
Set to a thumping, synthesized bass line, this dance club staple has been an anthem for female empowerment for close to four decades. The song was ranked #1 in VH1’s list of the 100 greatest dance songs, and it’s the perfect track for any woman who wants to celebrate her life and have a good time, leaving all her worries behind. In 1979, it won Gaynor a Grammy for Best Disco Recording, which was the first and the last time the Grammys gave such an award out.

10. Girls Just Want To Have Fun, By Cyndi Lauper
Leave your man at home and party with the girls all night to this one! A timeless feel-good anthem, it’s loved by women everywhere. It topped the charts in 25 countries and cemented Lauper as a global voice for womankind. It even inspired a girl power flick of the same name (and yes, the song was part of the soundtrack), which starred Sarah Jessica Parker, Shannen Doherty and Helen Hunt.

Read More:
Elevate Your Mood With Music
How To Be A Girl’s Girl: Real Stories From Real Women
4 Wonder Herbs For Women