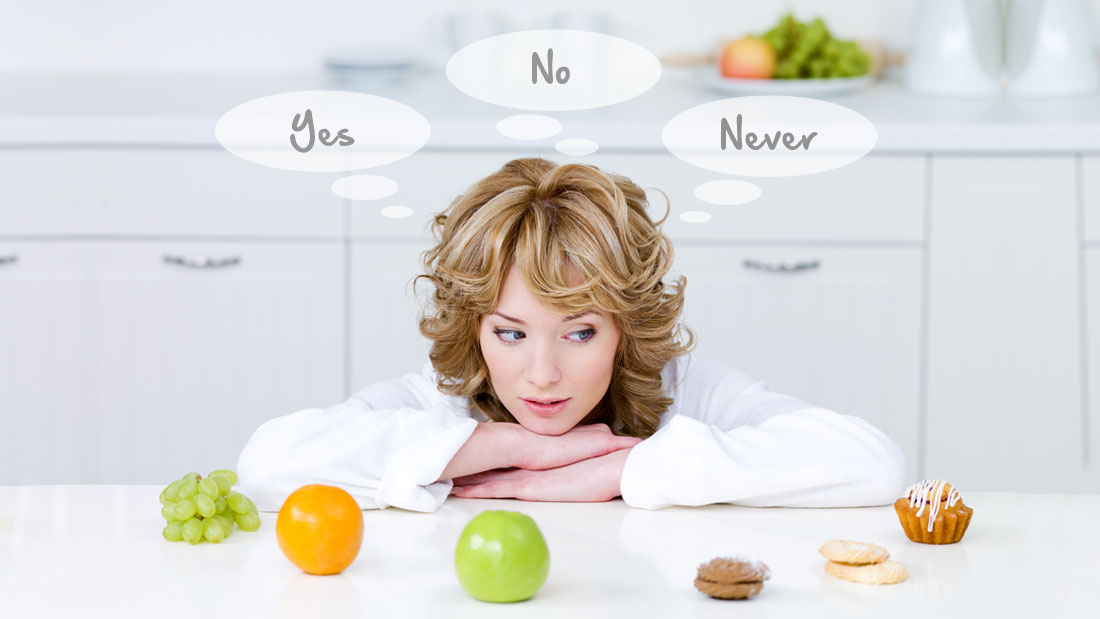 Orthorexia nervosa was first coined by a Californian doctor, Steven Bratman, in 1997, but it isn’t a formal medical condition yet. But it is a condition indeed—one that can have far-reaching physical and mental effects.

What Is Orthorexia?
“Orthorexia, although not classified in the DSM-5 as a clinical diagnosis, is a condition describing those who eat a stringent diet that is limited to extremely pure or healthful foods,” says Christen Cooper, registered dietitian and doctoral candidate in nutrition and education at Teachers College, Columbia University.

Experts believe that it is closely related to other eating disorders such as anorexia nervosa and bulimia nervosa. The goal here is not to be thin, but like other eating disorders, it is about controlling food intake to conform to a perceived healthy ideal. This perception can lead to unhealthy food choices, often based on factors such as internet studies and reports, celebrity endorsements and online availability.

“People begin to spend a significant amount of time researching the ideal diet, gradually cutting out foods that they consider bad and ultimately end up basing their whole sense of self-worth and achievement on the ability to adhere to such dieting standards,” says Olivia Thakkar, a licensed psychologist in Michigan. What starts out as an interest in developing a healthier lifestyle suddenly consumes the person’s life, to a point where their self-worth is attached to the ability to achieve perfect eating standards.

The only difference is that, unlike anorexia, where food intake is restricted, or bulimia, where food binges are followed by some form of purging, orthorexia always involves an intense compulsion to stick to any single way of eating food, thinking and behaving around food.

Orthorexia also isn’t the same as following a certain plan for ethical reasons, dietary reasons like allergies or because of food intolerances. This is a thin line and is often blurred, which is why orthorexia can go undetected or unnoticed.

Why Is It Bad?
The food pyramid is often regarded as the ideal model for balanced eating—carbohydrates form the base and fatty foods are the pinnacle. The pyramid does not ban food; everything is allowed in moderation. Remove any part of the pyramid and it is likely to crumble and fall.

Orthorexia is focused on the content of the food, which when restricted, can even lead to starvation. It starts with going vegetarian, then all-organic, then avoiding GMO, then it’s lactose, then follows gluten, then fruit with pesticides, then mercury in certain fish. In the end, there’s very little left that an extreme orthorexic is able to eat.

The problem with orthorexia is that it starts out with good intentions—an attempt to eat more fruit and vegetables and less processed foods. This could suddenly turn into a set of strict rules that have no scientific base. For example, people will stop having dairy even though they are not dairy intolerant. They will avoid foods such as carbohydrates and fats, which are important for proper metabolic processes and if deficient, could cause serious problems.

Orthorexics have an obsessive behavior and attitude towards food. These behaviors can manifest themselves in different ways—including psychological consequences such as stress and anxiety.

“In the worst case, someone with orthorexia nervosa can become so obsessive-compulsive and fearful about eating anything that’s not healthy, that they become unhealthy, socially isolated and potentially self-destructive,” says Melanie Young, a nutrition health coach in New York City.

Orthorexia is a psychological condition, but it can have long term side effects on both, the body and the mind. Socially, people with such an unhealthy obsession avoid situations in which eating is involved and where they cannot control the food on the table. They soon start isolating themselves and stop meeting people, and carry a constant anxiety and fear of being unable to always control what they are eating.

How To Treat It
The first step, like every other problem, is recognizing that there is one. This can be very painful, as people many times have to overcome denial and acknowledge that they have missed out on significant life events due to their obsession with healthy eating.

“Understanding the function of orthorexia in their lives is another important step: does it protect them from other sources of fear? Why do they have such extreme need for control? Seeking psychological treatment with a specialist would allow them to ask these questions and gradually help them relinquish control and realize that they can survive and thrive without their unhealthy obsession,” says Thakkar.

Read More:
Love Your Reflection: 3 Tips For A Healthy Body Image
How To Treat Bulimia
Celebrity Inspiration: Not All Kids From Famous Families Are Doomed