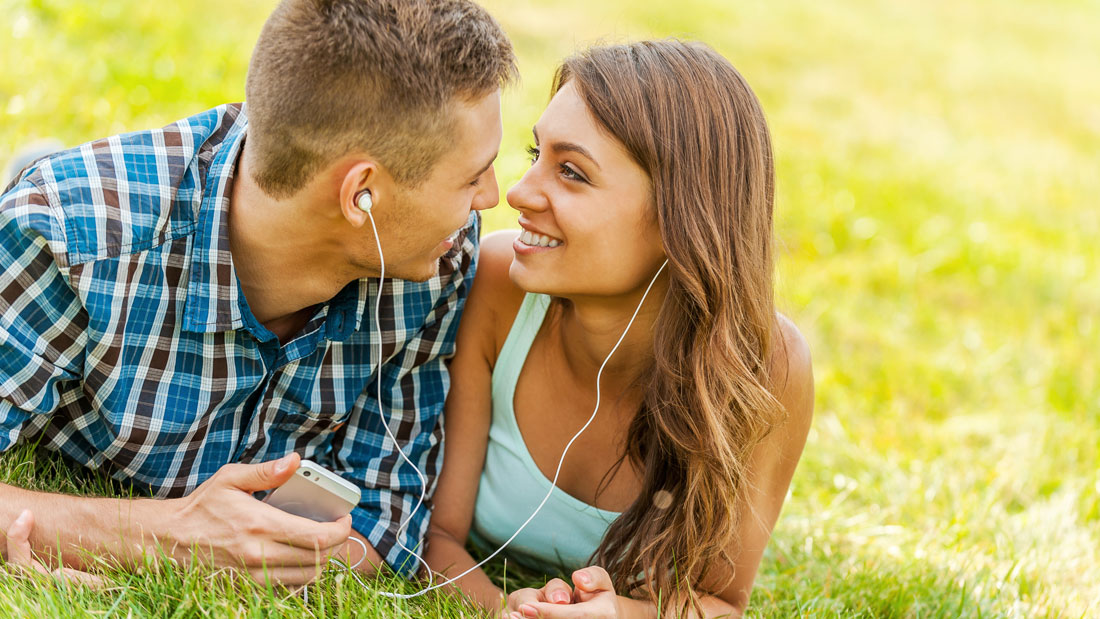 Here’s the secret all great lovers know about pleasing their partners—how to set the mood with the right kind of music. Further to that thought, you want to make sure you have a romantic playlist ready for your own Valentine’s date. If you’re not entirely sure what to put on it, refer to our handy list. When you hear the first notes of any of these songs, you’ll know what’s in store. From slow ballads to upbeat jams, play these 10 tunes for that special someone, and your feelings will be crystal clear to them.

1. Let’s Get It On, By Marvin Gaye
The most sensual of all soul singers, Gaye understood that making love was the most spiritual and sacred thing in a relationship. An instant mood-lifter, Let’s Get It On is one of the best selling singles of all time on the US charts.
Watch It Now

2. Thinking Out Loud, By Ed Sheeran
Fusing soul, sweet pop, soft rock and just about everything else, this romantic ballad has a playful edge, with sweet hooks that force you to smile and kiss along. Sheeran performed this at the recent Grammy awards, and couples the world over have adopted this as their love anthem de jour for 2015. It’s currently the number one track on the US charts.
Watch It Now

3. Endless Love, By Lionel Richie & Diana Ross
This may have been played at every school prom thirty years ago, but Endless Love is now a classic that outlines how relationships need both partners to be honest and open about their feelings.
Watch It Now

4. Crazy For You, By Madonna
A song about attraction, lust and falling madly in love, it’s possibly the best song by queen M. With its mysterious beat, sweet lyrics and deep bass line, this blockbuster hit from the 80s has been on romantic compilation soundtracks for the last three decades.
Watch It Now

5. Nothing’s Gonna Change My Love For You, By Glen Medeiros
Love songs come and go, but this vintage hit has been a staple at American weddings forever. Whether you consider the title cliché or not, this is the song for a candlelight dinner, a snuggle session, or those long, romantic drives.
Watch It Now

6. Everything I Do, By Bryan Adams
The Canadian superstar has the ability to melt women’s hearts and turn them ‘inside out’ (remember his popular song?). Everything I Do earned him a place in the Guinness World Records for being the longest-running chartbuster in the history of music. If this doesn’t express your feelings, we don’t know what will!
Watch It Now

7. Truly Madly Deeply, By Savage Garden
No innuendo in its lyrics; Australian duo Savage Garden makes it clear in their first hit that they’ll be your dream, your wish, your fantasy and your love. The song spent half a year at the top of the charts worldwide, and has turned up in dozens of movies and even TV shows like Dancing With The Stars.
Watch It Now

8. Unchained Melody, By The Righteous Brothers
It holds the record for being the most covered love song of all time, with over 4,000 different versions in hundreds of different languages. Slow-dance to this number, or be a little more romantic and enact that sensual scene between Patrick Swayze & Demi Moore in the movie Ghost.
Watch It Now

9. Independent Love Song, By Scarlet
British duo Scarlet stormed the charts worldwide with this sensual gem from the 1990s. The woman is giving her lover directions for a change. She’s telling her man what to do, how to do it, and how often. It became one of the most requested love songs on US radio, after being featured in the Christian Slater romantic flick Bed Of Roses.
Watch It Now

10. Miracles, By Coldplay
Released only a few weeks back by Coldplay (for the Angelina Jolie flick Unbroken), this is possibly the best song the group has ever done. Chris Martin’s distinctive soulful cry on this uplifting ballad is the ultimate stimulus for an evening of sweet and tender romance.
Watch It Now

Read More:
Elevate Your Mood With Music
Can’t Get Enough Of Music? Blame Your Genes!